Love is the prime and the supreme emotion that binds humans together. Finding true love is one of the most challenging pursuits. Yet, real life love stories in India continue to inspire us – right from history.

We all have experienced the beautiful feeling of love that has changed the course of our lives and played a pivotal role in shaping us into the person we are now. But there are some real life love stories in India created history by their pure, eternal love for each other nevertheless together or separated.

Here are my top 10 iconic real life love stories in India that stands eternal fighting time, caste, creed, religion, and everything else.

Shah Jahan and Mumtaz are the most iconic love couple known for their true love. Shah Jahan’s eternal token of appreciation to his wife Mumtaz is the emblem of love for lovers throughout the world since then. Taj Mahal is considered one of the wonders of the world not only because of its stunning structure but also because of the pure love of this eternal couple.

Want to visit some another romantic place now? Check this out.

2. Salim and Anarkali- A Tale of Immortal Love

This widespread love story of a Mughal prince Salim and a courtesan Anarkali is immortalized through various art forms across India.  When emperor Akbar was against Prince Salim’s love for Anarkali, Salim waged war against his father. Akbar won the battle. Anarkali entombed herself alive to save Salim.

This epic love story has been recreated into movies and television serials that have succeeded in keeping the tale alive.

Watch the trailer of Mughal- E-Azam, the love story of Salim and Anarkali:

3. Bajirao and Mastani- True love Against All Odds

The great Maratha warrior Peshwa Baji Rao fell in love with Mastani, whose sources of origin are unknown. He married her against the wills of his family and society. When Bajirao died in battle, war wounded, grief stuck Mastani committed suicide. Their love for each other stood tall, fighting all the oppositions from the community.

Watch the incredible story of Bajirao and Mastani:

4. The Prithviraj Chauhan and Samyukta Story – An Epic saga of Love and Rivalries

This epic Indian saga is the story of King Prithviraj Chauhan and Princess Samyukta, who was the daughter of King Jaichand of Kannauj, the rival of Prithviraj. Jaichand invited everyone except Prithiviraj for the Swayamvar of Princess Samyuta. He made a clay statue of Prithviraj to keep as his doorman. But Samyukta chose to garland  Prithiviraj, who was hiding behind the statue and escaped with him. Samyukta sacrificed her own life after hearing the news of Prithviraj, defeated by Mohammed Ghori.

The adventurous and time immortal tale of Prithviraj and Samyukta is recreated into television serials, cartoons, and movies.

Watch the heroic yet tragic love tale of Prithviraj and Samyukta:

5. Shivaji and Saibai- Romance of the Greatest Warrior

Shivaji Maharaj, the founder of the Maratha empire, was married at a very young age to Saibai from the Nimbalkar dynasty. Unlike conventional love stories, the story of Shivaji and Saibai matured with age, and their love took time to grow. While Shivaji was busy in war fields and conquering territories, Saibai looked after their four children. It is said that “Sai” was the last word uttered by Shivaji in his last breath.

Heer Ranjha is one of the most popular Punjabi folklores. Ranjha, who is a nomad flute player, came to Heer’s village. This real life Indian love story started after a while. Heer gave Ranjha the duty of managing her father’s cattle. However, things changed after a while.

Eventually, Heer fell in love with Ranjha’s flute playing. They met secretly for years until the villagers found their affair. Ranjha was beaten up and forced to leave. Ranjha became a Jogi then and continued his nomadic life.

Years later, fate brought him back to Heer’s village. They decided to get married. However, this is one of the real life love stories in India that did not end the right way. A day after their wedding, Heer’s uncle poisoned her food, which killed Heer. Ranjha unable to bear the loss of Heer poisoned and killed himself.

While these stories spoke about the unconditional and immortal love of Kings, princes, and princesses, here are the stories of true love of ordinary people that turned their lives extraordinary.

7. Jawaharlal Nehru and Edwina Mountbatten- A Love Beyond Boundaries

India’s first prime minister and Lady Edwina Mountbatten are known to have fallen in love with each other, which is far beyond the moral principles of Indian society. The couple shared a mutual admiration, understanding, and a spiritual connection.

Jawaharlal Nehru was a widower while Edwina Mountbatten had troubles in her marriage. Their relationship proves that there’s no age to fall in love, for love is timeless. You can be smitten in love at any time of your life. It’s one of the real life love stories in India few can forget.

In Edwina’s words, their bond is a “Treasured bond.” It truly is a treasured bond that is standing as the epitome of true love to date.

In 1975, Pradyuma Kumar Mahanandia, an artist based in Delhi, drew the portrait of a Swedish tourist Charlotte Von Schedvin. They were smitten by each other in true Bollywood fashion and got married at the earliest.

When it was time for Charlotte to leave for Sweden, Pradyuma promised her to complete his graduation in arts, make lots of money and reach Sweden to bring her.

Eventually, he realized that saving money for his travel would cost a lifetime and so he kept a small amount of money to buy a cycle. He rode from New Delhi to Sweden, crossing the boundaries of many countries.

In 1978, when he reached Sweden, the border security personnel was astounded when he showed proof of his marriage and let him pursue his ladylove. From then on, Pradyuma and Charlotte are living. They are happily ever after dream for everyone, and one of the popular real life love stories in India.

Lakshmi Agarwal, one of the strongest women, an acid attack survivor, met Alok Dixit during her social campaign, “Stop Acid Attac.” Alok Dixit is a journalist who helped Lakshmi in her campaign.

Alok fell in love with the spirit of Lakshmi. He said, “I love people who fight hard to change the world despite their struggles and ordeals.”

The story of Alok and Lakshmi is an embodiment of love that is beyond appearance and life’s ordeals, and one of the inspiring real life love stories in India.

They paint love as a powerful binding force between two individuals who are smitten by each other’s spirits, souls, hearts, and personality.

10. Moideen and Kanchanamala- A Love Story that Flows like an Eternal River

The story of these timeless lovers happened in Northern Kerala along the banks of the River Iruvanji. Moideen and Kanchanamala are an eternal couple that fell in love with each other against all the odds during college.

They were so deeply in love and cared for each other. Moideen wrote poetic love letters to Kanchanamala, which once was mistakenly caught by Kanchanamala’s mother.

Kanchanamala was forced to discontinue her education and was kept at house arrest. Separated and traumatized, the lovers were never allowed to talk, let alone meet without being found out. They survived this painful separation for about ten years when they finally decided to elope and get married.

But due to restrictions at home, Kanchanamala agreed to wait and convince her family to get her married to Moideen. Her confinement lasted for 25 years till they couldn’t stay away from each other.

During the monsoon season of 1982, when Moideen and Kanchanamala were 44 and 41 respectively when they finally decided to meet to get married by crossing the Iruvanji river, the tragedy happened.

A tragic canoe accident in heavy rains killed numerous passengers who traveled in the canoe. The only person who saved several passengers drowned in the whirls of the river. It took three days to find the body of Moideen and the shattered dreams of Kanchanamala.

After failed attempts of suicide, Kanchanamala was enlightened by Moideen’s mother that she should live her rest of the life as the widow of her unmarried husband, Moideen. From then, she is everything that Moideen was- a social activist, a family counselor, and a lot more. She never attempted to cross the river Iruvanji since then, owing to it to the death of Moideen. It’s surely one of the inspiring real life love stories in India we can read.

Watch the real life love story in India of Moideen and Kanchanamala here:

These are some couples who showed that love is the ultimate winner. True love can fight appearance, caste, creed, religion, distance, and even fate. These real life love stories in India have melted millions of hearts while spreading pearls of wisdom about love.

Comment below the one love story that melted your hearts. 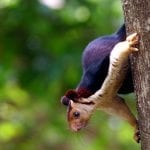 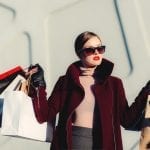