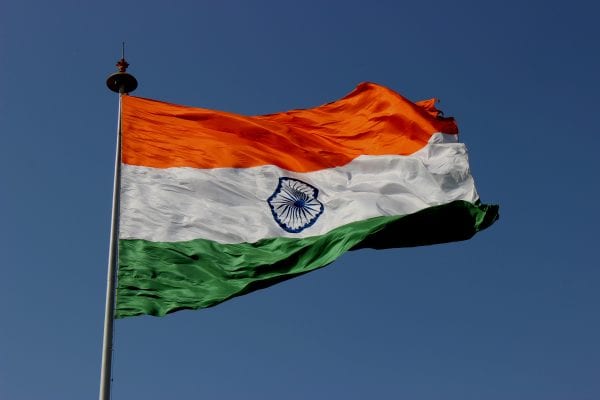 How Long Was British Rule In India?

It’s time to know how long was British Rule in India!

India, today is among one the developing countries of the world and also the world’s largest democracy. The nation holds a terrific history, and the question How long was British Rule in India could wreck your nerve. Indian history had a phase when humanity was at its stack for the people of the nation.

People were harassed; they were turned homeless, landless, jobless. A huge population of the country lost their lives due to starvation. The only thing they could do without fear was giving up on their lives.

This phase is marked to be the cursed years in Indian history. This is what the British did to the people of India for as long as two hundred years ( this answers how long was British Rule in India). 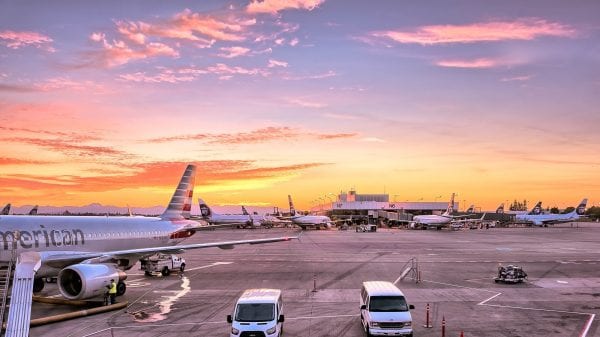 To begin with, it was back in the year 1608 on the 24th of August when the British first set their feet on the periphery of India in Surat, with the purpose of East India trading company. British Empire found the people of India to be very demure and unaware of what is happening around, someone who could be played easily. They were amused with the beauty of the Indian lands, the fertile soil, the gold, and natural resources.

This prompted them to dig a little more deeply into the lives of these so-called savages. 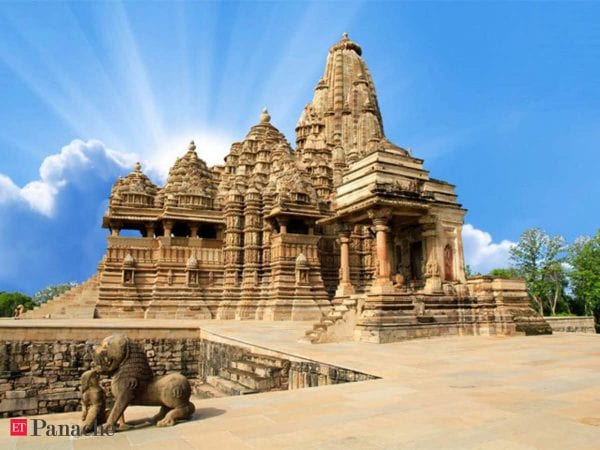 The Strategy of Divide and Rule

Around the year 1615, one of the British tradesmen took a deep dive into the inner lands of India. Convinced Mughal Emperor Jahangir to let him set-up his factory in Surat. This gave way to the British people to look and know India better.

They saw India as a land that was full of opportunities and could be occupied by them for their profit. Soon they started setting up their colonies, showing great interest in the affairs of the indigenous people and penetrating into the country. Also, they started acting out like an imperialist, taking up every opportunity to create differences between the rulers of the different parts of India.

They promised Indian rulers of providing protection, with the wrong intention of keeping the rulers against each other. How long was British rule in India? This was just the beginning.

India, in itself, had a huge population even back then. The feeling of brotherhood among the people of India, that too, from the different social backgrounds, was a matter of concern for the colonizers. India being the land that has always proved to be the true home for varied religions, Hindus and Muslims were holding it tight back then. 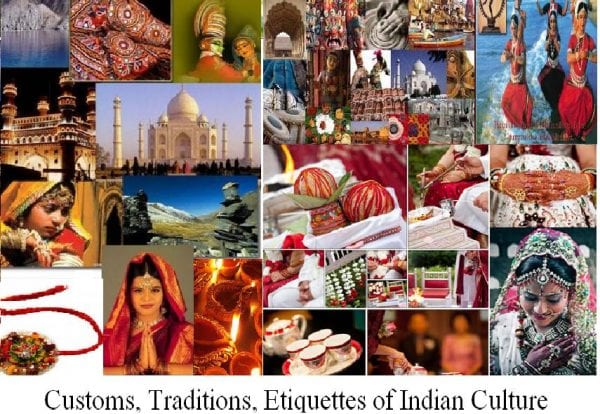 Britishers being the colonizers, could not exploit the land with India being the land of Sociocultural diversity. So, they took up to destroy the relationships between Hindus and the Muslims of India. They started creating a thick line of hatred between them, provoking one caste and class against the other and gave rise to class and caste division among the indigenous people of India.

Now, Britishers had already set their colonies on the land of India, so they assigned the job of keeping an eye on the activities taking in and around their colonies to Warren Hastings. In the year 1784, The East India Act was laid out to settle down the monopoly of East India Company, giving the power in the hands of the British government.

Britishers being imperialists, dissolved the local handloom industry to uplift their own industries. India had a very rich production in the handloom industry and was once famous by the name of “The Golden Bird”. Now, India was one of the leading exporters of cotton to the United Kingdom, which was a major setback for the local handloom workers of India as all the finished products were exported from outside India, and these people who started losing their jobs became helpless.

Around the year 1770, the British started imposing heavy taxes, accompanying many other policies over the people of Bengal. On one hand, Britishers were flourishing; on the other hand, over one-third of the Bengal population, which consists of around ten million people, died due to famine that is popularly known as The Bengal Famine. 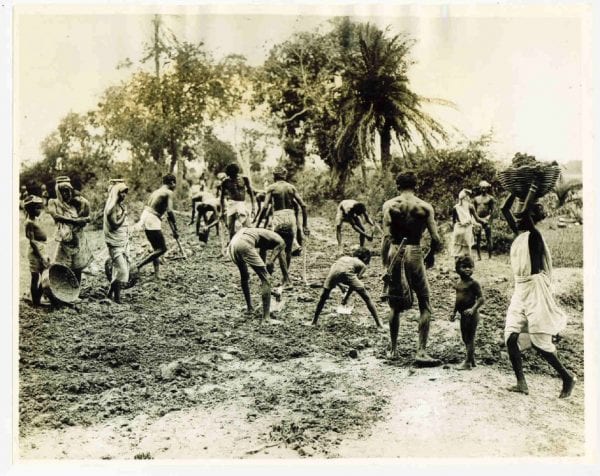 Under the rule of the British Raj that was governed by Queen Victoria, it was made clear by the British that they would only be working for the betterment of the Indian people. Instead, they started educating and implementing their methods of education on the Indian subjects and ruling out many Indian practices, which also included Sati (a wife sacrificed her life on her husband’s death).

Divide and rule was the main policy of the British. Around the year 1905, the British gained success in creating the gap between the Hindus and the Muslims of India. The colonial government segregated the people of Bengal into two sections, respectively, the Hindus and the Muslims. However, the segregation was called-off after the flood of protests.

How Long Was British Rule in India and What Cultural Damage Did the Britishers Cause?

The question ‘How long was British Rule in India’ also gives rise to the intensity of cultural damage caused on the land of India. Indians were not just colonized physically, but mentally as well. Britishers did not just step in to soak all the wealth and richness out of the nation, but also to spread their culture, that is Christianity among the Indians.

British claimed that the Indians were the savages and had no culture or civilization of their own, and the only intention of the British was to civilize the Indian population. This is not the actual truth. In fact, the British wanted to spread Christianity among the common masses of the Indians.

How Long Was British Rule In India? Two hundred years.

During those two hundred years, Britishers did not just suck all the wealth or heritage, but also hollowed the rich Indian culture.

They spread the English language, in which some of the words were picked from the Hindi vocabulary itself. The irony lies in the fact that the first word that was picked from Hindi Vocabulary was ‘loot’ which means burgle. Sooner the word became the part of day to day language of the British people, with ‘loot’ not being the only stolen word from Indian vocabulary. There were other words, too, which included chutney, bungalow, mantra, bangle, shampoo, and many more.

Not just this, the Britishers also started writing about the Indians, jeopardizing the richness and the authenticity of the true Indian heritage, tradition, and faith. Through their writings, they tried to portray the indigenous people of India to be savages. Many writers wrote even without setting their feet in the peripheries of India, without inculcating the original idea of what or how the lives and the people on the lands of India are like.

The cultural damage was not limited to the table manners or vocabulary changes, in fact, now around 1857, a new form of rifle cartridge was introduced to the Indian soldiers that were under the British Army. Those cartridges were greased using the fat of pigs and cows. This was heights of cultural sabotaging for the Indian people.

Almost sixty thousand soldiers lost their lives during World War I, when Britain declared the war against Germany, that too on behalf of the Indians. This evoked the want of freedom among the people of India, and Bengal and Punjab showed great efforts in the protests. The Indians were now supported by the lawyer and a politician, namely Mohandas Gandhi, who returned from South Africa after receiving education.

Indian people started gathering for public meetings against the British Raj. It was in the year 1919 when more than fifteen thousand people gathered at Amritsar, a city in Punjab. They were open fired by the British troops, taking away the lives of many innocent children, men, and women.

Once again now during World War II, India contributed to the British army when the war was announced. Not just the troops, also the princely states donated cash. India lost it’s some eighty-seven thousand soldiers in combat.

Indians’ struggle towards independence was at its peak by now. The people of India resisted British policies. The citizens were now offered jobs from different parts of the world. However, many decided to remain loyal to their mother nation. Mahatma Gandhi made a huge contribution to the freedom of the nation.

The Final Stop to ‘How Long Was British Rule in India?’

Here, is the final answer to the question of ‘how long was British rule in India?’
When the war between the Muslims and the Hindus of Bengal broke out, the British crown announced their departure from India around June 1948. Although they were leaving, now after two hundred years of the British Raj on the Indian empire, the people are still not over that phase.

India finally got independence in the year 1947, from the British Raj. However, some of the people are still colonized. Indians look up to the English language, prefer English ways in various day to day activities over traditional Indian ways. To know how India would have been in the British Raj if it was not over yet, click here! 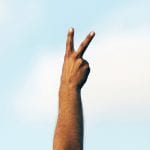 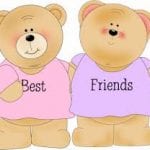