Have you heard about the black magic temples in Tamil Nadu? 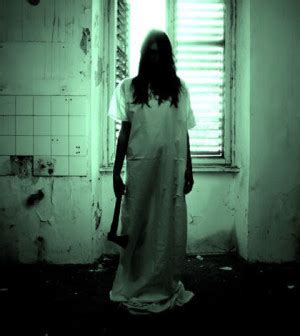 We all have been curious about supernatural things, black magic, haunted places, ghost stories, and many such topics. While growing up watching ghostbusters and all kinds of haunted T.V series was an excitement for the young child in us. Well, how much of it is genuine and not is still a question we ponder on. So let’s check out some of the facts of what black magic removal temples in Tamil Nadu, what black magic is all about, and can it be removed from a person?

What is Black Magic?

Black magic is performed by the people who are trained to channel the negative energies and contort it to cause harm to the person they intend to. Black magic is nothing but directing specific energies to cause damage to a person either in a physical, mental, financial, etc. manner. Energies are often perceived to be similar to the waves which are just like the electromagnetic or frequency waves. The effect of this black magic energy can be felt directly or in a very subtle manner where sometimes the individual might not even know that he is under a spell.

How does Black Magic Work?

Well, the answer is straightforward. It works on the belief system where if the person believes that he can be harmed or affected by negative powers, then the black magic works. The energy is neither positive or negative; it has to be converted and channeled into the desired way to get the result. The trained black magicians know certain spells to change this energy into the negative energy to affect the targeted individual. If an inexperienced black magician performs the mantras and spells, then it can cause more harm to the person chanting spells rather than the victim.

Black magicians are found all over the world. They give promises for easy money, destroying enemies, power, etc. You can believe it or not; these people do exist. They have mastered the art of channeling the energies into performing the jobs for them. The energy which is invisible to the eye has high power, and anyone who knows to direct them into the right way can achieve anything they want. Still hard to believe? Well, it is just like tuning the radio device into the right frequency to hear the desired radio channel. Similarly, these black magicians through their Homams and spells can channel the energies into either positive or negative energy to achieve what they want.

There are a lot of fake black magicians who claim to know the magic, but people often get scammed of a lot of money. The black magician should have mastered the art of channeling the energy before performing any kind of spell, or it can backfire.

How to Know if You are Under a Spell of Black Magic? How to Remove its Effect?

If a person is mentally strong and has faith within, then, black magic can’t be successful. The black magic removal temples and the Shamans work by using a similar technique. They make the patient believe that they can be cured, and nothing will affect them. They amplify the good energy, i.e., faith, trust, confidence, love, etc. to remove all the black energy which affected the individual.

Pratyangira Devi is the all-powerful goddess in the Hindu Shastra. She is an “Ugra” form of Adi Shakti and is said to have a very fear-inducing avatar. She is often described as a lion-headed and fierce-looking goddess who has multiple hands holding weapons and skulls of her enemy.

She is depicted as dark-skinned or wearing dark robe with bloodshot eyes and multiple heads. She is popularly known as Atharvana Bhadrakali because it is believed that she is the protector of Atharva Veda, which is one of the four Vedas of the Indian Hindu tradition.
Atharva Veda is said to have mantras and Shlokas, which can be used to destroy or harm the enemies, this is one of the reasons why Pratyangira Devi is sought for black magic removal.

Another reason why her name is attached to black magic is that it is believed there are various mantras to awoke Pratyangira Devi. She is known as the destroyer of enemies, which is why her name is often chanted to destroy the enemies. People often misinterpret the enemies as human enemies or the physical world enemies like failure or losing a job. But what the Veda intended was the internal enemy which every human has within him.

So, what are the top black magic temples in Tamil Nadu? There are three temples dedicated to Pratyangira Devi. All the temples have her deity in different forms.

Here her deity is placed in the avatar where she is lion-faced with 18 hands. The temple is very famous as it is based in a village that is attached to the Ramanaya history. The temple is located in the Ayyavadi village, which is six kilometers away from Kumbakonam.

There is an interesting fact behind the name of the village. The village was a stopping point for the five Pandava brothers who came to worship Mahapratyangira Devi. They put all their weapons under a tree to worship her, and hence the village got its name as Aivar Padi, which over time, changed into Ayyavadi.

This is one of the other black magic temples in Tamil Nadu.

This temple, too, has a legend behind it. Since anyone who dedicates Homam to  Pratyangira Devi becomes all-powerful, Indrajit, the son of Ravana, performed this Homam called the “Nigumbalai Yagam” to kill Lord Rama. Still, the Homam was spoiled by Laxmana and Anjaneya. Since the Homam was incomplete, Indrajit failed to get any power, and his plans were foiled.

The deity of Devi Pratyangira in the temple is created in the avatar where four lions pull her chariot, and she posses eight arms holding weapons. She is the lion-faced goddess who is similar to Sekhmet, a goddess in Egypt.

She is specially worshiped during the full moon and no moon days because it is believed that her powers are maximum during these days. She is offered with large amounts of red chilies which are her favorite offering to please her during these days.

Another of the black magic temples in Tamil Nadu, this temple depicts the Goddess sitting on a lotus with her five-faced lioness avatar. She is adorned with her favorite Thechi flowers and is worshiped every Friday night. All her devotees come to her with their problems, either physical or mental, and it is said that she cures every problem of her disciple who comes to her with full faith.

Did you hear of the Sollinganallur temple, one of the black magic temples in Tamil Nadu? This temple is famous for getting rid of the black magic spells on people. Mahapratyangira Devi is said to be an avatar of the Maha Shakti. When king Hiranyakashyapu was going to kill his son Prahalad the loyal devotee of Lord Vishnu, Lord Vishnu took the form of Narasimha Avatar to kill the demon king.

After the kill, Narasimha got drunk on rage as the blood of the demon king didn’t satisfy him. Things got out of control as Narasimha started on a blood rampage with no one to stop him. Lord Shiva took the avatar of Sarabeshwara, with a lion face and eagle wings, and Maha Shakti took the avatar of Pratyangira Devi to stop Narasimha.

Maha Pratyangira Devi was said to be seated on the wing of Sarabeshwara, and Narasimha stopped his killing as the avatar of Mahapratangira Devi was so ferocious that he calmed down due to fear.

This temple has her deity in Ugra form and is famous for black magic removal as many people who are troubled by black magic come here to get rid of it. It’s one of the more popular black magic temples in Tamil Nadu.

Pratyangira Devi Homam is performed to remove the black magic from the affected person. The devotees and worshipers conduct this powerful homam to get rid of their troubles, which affects them. It is said that Mahapratyangira Devi solves all the mental, physical and emotional troubles of her devotees who participate in this homam.

How the Homam is Performed:

Did you know about these black magic temples in Tamil Nadu? Let us know below.