You all must have received the message of Whatsapp as ” Your free service is extended to lifetime” these days. Do you know the exact reason of it?

Actually, WhatsApp founder Jan Koum announced on Monday that the company is dropping the service’s annual subscription fee in an effort to remove the barriers some users faced in using the service.

“It really doesn’t work that well,” Koum said on Monday, speaking at the DLD conference in Munich. He noted that while a buck a year might not sound like much, access to credit cards is not ubiquitous. “We just don’t want people to think at some point their communication to the world will be cut off.”

Until now, WhatsApp has been free for the first year and Rs 55 for additional years. It will stop charging subscription fees immediately but it will likely be a few weeks before the payments infrastructure is completely out of all versions of the app. And, in case you were wondering, you won’t be able to get back your money if you have already paid for this year.

As far as a new business model, WhatsApp says it will explore ways businesses can use the service to connect with individuals, but said the goal is to avoid unwanted advertising.

Here’s what WhatsApp is saying about that, according to a company blog post:
Naturally, people might wonder how we plan to keep WhatsApp running without subscription fees and if today’s announcement means we’re introducing third-party ads. The answer is no. Starting this year, we will test tools that allow you to use WhatsApp to communicate with businesses and organizations that you want to hear from. That could mean communicating with your bank about a recent transaction, or with an airline about a delayed flight. We all get these messages elsewhere today – through text messages and phone calls – so we want to test new tools to make this easier to do on WhatsApp, while still giving you an experience without third-party ads and spam.

This strategy might sound familiar. It’s the same idea behind Facebook Messenger, the company’s other standalone messaging service. With Messenger, Facebook already offers users the chance to chat with businesses, and it’s building out other features, like payment service, etc.

Koum said businesses are already finding ways to use WhatsApp to reach customers, but said the company could make this a lot easier. He said that the company wants to experiment with different approaches but added, “We haven’t written a single line of code yet.”

On Facebook’s second quarter earnings call last year, CEO Mark Zuckerberg likened the approach on WhatsApp and Messenger to what Facebook did in 2006 and 2007 while some were calling for it to move to banner ads.

“What we decided was that over the long term, the ads and monetization would perform better if there was an organic interaction between people using the product and businesses,” he said. “So instead of focusing on ads first, what we did was we built pages, and we made that free. That way as many businesses as possible could get into the network.”

Then it built analytics and finally it added the business opportunity on top of that and Zuckerberg suggested the same would be true for the messaging products.

“The long-term bet is that by enabling people to have good organic interactions with businesses, that will end up being a massive multiplier on the value of the monetization down the road when we work on that and really focus on that in a bigger way,” he said. “So we’d ask for some patience on this to do this correctly, and the game plan will be more similar to what we did in Facebook with News Feed.” 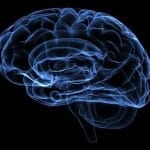