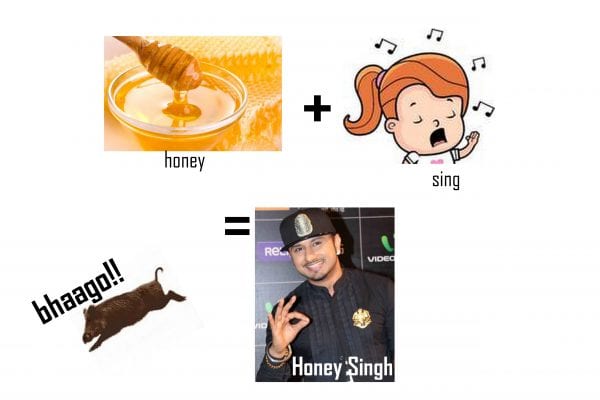 Clubs and the television are not the only places you will get to hear this song anymore. The latest hot spot for this song are the fields in Uttarakhand. Yes, you did read that correctly. Farmers in Uttarakhand are using Honey Singh’s music to drive away wild boars who have invaded the agricultural land.

Last year, the farmers in Uttarakhand underwent massive losses because the wild pigs had destroyed their potato, tomato and wheat crops. The nuisance caused by them was so extensive that the government declared them as pests and sanctioned their culling. Initially, to save their crops, the farmers played recorded voices of animals. However, this tactic worked for only a short amount of time, because the boars eventually got used to the sound.

The farmers have now come up with a unique and unheard of technique to curb the boars. They blast songs of Yo Yo Honey Singh at a deafening level, and this tactic seems to be actually working. Ever since they’ve begun playing Honey Singh as well as other Punjabi singer’s songs, the boars have stopped visiting their fields. This technique has ended up working even on other wild animals such as nilgai and jackals.

Bishan Jantwal, a 48-year-old farmer from a Dhari village in the Nainital district, is jubilant that his potato crop is being protected. He says:

“I used to hear from elders in the house that wild animals avoid places where there is a human habitat. I thought of playing music to let them know of human presence. And it has worked.”

This idea has been picked up by the people in the nearby villages too. They have set up logs on which the loudspeakers are mounted. These speakers are then connected to the music systems of those houses that are closest to the agricultural fields.

“Apart from party songs with musical high notes and loud beats, we also play bhajans that have similar effects on wild boars and other species like jackal, nilgai and others.”

Nonetheless, this story has given birth to a new expression:

The next time you go on a trekking trip or a camp, you do know what to be equipped with for your safety. No its’s not an anti-bug spray, it’s a playlist of all of Honey Singh’s songs.