In this digital age, emojis are the best thing to express your daily life happenings. This 17th July, the fourth annual “World Emoji Day”, people from different corners of the world celebrated the outburst of these tiny miniatures and their uses as a medium of communication.

“One of the problems with digital communication, when it relies purely on text, is that this sucks out the empathy, the emotional expression, out of the communication. So it can lead to miscommunication,” Evans explained. “This is where emoji comes into its own. It puts the body language back in so people can better read emotional intent.”

After the release of iOS 5 in 2011, Apple took an initiative of upholding the matter of emojis, emoji community overcast the social media networks as well as the digital text-based communication system. Following Apple, Google Android started working on that and this actions deliberately created the universal aspect of “emojis”. That was just the start of blowing up emojis for delivering a message. Now the ephemeral hike of emojis interprets the craving of people for emojis in every single text-based communication. More than 6 billion people in the world utilize emojis in their daily text messages and according to a statistics, more than 3.2 billion people those who have regular internet access 92% of them use emojis on a regular basis.

“Emoji is making us better communicators in the digital age,” said linguist Vyv Evans, author of The Emoji Code. “Saying that emoji is a backward step would be like saying when you speak to someone you’re not allowed to make any facial expression.”

Once in a University named Carnegie Melton University, a computer science professor observed some smiley faces on the bulletin board of his department. After that, the professor Scott Fahlman adumbrated the students to use smiley faces (emoticons) instead of conveying the message verbally. He further proposed to use a smiley face for signifying happiness and scowl face for anger or bitterness.

“This convention caught on quickly around Carnegie Mellon, and soon spread to other universities and research labs via the primitive computer networks of the day,” Fahlman wrote.

Similarly in Japan also these famous pictograms were created to shake off the tedious text –based writing by a telecom company employee Shigetaka Kurita which was called as the merge of Japanese pictures and letters in place of long words.

All these created a chaotic situation for the approval of emojis as a medium of intercommunication. In 1988, on the introduction of the mission to spawn international standards of software and data, the Unicode Emoji sub committee resolved that emoji will be a part of official emojis Glossary thereby providing a Uniform code for the platform to admittance.

On that note, polyglot lexicographer Schnoebelen mentioned that emojis are not for single use. Only the use of this pictorial characters with its reciprocal sentence can make the entire message to be meaningful and further conveyable.

“Grammar basically relates words to each other,” Schnoebelen said. Without grammar, a significant meaning is impossible.

“If everybody in Germany only spoke one or two words at a time, we would stop thinking of German as a language,” Schnoebelen said. “Emoji are rarely combined in long sequences, and when they are they’re basically repeats of the same emoji. Natural languages are much richer.”

This emojis day, Apple flashed some of their epitome emojis to be released on iOS, macOS, and watchOS later this year. On the forthcoming iOS version of iOS 11, Apple is going to bring some coolest emojis. The list will be containing more than 69 emojis of the different category. Like for now, you don’t have to get tiresome on typing the name of your favorite heroes as the new emoji plug-in by Apple is comprised of T-rex, Elf Jurassic park emojis and much more to replace the tongue-twisters.

After receiving the approval from the Unicode, Apple started to release their exciting emojis on their websites. This time they had come up with many more phenomenal emojis like

On that note, the company sounded very self-assured about their grand success from the early response.

Also the emoji resource ‘Emojipedia’ head, Jeremy Burge predicts the acceptance of the vomiting emoji and the nutty face to me more than the rest.

“The most popular emojis with users are always the smileys and gestures,” Burge said, “Emojipedia requests show a redhead emoji dominating requests for future additions,” he said. “Redhead is now a candidate for 2018, as well as curly hair and a bald headed person.”

Overall, it found out to be a great communication medium of emojis. But some disorganized emojis could make peculiar sense and might offend the communicator (receiver). Like in any form of communication everyone should call up the barriers also. 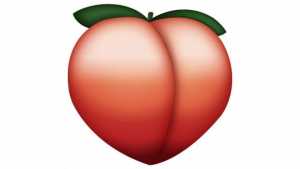 Like the Peach emoji, one will simply found the meaning of the emoji to be a desire to relish a peach whereas it considered as the butt. And “wink” and “eggplant” emojis can lead to serious issues of disesteeming the receiver.

So every time we tend to use an emoji we should deem about its misinterpretation in a verbal statement.