Indraprastha College for Women in collaboration with KATHA and IGNOU held a workshop on Translation on 30th October, 2015. The workshop sought to reach out to an young audience and make them understand the technicalities of translating a text. The theme of the workshop was Children’s Literature

The principal of the college shared some of the nursery rhymes that she had translated with the participants, to make us understand how rhythm plays and important role in translation and how translation can club together different cultures.

We also had some speakers from KATHA, who guided us through some exercises and told us how to translate, edit and illustrate  a text, and also took us through the steps of publishing a text.

First among them was Deepa Agarwal, who spoke on narration. She also divided us into small groups and asked us to comment on the story and it’s translation that she had provided us with. The participants had to judge if the content was appropriate for children (8-12years), if the language was easy enough, if it triggered imagination, etc.

Varsha Das, spoke on the process of translation itself. She covered all it’s technicalities, the things that have to be kept in mind while translating a text and most importantly, the problems one faces while translating, for example, what to do if a word is untranslatable.

Gauri Gupta and Anmol Shrivaetava, two book designers from KATHA, spoke on illustrations. They explained how a good illustration triggers imagination and narrates what the text doesn’t and hence amplifies it. They also spoke about Visual Translation and Visual Education. Later the participants were asked to illustrate a story, in two or three frames.

Finally, Aditi Maheshwari spoke about the entire process of publishing a text.

There will be a 32 hours course on translation by the same organization in Indraprastha College for Women in January, 2016 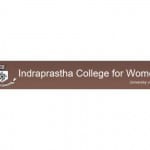