Home Entertainment Books Why The Harry Potter Fandom Is As Resilient As Ever, 8 Years... 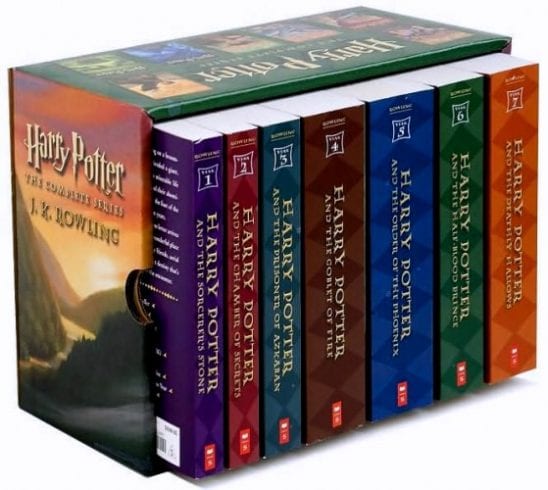 “Words are, in my not-so-humble opinion, our most inexhaustible source of magic.” – Albus Dumbledore. And indeed, they truly are. As human beings, we may not possess the ability to make objects vanish with a spell or Stun our enemies with a ‘Stupefy!’; no, our brand of magic is a far more subtle one. We can imagine fantastical worlds and far off lands; we can escape from mundane reality and dive headfirst into the ink-stained pages of our beloved novels. 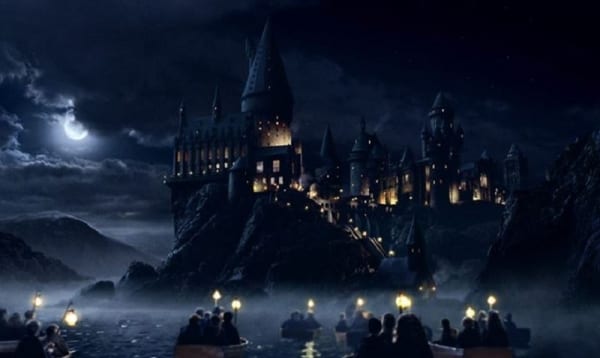 One such world that most people love to immerse themselves in time and again is the world of magic, Hogwarts and Harry Potter created by J. K. Rowling. Even years after having turned the last page of the final book (which released in 2007 – eight years ago!), it is a joy to read this seven book series we grew up to cherish. Not every book can achieve such a revered status – the Harry Potter phenomenon is certainly a unique one. The reasons for this are manifold, and every person who holds the story of the young boy with the lightning bolt-shaped scar close to their heart with definitely relate!

No other book series manages to illustrate valuable lessons about love, loss, and life to young and impressionable minds quite as well as this one. Most people who have read Harry Potter as a child will tell you that it helped shape them to become the person they are today. These books kindle a child’s love for the written word while making him/her a better person. The first book itself tells you how powerful love is, and how it will always trump hate. It taught us how even the smallest acts of kindness go a long way, even if it’s only getting a birthday cake for a quiet little orphan boy who has never truly experienced love and warmth (Hagrid, we love you!). 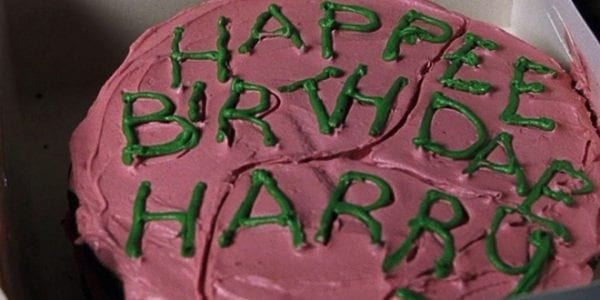 The books taught us about dealing with the grief and pain of losing a loved one, about what real friendship is about – sticking with one another through foul weather and fair. 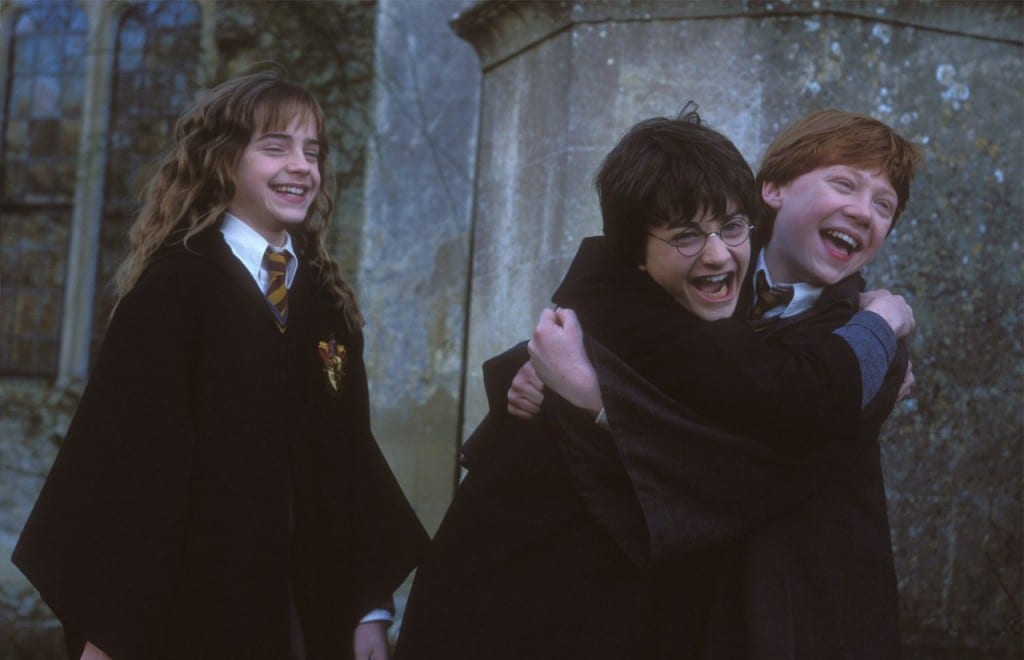 We learnt about unconditional love and unimaginable sacrifice. Pettigrew is not being able to kill Harry near the end because Harry had once spared his life, showed that what goes around comes around. The good that we do can manifest itself in the most unexpected of ways!

There is no dearth of brilliant, eccentric, hilarious, despicable or bitingly sarcastic characters in this story. Protagonists like Albus Dumbledore with his infinite wisdom and strange whimsies, Minerva McGonagall i.e. one of the strictest and yet most beloved professors of Hogwarts, and Molly Weasely who is the fierce yet adorable mother of seven children and practically adopts Harry into her bright and raucous family are brought to life with J.K.R.’s words. Villains like the sadistic and universally-hated Umbridge, Bellatrix Lestrange (who is terrifying) and, of course, twisted, power-hungry You-Know-Who (or Voldemort, for fear of a name, increases fear of the thing itself) haunt us in our nightmares. The quotes are amazing too, and only get better as you grow up and start to understand them: 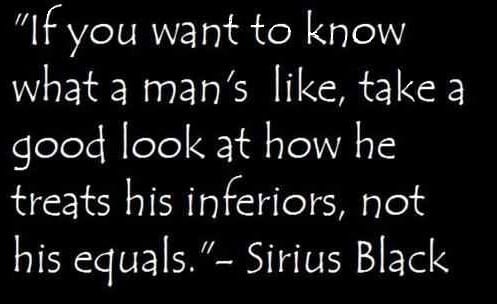 “Do not pity the dead Harry. Pity the living, and, above all, those who live without love.” – Albus Dumbledore 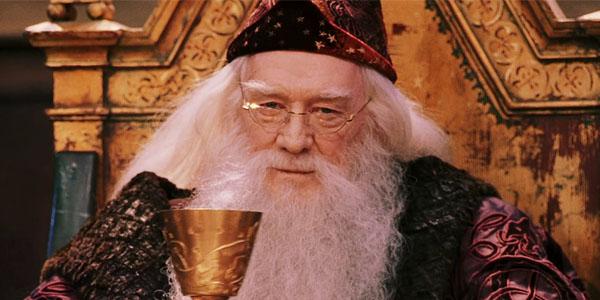 “I don’t expect you will understand the beauty of the softly simmering cauldron with its shimmering fumes, the delicate power of liquids that creep through human veins, bewitching the mind, ensnaring the senses…” – Severus Snape 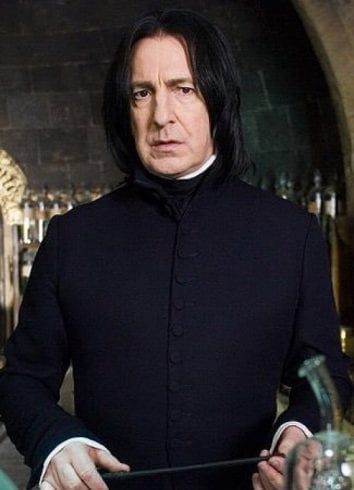 “After all, to the well-organized mind, death is but the next great adventure.” – Albus Dumbledore

“Not my daughter, you BITCH!” – Molly Weasely

“I was ripped from my body, I was less than a spirit, less than the meanest ghost … but still, I was alive.” – Voldemort

“I wonder how you expect to gain an idea of my usual teaching methods if you continue to interrupt me. You see, I do not generally permit people to talk when I am talking.” – Minerva Mcgonagall

“Always the tone of surprise!” 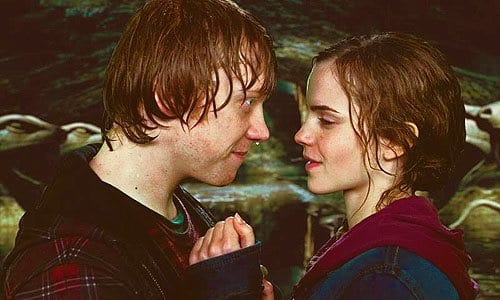 The Harry Potter series has some of the best love stories ever written. What are Romeo and Juliet, with their love-at-first-sight and hasty suicides, compared to the beauty of friendship evolving into a love that is Ron and Hermione’s love story? Romance doesn’t take the spotlight in Harry Potter; J.K.R. clearly had far more important plot devices to focus on in her seven-book epic. However, whenever crushes, fleeting fancies, and lasting love are tackled, they are handled with subtlety and charm. The confused, tumultuous emotions of one’s teenage years are reflected in her writing. Ginny’s natural love and hero-worship for Harry, which slowly grows into something deeper are tastefully shown, and the way that Harry’s feelings for her creep up on him and suddenly crash over him like a tidal wave is one of the best turns that the plot takes. Tonks’ love for Lupin in spite of his affliction is unwavering and inspiring, while the steady affection of Arthur and Molly Weasely in the face of a hundred adversities, shows what a marriage should be like. 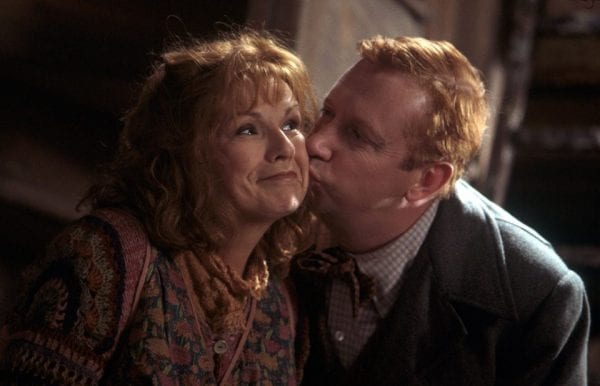 But Ron and Hermione are unparalleled. From being opposites as 11-year-olds to bickering 14-year-old best friends, till they finally become mature 18-year-olds who love and cherish each other – the build up to their relationship is utter perfection. Their first kiss, seven years in the making, still has the ‘Romione’ shippers squealing internally.

The HP franchise may not be equal to Shakespeare’s work, but J.K.R. sure has her moments – and a lot of them! Her imagination seemingly has no bounds, and her descriptions make you feel as if you are living the adventures which she details. Right from her first description of the cobbled street of Diagon Alley in the first book, Rowling never lets up.

The castle of Hogwarts with its talking portraits and moving staircases, the Enchanted Ceiling of the Great Hall, the Halloween feasts with the thousand floating jack-o-lanterns; each is better and more captivating than the last.

The amount of details included is astounding – from the rattling sound of a Dementor’s soul-sucking breaths to the foamy warmth and goodness of a tankard of hot Butterbeer. No matter how many times you read this series, you will end up cursing the fact that you never got your Hogwarts’ letter on your 11th birthday.

They are many more reasons why Harry Potter is so dearly beloved – fans, look out for the next instalment of this two-parter!