What is the World’s First Picture Taken Image source: Bing

With photographs being part and parcel of our lives, we have seen the revolution in the World of photography. When I was a child, we used to have a camera that used film rolls to print pictures. And today, we are in the era of the digital camera. But have you ever thought when was the World’s first picture taken? And what was the World’s first picture taken? Through this article, we will take you to the revolutionary start of photography.

The term “picture” was first coined in 1375. Yes, it is around 645 years old. “Picture” means to draw, to embroider, and to represent. And since the early 19th century, when the term “photography” was coined, cameras have seen tremendous revolutionary changes. Today we can’t even imagine that taking a picture was a lot more than a kid’s job at a time. As it is rightly said, the start is always difficult. So let’s have a look at the great beginning of photography through the World’s first picture taken.

1. World’s First Picture Taken – What Was It?

The World’s first picture taken was the picture of the outside view from a window of photographer’s estate in the historical Burgundy, France. Saying so, I know you all would be imagining how the view would be. France is beautiful so the view will be magnificent as well. Well, the view might have been picturesque, but you can’t determine it seeing the World’s first picture taken. Have a look below.

So this is the World’s first picture taken. Or we can say the outside view from the window of photographer’s estate at Le Gras, France. No, don’t complain about its resolution; it is 194 years old! Yes, you read it right; the World’s first picture was taken in 1826, so you have to forgive its graininess. And thanks to technology, we have got the same image with a slightly better resolution. Have a close look, and you can see trees, roofs, and a lot more. It must have been a gorgeous view in real!

2. So, Who Took The World’s First Picture?

Let’s get back to the world’s oldest picture.The man behind the lens of the World’s first picture taken was Joseph Nicéphore Niépce. This French man was passionate about the action of the light from his early childhood. He and his brother used to experiment with light to find a way to use light and reproduce the exact image as they see with eyes.

And the passion resulted in the World’s first picture taken in 1826. Some say it was 1827. Whatever the year was, the more interesting thing is Joseph invented a whole new technique to use light and reproduce images and even rejected the proposal to join the Royal Society of London.

Why? Because he never wanted to disclose the exact process of how he did it. He wanted to experiment more to make it easier for commercial use, which would bring him a lot of professional and economic success. It might sound kind of selfish to you, but later on, he did reveal his new process of creating heliography. Yes, the term heliography was coined by Joseph to explain the functionality of the first camera and the World’s first picture taken.

3. How Was the World’s first picture taken?

Now comes the most difficult part, taking the picture. Before Joseph, people could only dream about a thing that will reproduce on paper what they could see with their eyes. As we have mentioned earlier, the technique is called heliography. So, Joseph started his experiment with lithographic printmaking to reproduce any image without using his hands.

During his experiment, he invented a solution mixture of bitumen of Judea or Syrian asphalt and water. He put some of this mixture on his pewter plate and heated for long to harden the solution all over the plate. Next, he kept the plate in a camera and pointed the lens out of his window on the second floor. Next came the phase of waiting. He held the camera and the plate in that position for long, for more than two days.

In this while, sunlight hardened the bitumen parts, which was getting exposed to direct sunlight. The bitumen parts that were shadowed due to the presence of roofs, trees, and other things outside the window, stayed unhardened. After that, Joseph washed away the unhardened bitumen parts of the plate and got a picture that could barely be seen. But that was it. That was the World’s first picture taken. Joseph named it “View from the Window at Le Gras.”

Let me explain the process in a more natural way in case you want to try this at home. Dissolve some asphalt with lavender oil and put the solution on a pewter plate. Now take any object, say a pen, and put it on the pewter plate. Keep the plate in direct sunlight and do other stuff for at least two days.

Set a reminder on your phone in case you forget within two days that you started the heliographic process. In two days, the places on the plate covered by the pen will stay unhardened, and the rest will get hardened. Now wash away the unhardened parts of the plate and tada you have produced an impression of the pen the same way the World’s first picture taken.

Need a more natural way? Just take your phone out and click a picture. After all, gone are the days of heliographs. It is the era of selfies. And if you want to see where the original plate of the World’s first picture taken is exhibited, just go here.

4. Why On Earth Did Joseph Do It? Any Story Behind The World’s first picture taken?

Yes, there is! Even though Joseph did not want to disclose his process through the Royal Society of London, he disclosed the secret behind his motivation to invent all these. Joseph explained that he was passionate about reproducing the views in front of his eyes on pewter plates to make them permanent. But his drawings on the pewter plate did not seem real. They were looking more like drawings and much faded when compared to the views in front of the eyes.

And Joseph used to think this is a problem in the whole art of drawing and engraving. It never looks exactly the same as in front of the eyes. This is why he thought of using camera obscura to invent a way to reproduce permanent pictures. So that is the story behind the World’s first picture taken. A passionate heart and mind are working seamlessly to replicate what we see in front of our eyes permanently.

Louis Daguerre was another French inventor and artist who worked for the development of Joseph’s heliography technique. Actually, before Joseph’s death, they were working together, but after his unfortunate passing away, Louis invented the daguerreotype. This was the first commercially recognized and used photography method.

Through this technique, Louis took the World’s first picture with a person. In 1838, Louis was taking the photo of Boulevard du Temple in Paris. While looking at the picture, he could see clear pictures of the street, buildings, and other things. But to his surprise, he discovered a figure standing on the street, getting his shoes shined.

You might think he was the only person on the road at that time, but no. The street was busy with crowds and traffic, but the technology was not good enough to capture moving objects in still pictures. The man paused sufficiently to shine his shoes to be a part of the history, unlike the moving lives there at that time.

Now, this sounds interesting. Doesn’t it? Thirty-year-old lamp manufacturer Robert Cornelius was the first man to take a self-portrait. Or we can say the first man in the World to take a selfie! American inventor Joseph Saxton asked Robert to make a silver plate that will go perfectly with Joseph’s daguerreotype. After making the silver plate, Robert wanted to see if it is made perfectly, and while testing it, he created his self-portrait in front of his family store.

All he wanted was to take a human picture, but to his surprise, he created the trend of millennials more than 170 years ago! Could you imagine there was a time people were standing in long queues to buy their selfies?

Formal group pictures are different from candid group pictures from a fundamental point of view. The former is taken when everyone is posing formally, whereas the latter captures the candid moments of people consisting of the group. The World’s first groupie was made in 1844. It was different from all group pictures of that time. Instead of being posed seriously, the group of three people was seen partying, having fun with all smiles.

The World’s first groupie was taken in 1920. By this time camera became small enough to hold with hands. So what this group of Joseph Byron, Pirie MacDonald, Colonel Marceau, Pop Core, and Ben Falk did was, two of them outstretched their arms, held the camera at a distance, all came closer and said Cheese!

Yes, that was it. The firs groupie of the World was taken. Unfortunately, Facebook, Twitter, or Instagram was not there then to make this picture a #trend.

With naked eyes, we can not even stare at the sun for more than a few seconds. Spotting the spots on the sun is a faraway dream. So, back in 1845, French physicists Leon Foucault and Louis Fizeau made their mind to take a picture of the sun. As was thought, so was done. With the help of the daguerreotype process, they successfully included the sun in the World’s first picture taken.

And the outcome was more than surprising to them. Not only was the picture unexpectedly clear, but also they could see some sunspots in the film. The unexpected result left them in a shocking joy, and you too clap in your minds seeing the picture above.

If we are talking about the interstitial, then how can we forget our beloved moon? In 1840 John W. Draper took the first picture of the moon from the rooftop of his observatory. His observatory was in New York City, and he used the daguerreotype process as well, like Leon and Louis. But unfortunately, the picture did not come clear enough but successfully included the moon in the World’s first picture taken.

James Wallace Black and Samuel Archer King rented a huge hot air balloon one beautiful morning of 1860 and went over 2050 meters over Boston. Why? To take the first aerial picture in the World. Called as “Boston, as the Eagle and the Wild Goose See It,” this photo shows off the beautiful Boston from a place more than 2050 meters above the sea level.

Though French Balloonist Felix Nadar tried a lot of times before James and Samuel to make it to the pages of history by taking the first aerial picture in the World, he never succeeded in bringing his photos back on land safely. So his claims got lost and undocumented as did his camera equipment.

A journey that’s started back in 1826 keeps developing more and more till today. The struggle to start is beyond imagination now, and photography has become as readily available as our day to day essential things. And admit it, pictures are the most beautiful way to preserve memories; to look at in the future and have a journey down the memory lane. 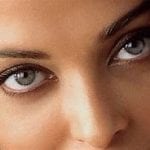 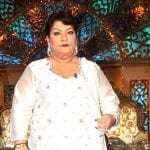