The sun scorched the earth like never before; the fomented villagers went to their elders and goaded them to do find a solution. Upon hearing the grousing’s, the elders told that the harrowing situation can only mean one thing that the almighty god was unhappy and the only way to rectify the situation was to offer a sacrifice.
It was a sultry day when the farmers tried to appease the almighty so as to get his approbation, to start their sowing season. The artless animal didn’t resist, as it knew that the assiduous efforts made by the farmers would finally assuage him from the series of pain which it had endured, since the day it was announced by the wary elders, that a sacrifice was necessary. The series of dry spells had made the villagers dissonance thus making them take extreme measures. The sharp blade had done its job, the crows flocked as they knew their luck had turned, streamline was the motion of blood, people bowed their heads, and the animal was at peace.
The canvas of sky was as clean as a slate, not even a small fragment of cloud was to be seen. The villagers could not understand as to why the nature was acting in such a contumacious way, for if it didn’t rain their crops would fail and the villagers would starve for another year. The elders decided to call a specialist and so they called a famous Astrologer thus depleting another part of their barely left fund. The diaphanous astrologer knew the villagers condition and he saw an opportunity to make easy money. As soon as he entered the villager he enunciated loudly that the village was indeed cursed and they needed to perform a ritual. The amount of trepidation in villagers sky-rocketed and they sprang into action so as to collect items for the ritual.

The astrologer told the villagers that the ritual was not an easy one, as it focused on appeasing the god and hence he wanted each one of them to be present when performs the final act. He specifically ordered few herbs to be brought from the forests as he didn’t want to take any chance. Finally the time had come and each of the villagers went to see the final act of the ritual. When the astrologer was sure that each of the villagers was present he proceeded with the final act. He gave every villager a small decoction made from the herb that he got from the forest and told them to drink it as it was supposed to be the gift from god. Before allowing the villagers to having the decoction he told them to do it together as soon as the ritual was over. As so began the ritual, as soon as he finished the ritual. He ordered every villager to drink the decoction and suddenly it was all hazy and so they fell one after the other.

Vertigo was the state when the villagers slowly gained their consciousness, the scene was as lucid as water, and the villagers had been robbed for the astrologer was nowhere to be seen and so was their possessions. Villagers still were trying to grasp as to what had occurred when came a small buy who informed that the granaries had been emptied too. Silence took over, as the villagers were maelstrom of shocks that had just swept them all under their feet’s.
A woman cried in vain for the anathema that has struck their fate , elders were nonplussed and so they had found it hard to speak when the villagers stared at them. Knowing the paucity of funds and now food, the villagers had to face a definite doom. Suddenly a woman took out a knife and exclaimed that their fate was doomed and the only thing that could please the god was a human sacrifice and that peremptory has led her to volunteer for the final act. The elders agreed once again and said that their penury could be solved by this final act. The villagers agreed perfidiously. As they went near the altar to offer the final sacrifice things had started to change. There was a sudden increase in humidity and as if the sun had disappeared from the sky, people wondered as to fro

m where the mist had come which had suddenly engulfed the whole village.
The woman was getting ready for the final act as the people gathered to watch the offering, when suddenly they could feel something dropped from the sky. The villagers were quite shocked as the drops were of strange colour, Red, the villagers ignored it. As the woman was placed on the altar, the intensity of red drops increased. As soon as the ceremonial knife was picked to offer the sacrifice, the heavens roared, a loud thunder was heard and as if the god had opened the gates of their oceans; on earth flowed blood. The red drop was but blood, people couldn’t understand as to why the heavens rained BLOOD, while the village lunatic laughed and said it was the heavens fulfilling their wish. 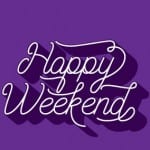