People always look to rise above what they do, so do actors. When a Bollywood actor/actress gets to act in a Hollywood movie it is always a great sense of achievement and the actor gets a global exposure.But what we talk here is altogether different where the Bollywood actors turn down roles from Hollywood.

Akshay Kumar whose the biggest action hero in India was asked to act alongside one of the Finest Action Hero Dwayne Johnson, but as Akshay Kumar always wanted to stay in Bollywood, he turned down the Offer.

One of the Finest Television and Film actor, whose intense acting abilities are to be complemented. He himself must not have imagined for a opportunity like this but Ronit was busy with his ongoing commitment Student of the year and let the offer pass by.

One of the finest actress in Indian cinema and an International singer Priyanka chopra whose career took off brilliantly. She was offered a role in immortals which later Frieda Pinto took over due to her prior commitments “7 Khoon Maaf”.

Irrfan Khan who stepped into hollywood with a Oscar Winning movie “Life of Pie” later was asked for Interstellar where he had to play the role of Matt Damon.As Irrfan Khan already signed for “Lunchbod” and “D-day,” he couldn’t Shuttle to and fro for the movie. So He decided to let the Offer move.

Absolutely Amazing Physique and his killer look have always given him that Hollywood attire. He was Offered “Vicente” role in the movie which he turned down with no hesitation.

6. Dilip Kumar for Lawrence of Arabia.

A versatile veteran Actor form the late 60s was offered Sherif Ali role but Dilip Kumar had turned it down.

King of Bollywood was Offered a role in Danny Boyle’s Movie “Slumdog Millionaire”, but King Khan has turned it down as he thought it wasn’t the right role for him which was later taken up by Anil Kapoor.

8. Deepika Padukone for Fast and Furious 7.

Deepika was offered a role in the most amazing action Series “Fast and Furious” but due to her ongoing project ” Happy New Year” she had to turn down the offer.

Thank you for reading up. 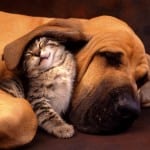