Okay, so as we all know, Jadavpur University, one of the premier educational institutes of the country, has a very peculiar love-hate relationship with authority figures. Particularly with its Vice Chancellors. With every passing year, though, the relationship seems to be leaning more towards the ‘hate’ part than the ‘love’ part, and we are at a loss to know why.

In the last five years, JU has seen at least four major protests by student unions against members of the faculty. There seems to be almost perpetual conflict between these two groups inside the JU campus, which often end in riotous demonstrations and even violence.

The Vice Chancellor of Jadavpur had recently been gheraod by the students over demands to hold the campus polls by January 31st, as opposed to a postponed date as suggested by the Government. And this is very far from the first such incident on campus.

In September of 2010, the student body gheraod the then Vice Chancellor P.N. Ghosh for nearly 52 hours, protesting the instalment of CCTV cameras in certain parts of the campus.

Again, in the September of 2013, students once more gheraod the new VC, Souvik Bhattacharya, for over 50 hours, demanding the revocation of punishment of two students accused of ragging offences.

Exactly a year later, in September 2014, VC Abhijit Chakrabarti was once more held hostage and gheraoed, this time because of allegedly having put together a biased committee to probe the molestation of a female student by two young men in the hostel. This launched the now famous Hokkolorob movement that took the city by storm, sending thousands to the streets on marches demanding the VC’s resignation.

And now, in January 2016, after the resignation of the last VC under pressure from the student body, the new VC Suranjan Das has been gheraod for over 51 hours over disputes regarding the campus polls.

If recent trends continue, it seems that future appointees to the position of Vice Chancellor of Jadavpur University would need not only a degree in academia, but also extensive training in riot-policing and breaking and escaping gherao formations.

The students of Jadavpur rightfully protested the use of police force against unarmed protestors during the 2014 protests. It was unlawful to have unleashed armed forces against a gathering of unarmed youth, leading to chaos and injuries.

But shouldn’t the unlawful detainment and gheraoing of public officials and holding citizens against their will by sheer force of numbers, at the drop of a hat, be considered equally illegal? We live in a democracy, and the only people with the legal right to detain an Indian citizen are the police, and that too only with the proper warrants and documentation. We would be outraged (and rightly so) if the police held a private citizen in custody for over 50 hours for having committed no crime. Why is it then alright for a group of students to do just that on a college campus?

This is not to say that university students should not be politically aware, and shouldn’t take part in political campaigns. That is, of course, very important. But there is a difference between political activism and hooliganism. And when we forget the difference between the two, it gives birth to disruptive politicians, whose idea of political campaigning is to call massive strikes and put entire cities on lockdown, destroying the livelihoods of many for their own private gains.

India is (we hope) a civilized country; and in a civilized country, civil protests should not involve the taking of hostages. In doing so, one of the premier institutes of the country hurts its own reputation while disrupting the education and growth of all students, limiting their future opportunities. 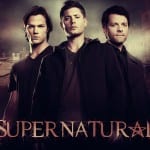