In the mood for some real mystery? Have you heard of the Bermuda Trench? The mysterious triangle that is known as the darkest place present on the earth? I know there are a lot of mysteries to be unraveled in your life and the world, but the Bermuda trench will take the top seat in your list because it is known for its history since Christopher Columbus ever went around the world.

It merely stays among the top mysteries that science and scientists could give a convincing answer to. Here the top theories around the mystery of Bermuda Trench.

The Bermuda triangle is also synonymous with Devil’s triangle for apparent reasons. It covers an area of about 500,000 square miles encompassed by Miami, Bermuda, and Puerto Rico. It still keeps it’s mystery intact after a dozen ships and airplanes have disappeared within the boundaries of the triangle.

The missing ships and airplanes are more frequent in this part of the Atlantic ocean than any other part of the world. Since these happenings, the Bermuda Trench has become infamous around the world. Many ship captains and pilots are avoiding the route.

However, the Bermuda trench does not always show up with mysteries. There are many ships and airplanes that have passed through the Bermuda triangle without having to experience any weird incidents or going missing.

This fact creates much more mystery around the Bermuda trench because the science behind why the lost ships and airplanes went lost while others managed to pass through it as nothing happened is still not found.

It is more than a few hundred years since the Bermuda trench has been discovered along with its curious case, but scientists could not find the reason behind its existence.

The history of Bermuda Trench dates back to when Christopher Columbus went around the world, and such is its long mystery too. Christopher Columbus, on his first voyage, is said to have witnessed a “Great Flame” that crashed into the sea when he was in the area, which is now known as the Bermuda triangle.

The great flame later emerged as a strange light in that area, according to Columbus. The Great flame is possibly a falling meteor that has caused the erratic compass readings, as per the words of the scientists.

The Bermuda trench got its deserved public attention only in the year 1918. In the year 1918, a 542 foot Navy ship called the “USS Cyclops” sank between Barbados and the Chesapeake Bay. The ship carried around 300 passengers and 10,000 tons of manganese.

What stands unsolved is that this ship never sent any SOS distress call. There was no sign of wreckage in that area, and no part of the ship was found. 23 years later, two other ships which, were known as USS Cyclop’s sister ship, also vanished in the mysterious Bermuda trench. It is also mysterious that the same type of ships has gone missing in this trench.

Again in the year 1945, the Bermuda trench reminded its mystery and existence to the world when World War 2 was happening. The 5 Navy bombers which took off from Fort Lauderdale for maneuvers got lost in the great Bermuda Trench.

All the five navy ships ran low on fuel before they went into the boundaries of the trench and ditched into the sea. The rescue plane sent to rescue the passengers of these five ships also went missing along with its entire crew. The official Navy report discloses this mystery as” As if they had flown to mars.”

In the year 1964, three passenger planes went missing precisely in the territories of the Bermuda trench despite sending messages well.

Charles Berlitz from the Berlitz language school family wrote a bestselling book about the Bermuda trench. Since then, lots of paranormal writers have attributed the triangles’ lethality on aliens, sea monsters, time warps, and reverse gravity fields.

Now, let’s discuss some popular theories that tried to resonate with the happenings in the Bermuda trench. 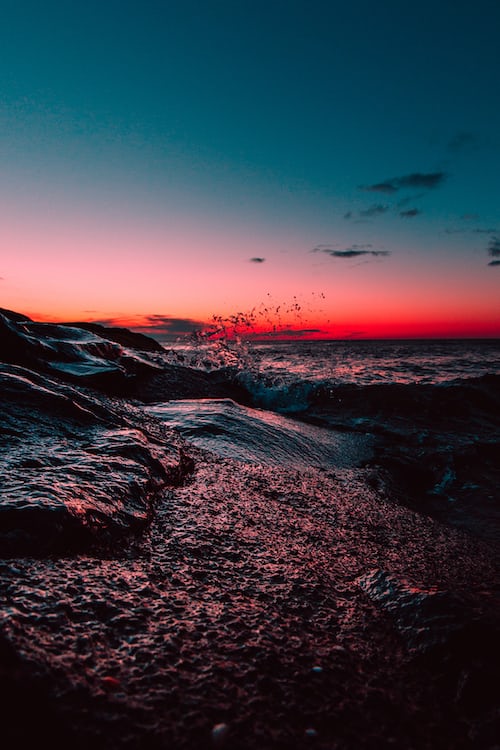 This theory explains that the ships and planes went missing because waves created by the sea called the “Rogue waves.” The missing vessels were felled by these massive waves that can have a height of 100 feet, which is equal to 30.5 meters.

Theoretically, these waves are powerful enough to destroy all ships and airplanes in this area. But there is no evidence on the presence of these waves in the Bermuda trench.

The location of this trench in the Atlantic ocean brings the possibility of storms from multiple directions, which can converge and make rogue waves. This theory sounds believable, although it needs a lot more contemplation. 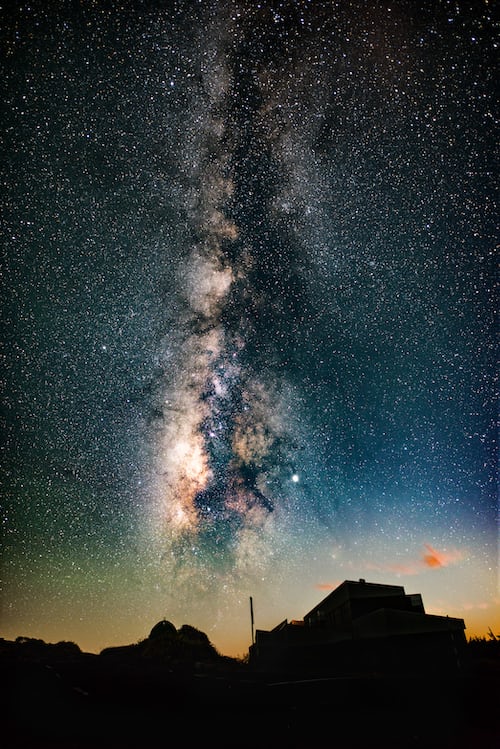 Much like the logic of our everyday lives, the Bermuda trench is believed to the path to the world of extraterrestrial beings. Although this theory is so foolish, we cannot deny the fact that this paves the way to interesting stories and myths to keep us entertained.

So, a ship disappearing in the Bermuda trench might reach the Andromeda according to this theory. A friend from Andromeda is trying to steal our secrets by time-traveling is what the large crowd believes.

Do you believe this theory? 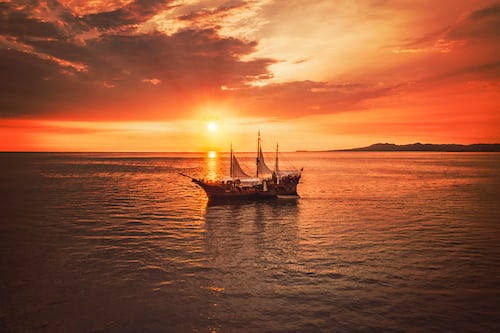 This is another popular belief that might be true or not like the rest of the theories. But it is one prime belief that creates a whole lot of interesting tales around the pirates and the Bermuda trench, which is already the most mysterious secret of the world.

Pirates are present in all the seas around the world. The US Department of State Cautions the possibility of encountering vessels that engage in illicit activities near the Bahamas island. Well, this is the closest proof to the presence of pirates in the Bermuda trench.

It is also worth noting that the Bermuda trench is also known as the rogue’s paradise. Sounds true, right?

Methane is a natural gas that is less dense than water. Sometimes there are incidents in the sea where massive methane effluvium bubbles up from underneath the water. Gas hydrates exist in the deep waters of the sea and high-pressure environments.

It is a popular theory that one of these methane effluviums might be the reason behind all the lost ships and airplanes. There is no concrete reason to prove this theory, though. So, what is the probability of your belief in this theory? 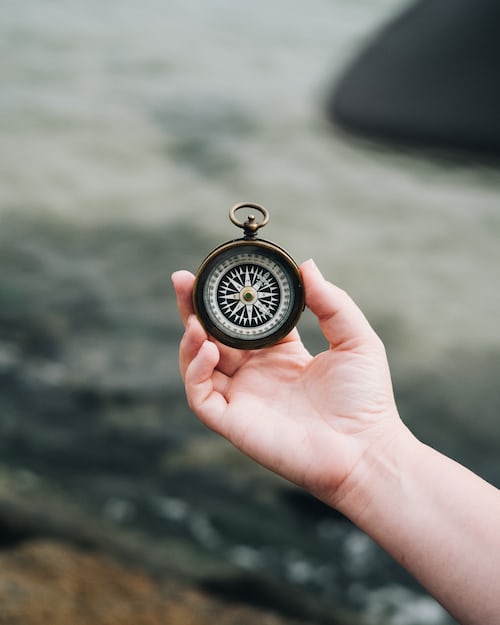 This is another popular belief which sounds like the inner scientists of the common man speaking. Many a time, the instrumentation of the ships and planes have gone haywire in the territories of the Bermuda trench.

It is important to note that true north is a tiny swath of the earth. Many compasses and GPS have witnessed variations while traveling due to this fact. So magnetic variations should be treated normally.

This popular belief is that magnetic anomalies in the Bermuda trench are the reason behind the ships and airplanes going missing or exit scathed.

Do you believe in this myth?

This theory remains my favorite of all theories and is created by the Atlanteans. Many Atlanteans believe that the Bimini road leads to the mysterious and undiscovered utopia called the Atlantis.

There is a hidden paradise in the Atlantis, according to the Atlanteans, which is why it is hidden from the probing world through the Bermuda trench. It is sequestered from the bottom of the sea.

So, the mystical land might require it’s infrastructure supplies too, which is why they steal ships and planes. I would like to believe so. Funny enough, right?

Theory 7: There’s No Mystery in the First Place

We should also note the fact that many ships and airplanes have managed to cross the Bermuda trench without experiencing anything weird or paranormal. This fact just makes the whole mystery genuinely confusing.

Benjamin Radford, a scientist in his interview to Live science in 2012, explained that there is no record of such incidents in the Bermuda trench. He further added that it is merely the bad storms that caused the ships and planes to sink. It is noted that many have sunk around the vicinity of the Bermuda trench, not inside its territories.

What’s under the surface of the Bermuda triangle? Watch this video to know:

It is up to you to believe in these “real science” theories. There is no concrete evidence for all these theories. All of them are created in vague air. However, it is always interesting and curious to know about mysteries like the Bermuda trench. Some mysteries make the world more fascinating till they are unraveled only. Bermuda triangle is one such greatest mysteries of the world.

Watch this video to know more about the Bermuda triangle:

Comment below on what you think happened behind all the vanishing in the Bermuda trench. 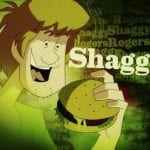 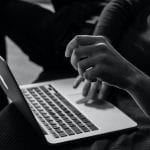