(The writer is a girl who recently broke up with a boy. If you’re a boy and reading this please swap the genders accordingly. Also this is her own perception. Your views may differ.)

You don’t believe you broke up. You still feel you will get back. You act like it’s a bad dream. You’re brain still hasn’t accepted the fact that you actually did split from your boyfriend.

2. A week after you’ve broken up

You still feel you two will get back. And it starts sinking in that you won’t. There’s a lot of crying and unfamiliar pain. You want him back. You still like him and you’re trying to win him over.

The pain is familiar. But it hurts. Just hearing his name affects you. Seeing his new post on Instagram makes you cry.

You have accepted they aren’t coming back. But the pain hasn’t reduced. You’re not sure if you will ever move on. So it’s like you’re fine the entire day. You are doing your normal chores and suddenly you remember him and you feel sad.

You hear he’s with another girl. Your heart sinks for a moment. You probably think about him the entire day. You cry. You haven’t cried over him for so many days. But now you did. You think he meant so much. And you’re sad. But if you’re smart, you realise that you should move on as well.
PS. It is common to stalk the new girl and judge her and ask your friends if she’s prettier than you.

You don’t think about him as much. It hurts less. You’ve let go of him. You practically don’t get affected by any pictures of him and his girlfriend on his Facebook. You stalk him less often. Like once in a month or so.

8. A year after the break up

Girls, life isn’t about boys and dating. There’s more to it. So before jumping into things and making rash decisions please slow down and ask yourself, do I see myself with this boy in ten years’ time? If you do then please go ahead and be with him. But don’t you dare make your life about him. He’s not you life. He is one part of it. He may be a big part or a small part. That’s for you to decide. But he is just a part. There’s more to your life. You have friends, family and studies and your career to focus on. Don’t you dare let one boy alone create havoc.

It’s okay to be sad. It’s fine if you break down and cry. Be sad for a week, for a month, for 6 months also. But after those 6 months don’t ever look back. Move the hell on with your life.

There’s a reason why that person isn’t in your life anymore. They didn’t make it.

Also, I read this concept in one of John Green’s books:
There’s a reason why your ex is called an ex. It’s cause just like the alphabet X, you and your ex once crossed paths. The middle point of the X is where you’ll met. And after that the relationship ended and you’ll parted ways and went on with your lives.

So please believe me when I say this to you, there’s way more to life than a boy. Work on yourself. Rather than sending immature texts, crying and getting your heart broken, you’d rather work on yourself and focus on YOU.

Become the best version of yourself. Don’t do it to prove to him that he lost out. Do it for yourself. Love yourself so much that no one can break you. You don’t need anyone to feel beautiful.

I know when you break up with someone, you feel lonely. You miss getting those cute texts and phone calls and going out for movies and dinners. But understand one thing. And fix it in your head. Recite this a hundred times a day:

You can do this. Trust me you can do this. You’re going to pass through this shitty phase. You’re going to be successful if you focus on more important things in life. And you’re going to meet someone better. There will come a time when you won’t think about you ex anymore. Till then trust life a bit more and do not waste tears over someone who won’t even bother to check on you and see if you’re doing okay. There’s no point. Just respect yourself enough, accept the past and move the hell on.

More From: Take on Relationships 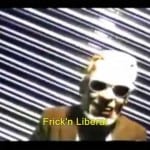 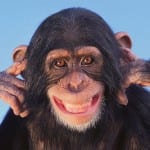