A wedding that took place in Haryana recently has proved to be a great step forward towards education for girls. Just before taking the pheras, the bride asked the groom to pledge something to her. She asked him to promise that he would fund the education of 11 before they could complete their marriage rituals. 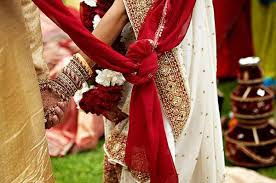 This wedding took place between Poonam, who is the daughter of a teacher from Bilawal village in Bhiwani, and Sandeep Kumar who is from Jhajjar. This request of the bride stunned everyone who was present there as it was quite an unusual thing for her to do. Everyone waited to hear what the response of the groom would be and sighs of relief were heard when the groom agreed to her request. All the guests that were present at the wedding raised their hands as witnesses to the pledge that the groom had made.

Poonam is a postgraduate from a local government college and she has been an associate of a local social worker called Sanjay Ramphal. Sanjay was present at this wedding and he says:

“Initially, everyone, including me, was in shock to hear her ask Sandeep to take a pledge before they head for the pheras. But when she elaborated and told the people present that she wanted her husband to sponsor the education of 11 girls, we were all happy.” 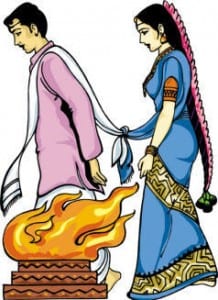 When Poonam was asked what was the inspiration behind her request, she said that she had heard about the eight phera. This eight phera had been introduced in Bhiwani by a Red Cross official a few years ago. She told the Times of India that this phera was a pledge by the couple to not take part in female foeticide (killing of the foetus when the gender is female). She says that:

“I know that most campaigns rarely see success. Keeping this in mind, I wanted to do something challenging and something that will really change some lives.”

At the wedding, Poonam explained her idea to the guests by saying that she had been giving her husband hints about a resolve that she wanted him to take. She also said that she would reveal this resolve to him at the correct time. She decided to make him pledge to educate girl children because Sandeep runs a coaching centre.

“It is different as nobody takes such a pledge, and certainly not on the wedding day. It is challenging because I will have to be an equal partner in ensuring that the pledge is fulfilled.”

Rajdeep Phogat, who is Dadris MLA (Minister of Legislative Assembly), had attended this wedding. He has gone ahead and praised the initiative that was taken by Poonam:
“This is an exemplary initiative and we wish all success to the couple. Such incidents make us proud as well. We too need to learn from their pledge.”

This initiative is a great step forward in helping the ‘ Beti Bachao, Beti Padhao’ campaign which was started in January of this year. This campaign hopes to save girl children and spread awareness through education.
It is especially commendable that this initiative was started in Haryana, which is the state with the lowest child sex ratio in the country.
Take note India, people have begun to fight against the age-old traditions and have started a fight for equality. Stop the practice of dowry and start taking initiatives such as this in order in to make our country stronger and better. 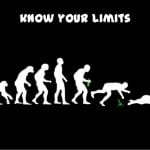 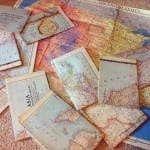