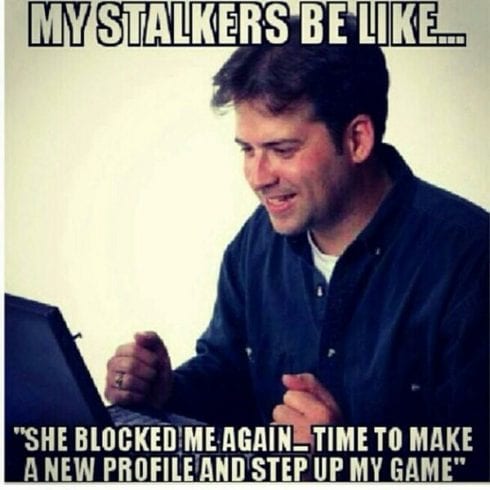 So, you’re creepy. I get that. There’s no other reason as to why you’d be reading this post. It’s only because you’re creepy, and you wanna move on. But it isn’t possible. Because that’s right, you’re creepy, and you really can’t help stalking the life out of normal people, send them with the weirdest of texts and ask them really shady “favors”. Like, who asks for the picture of someone’s feet? Ew!

Now, if you were thinking that this article was literally gonna give the 50 ways to not be creepy, you are mistaken. But, that doesn’t matter because creatures like you were already a mistake. So, here I present, a few ways, to not be the weirdo who doesn’t stop at being blocked.

That is as real as shit could possibly ever get. No. You are not what you think you are. That person is also not what you think it is. And life, is definitely a-sucks. A real sucks. So are you. So, no! Stop before you stalk. Don’t even think of getting through that other folder because pal, you ain’t the shit.

2. You will be blocked. And arrested. Probably killed.

Like, I understand that you like to live on the edge, and you pretend not to have a care in the world, but we all know that you’re crazy scared of your mother. If you could get our number, we can get your mother’s. And, when we get your mother’s number, you’d be begging us for telling things to the police instead. 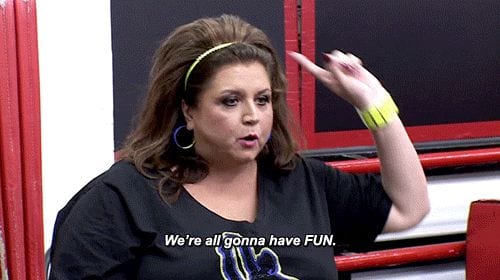 You can actually do that. Since you are the kind of person who believes they’re awesome, you should probably stalk yourself and ask yourself to “Google your Doodle”. You’re so amazing, and no one can be as good as you. So, be your own stalker and leave the lowly peeps alone.

4. Look at your wallet

If there’s money in there, then it’s acceptable. It simply means that you’re not a stalker, just a flirt. It helps more if you have good looks. You’ll be Christian Grey, then. And we all know how that went for Ana’s “inner goddess”, don’t we? But, if you’re not good looking, neither do you have money, then no. Stop right there. You aren’t worthy of stalking a squirrel.

5. Time to face the elephant in the room

Now, when you thought that I really meant when I said that it’s okay to be a stalker if you’re rich and beautiful, I lied. Because that’s exactly what creepy people like you do. You try to convince the others that you’re not a creep, that you’re just there for fraandship, but you’re not. All that you want is the pics of her toenails and more. Way more! So, take the wallet, and your spikes, that “smartass” pic of yours on Facebook where you’ve tagged a million other girls, and back the hell off. Because, no. No matter what you tell yourself, no matter what your cheesy upbringing taught you, what you do is not acceptable. 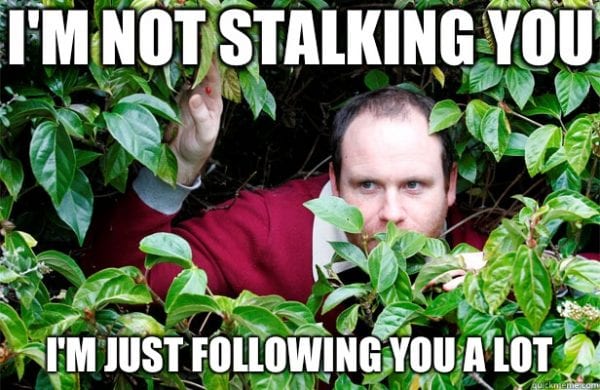 And the people, who face such creeps, talk to your family, and the police. Even if it’s an ex, even if it’s a family member, even when it’s a powerful random stranger. Because it’s better to have a few regrets in your life than a creepy human-like being.

Just when you thought I won’t write an article telling the normal people how to get rid of morons like you, you were wrong, like always. Just wait, because that’s what you’ll be doing for your whole life. You’re never getting out of that other folder.

5 Magic Tricks to Learn in the Blink of an Eye

11 Ways Of How To Behave Around Your Crush