Fashion is what makes you feel comfortable. It could mean differently to different people. This is been one of the major reasons why fashion has evolved over the years.

As time moves on, fashion is progressing. If it has evolved in the right direction or not, is a thing for the fashion gurus to judge. But the growth has been phenomenal. There is clearly a major difference in the way people dress today as compared to the way people would dress a century back.

Fashion is influenced by several factors such as technology, modernization, climate, and culture. These elements play a key role in enabling humans to dress as per their style and preferences. Let us take a look at ways in which fashion has evolved over the years –

The period after the end of World War 1 indicated the joy after having fought a major war. People wore bright colors. Fashion involved clothing which made them comfortable. Bright make up, suspenders, suits, hats, etc are reminiscent of this period. This was mostly during the 1920’s.

After the period of World War 2, the happy moments cotinued with people opening up to new fashion choices and preferences. Women were seen in dresses that gave a glimpse of their body shapes. Men wore jeans, white t-shirts and jackets- classy and stylish.

During the 1970’s, the ‘Hippie’ trend was the next big thing. Women wore bright colors and had long hair. Men had long hair too and wore clothes that reflected their mood. We can safely say that during that time, everyone was ready for Disco!

Colourful tights and fitness clothes was a big thing during the 1980’s. Bg jewellery was in trend and no one feared to wear what they wanted to. This is how fashion should be.

When we slowly moved to the period of 1990’s, pastels and more somber colours came into picture. Although women and men both, still sported big hair, their makeup was a lot more natural looking.

The present fashion style is a mix of colours and pastels. It is more of a ‘you could wear whatever rows your boat’ kind of a sense. People do give a thought to the way they present themselves to others. Business etiquettes and office fashion sense has come in picture. You need to look presentable.

One thing that can’t be missed is how we’re going back to the future. Anarkalis, Bell bottomed pants are making a comeback, indicating how fashion can be inspired from anything.

” I have always believed that fashion was not only to make women more beautiful, but also to reassure them, give them confidence.” – Yves Saint Laurent

Fashion is a universal language. It is understood and spoken by many, but differently. The fashion industry is one of the most competitive and respected industries around the world. Fashion does not only make you beautiful, it also gives you confidence. And isn’t that all that matters? 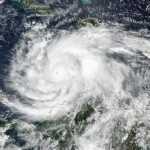 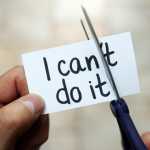