Relationships shower tons of bliss in our lives and give us an enormous reason to be in love with our lives. How pleasing it is to have someone by our side eternally, the someone, we can devote our entire life to. Love is the purest and the most charming blessing one could ever get.

In spite of shielding our relationships, there are more than thousands of people who ruin the situation for themselves just to satisfy their self-esteems. What pleasure people gain by throbbing the person’s heart, whom they adored so dearly, just for the sake of egoism.

“Egoism” is one of the psychological incentives that promotes the weakening or, perhaps, breaking of relationships. The following are the seven ways in which an ego kills or ruins a relationship

Self-esteem escalates into self-obsession easily. When a person is additionally self-centered, he or she is so preoccupied in self-love that he neglects the person whom he or she is in a relationship with and only spares time for his self-grooming and spends hours with himself. Such a human only loves his or her own companionship. Egocentric people  tend to ruin relationships.

When a person is under the influence of ego, they find fault in all the things that they perceive, especially with regards to their soulmate. The person endlessly criticizes their soulmate even if they are not guilty.

Egoism provokes a boundless number of arguments between partners. When the other person gets despondent by the ruthless attitude of their egoistic partner, it results in separations.

When a human being is egocentric, he or she barely loves the other person. The person starts comparing his or her beloved to a more virtuous or attractive person which fades away the colors of their optimistic relationships.

To protect his or her ego and social status, a person loses his ability to distinguish between right and wrong and does not hesitate even to scorn and insult their soulmate before a huge crowd of people, just to save their dignity.

A person with high self-esteem turns their ears deaf to all the advices and counselings of their soulmate.

A person, when controlled by his or her ego, always desires to be with a person who is of superior status, to satisfy his or her ego. It makes him or her jealous of others acquaintances , and it ultimately ruins his or her relationship too.

Why people disrespect the person who genuinely cares for them, just to fulfill his ego’s false desires?

Egoist people don’t care much about anything other than themselves. That really kills relationships because it plays out as me before you. Open your eyes, and get away your egoistic attitude before you get a chance to regret over a significant loss for your entire lifespan.

More From: Take on People 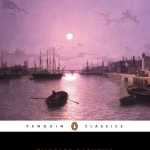