WHY SHOULD YOU VISIT AND KISS THE BLARNEY STONE?

Why do people want to eagerly visit and kiss The Blarney Stone?

THE HISTORY BEHIND THE STORIES OF THE BLARNEY STONE.

The iconic Blarney Stone is inserted in a wall of Blarney Castle, which was built in the year 1446, almost 600 years ago by Dermot McCarthy who is known as the king of Munster, who was accused in a case, therefore, he requested the goddess Clíodhna for some help as he wanted to get out of this case as soon as he could.

The goddess instructed him that during his route to the court in the morning he shall kiss the first stone he sees and he did so, as an outcome of which he was not declared guilty for the case with outstanding eloquence and gained a victory. However, no one story that tells about how the blarney stone came into existence, but the striving superstitions are part of what makes the well-known blarney stone one of the world’s landmark destinations & so fascinating of the Ireland’s greatest glories.

There are also stories which reveal to us how Dermot McCarthy got the blarney stone, it can be speculated that a witch disclosed the rock’s mystical powers the rock now possesses, to the MacCarthys, who once owned the castle.

Yet, if other stories are to be believed they state that the blarney stone was a blessing from Robert the Bruce to the king of Munster, Cormac MacCarthy, as showing a sense of gratitude for his help against the Britishers in the Battle of Bannockburn in 1324.

Likewise of whichever of this is real, it’s still believed from generation to generation the power of the Blarney Stone is in Irish culture but followed by cultures from all over the world with the belief of the gift of eloquence, and because of which so many people have passed this tradition to the next ages. Even though no new myths or stories, have been adding to these anymore in recent times, the spell of it lives on in the long lines of travelers wanting & waiting to kiss the blarney stone.

HOW TO REACH THE BLARNEY STONE?

The Blarney Stone is created into the battlements of Blarney Castle which is nearly eight kilometers away from the County Cork, & if you are coming from anywhere near the Dublin city it takes 3 hours to drive & reach the Cork center. The encircling grassland, palace, & blarney stone all are placed near the banks of the River Martin. Although it’s not likely to verify precisely how the Blarney Stone ended up in the tower of Blarney Castle, and how & when Cormac MacCarthy inserted it in the parapet of the castle.

WHY SHOULD I KISS THE BLARNEY STONE?

Now the reason cannot be as simple as, because all others who visit the Blarney castle situated in Cork County are doing it so maybe I should also follow them and do it. You need some good reasons to follow the culture. So, if you’re hoping to plan a tour or just are inquisitive to know about the facts read on.

Today, people from all over the world travel to bestow the Blarney Stone a kiss, millions have herded to do so without giving importance to the particular tradition or cultural background they belong from. The simple reason behind this tradition is “Kiss it and you will never be short of words.” In other terms, those of us who are fortunate enough to kiss the blarney stone is asserted to earn the “gift of eloquence” or, “the blessing of the gab”.

Where we also have a positive example, in the history where Winston Churchill who went on to serve as the British prime minister in 1940 is among the prominent figures who’ve kissed the blarney stone. He went there in the year 1912 when he was the First Lord of the Admiralty. Now it’s upon you to believe that whether or not the kiss grants a little eloquence on Winston Churchill & also helps him attain fame & importance as an inspired person.

The powers of the blarney stone remain unanimous as we don’t just see Winston Churchill as an example who have gone up to the castle to kiss the stone but for over more than 300 years, nation well-known statesmen, scholarly people, and legends of the silver screen have joined the visitors of millions rushing to kiss the Blarney Stone and win the gift of eloquence.

Several celebs like Nancy Massey who is a traveler by choice & works at the Diligent Corporation, have taken the venture and kissed the Blarney Stone in Ireland, and if they too believe the stories associated with the stone presently should have “the gift of gab.”

In today’s world especially when speaking is what makes or breaks you, your professional, as well as personal lives, are so much in line with how you speak & what you speak if someone has the gift of the gab, they can speak effortlessly and confidently, which is what is required in the recent times and to be able to attract people is what desired by everyone & anyone.

Therefore it is up to the people whether they would want to be live in the energies of the stone & give it a chance and go to Ireland to kiss the magical stone of powers. This implies that whoever believes in the magical powers of the stone will leave the Castle with great eloquence & mastery at flattery once your lips have touched and kissed the blarney stone, it’s also about having faith in something.

A lot of people who think they don’t have much charisma in their personality believe that they can only get respect because they have got the gift of the gab & this is also the reason people visit the blarney stone. The Blarney Stone is meant to impart “the potential to mislead without offending.” Hence this is the gift for which if people visit Ireland, it becomes clear that would also like to visit the Blarney stone to kiss it and acquire the gift of eloquence.

Other than kissing the Blarney stone, who would want to miss out on the opportunity of exploring a 600-year-old castle which is open to all the general public and the castle itself is also so beautiful & remarkable. The stunning architecture of the castle which is very pleasing to have an eye on, and how a castle which is a partial ruin with some exposed rooms, battlements, the four-story monumental banquet hallway, narrow passways, small medieval types of windows providing some light to enter the dark staircase & arched doorways providing an incredible tour of the castle.

Also, we see enclosing the castle is widespread gardens. The paths of the garden have various signs giving out the directions of the charms such as many natural rock forms with names such as the Wishing Steps, Druid’s Circle, & the Witch’s Cave. The garden also has a poison garden with several poisonous plants, for example, ricin, wolfsbane, opium, cannabis & mandate. There’s also a Blarney House situated in the Blarney Castle which is yet open to the public.

Other questions that may arise when you visit to kiss the blarney stone could be,

After almost 600 years, the stone has been notified of being unsafe to kiss, because of the spread of the virus– Covid 19, therefore for now kissing the blarney stone has been officially prohibited. However, as Ireland enters phase three of lockdown, Blarney Castle & Gardens in County Cork, along with entry to the popular Blarney Stone, has been reopened for the crowd.

But people will refrain from kissing the stone because there could be a spread of the infection hence it is not safe to kiss the stone in recent times, and therefore there might be seen a decrease in the visit to such places where there would be spread of germs easily.

Now for people who want to kiss the blarney stone but would also like to ensure hygiene would request the staff working there to clean the Blarney Stone to bring about that you have a great experience when you kiss the Blarney Stone. They will scrub it & sterile it with an antimicrobial wipe before you kiss it, but this happens only if you request to do so.

WHAT IS THE REASON TO KISS THE BLARNEY STONE UPSIDE DOWN?

It is seen here that the person is kissing the blarney stone by lying down with the help of the people working there, taking their head back to almost see upwards while they kiss the Blarney stone. Now how far back you have to lay down to get up-side-down depends upon the person to person but one thing is sure the fellow who assists you at the stone is great and will try to make you comfortable in any situation before you kiss the blarney stone.

It is scary because of the height at which the blarney stone is situated in the castle, yet a thrilling experience and a must to fulfill if you are planning to visit the area. However, they changed it a little from the way it was done during the old times where one had to hold the person’s ankle and then made him hang in an upside-down position to kiss the blarney stone but this method came to a stop when a 25-year-old man slipped free from his friend’s grasp and hurtled down to his death. They reported the death as a tragic incident.

DO I HAVE TO PAY TO KISS THE BLARNEY STONE?

In Blarney Castle, all the people visiting must pay for entry. Tickets must be conserved all the time during the tour of the castle & should be produced for inquiry if asked by any personnel working there. The approximate prices are: for adults €16 or €18, for students & elderly €13 or €14, for children between the age group of 8-16 years €7 or €8 & for children under the age of 8 the entry is free.

They also offer some combine Family package 2 adults & 2 children will cost around €40 or €45. Plan your visit in a way that you should arrive early at the castle so that you don’t have to stand in a very long queue, try to spend at least 2 hours exploring the raw beauty of the castle and gardens surrounding it.

Lastly, it could be very well believed that the Blarney Castle, Blarney house & especially the mystical Blarney stone is a stunning Irish souvenir. Not only is it historically crucial and situated in a well-preserved 14th-century castle, but it also carries with it several of its stories, myths which are told & trusted from over many generations of Irish people and also the legends which lived here & left behind the gift of eloquence, and it’s applause to “blarney,” a marvelous stone, the essence of the word that reflects the good humor and gift for a flattery talk that the Irish themselves are well-known for.

We cannot say for sure about the fact that kissing the Blarney Stone, will give you the gift of gab, but one thing is for sure that one will not stop talking & praising it for its extraordinary beauty of not only the Blarney castle but also the gardens surrounding it, having varieties of trees & plants to set an eye upon, therefore one can visit the place not just for the gift of eloquence but also for the breathtaking experience. Blarney Stone provides an idyllic charm, as well as greenery in the middle of the ruins setup, bestows a peaceful background. 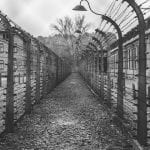 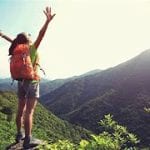