Since the commencement of our constitution many freedom rights have been promised by the lawmakers to the citizens of India. Religion is one of such freedom guaranteed by article 25.

Article 25:  All persons are equally entitled to freedom of conscience and the right freely to profess,practice and propagate religion.

Thanks to the lawmakers for making our lives convenient by blessing us with a secular state. Equally thanks to its citizens for using this extreme power to make the living conditions repugnant.

India is prospering day by day and is worlds 3rd largest economy by Purchase, Power and Parity. Our government is toiling daily by introducing new policies to boost growth and we also anticipate ourselves as a future world power. Starting from Swach Bharat, Green Highway, Clean Energy, Clean Ganga, Changing emission norms  etc. to bringing back Black Money, Govt. is promoting clean and thriving India. Resolutions are being passed in UN and COP-21 is going to be held in Paris in December. India is under pressure from the international community to curb pollution.India is 4th largest carbon emitter after China ,United States(US) and European Union(EU).

Reason to talk about this whole story is to make all of us aware about one more culprit which is obscured from our eyes. It is not the religion but our superstitions to practice religion. Every year effigies of thousands of demons (Ravan) are burnt in public.It is not wrong to say people are making a fool out of themselves by thinking that they have burnt the demon out of their lives. Actually they are burning paper and money to give birth to a demon which takes almost 3 million lives in our country i.e. Pollution. Huge crowd gathers in grounds to see the demon burning at the cost of Environment and Money. In a country like ours, crippled due to poverty, so much money is burnt to gather blessings rather than feeding the poor.

In past few months there have been some landmarking decisions on such rituals, for example, National green Tribunal recently passed orders to ban non-bio-degradable Ganesha idols to be used in Visarjan, Supreme Court has slammed Maharashtra Government for adding water in Godavari river to promote Shahi-Sanaan for Kumbh Mela instead of providing water for irrigation to farmers when whole state is in the jaws of drought.What about Vijayadashmi? The Government has banned public smoking but is seemed to be handicapped in front of such a catastrophic practice of religion. Not only the govt. but the citizens are also an accomplice in it by misusing the power given by the Constitution to them. Indeed, it is appreciable that several NGOs are acting against such practices and courts are also ordering to shut down such activities but the awful thing is the lack of implementation. Even after orders of National Green Tribunal(NGT) people used Non-Biodegradable Ganesha idols and there was no action against them. Similar is the case in Maharashtra where the Court is seeking answers after water has been used, thus, making these steps useless.

The main reason behind these incidents is that all our tribunals or other such bodies are in the subordinate role to the Govt. or working under the disguise of the Government. These bodies have to be given constitutional powers to tackle spring back from the Government. Also t is the time to develop the consensus and to go back to ancient ways of practicing the religion where it was a symbol of peace and tranquility, not the demon itself.It is also the time to repeal the Article 25 to allow freedom to practice religion without harming environment.

Our environment needs us!!!

I am a Mechanical Engineer and a civil services aspirant.I am working in automobiles sector.
Apart from job and study I am accustomed in Painting,Music and Travelling. 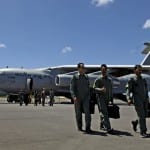