We have all been on those annoyingly long bus rides as a part of our school/college trips. Every single person on these trips finds a way to kill their time, be it reading, eating, sleeping or singing. I have categorized them into five different kinds:

These are the people who, more often than not, sit at the back of the bus and sing songs at the top of their voices. They are also the people who get the most insults and glares from others on the bus. There are a large number of reasons for this hatred: Others don’t like the songs they sing, their singing is disturbing the sleep and other activities of the non-singers and the most common reason is that these so-called singers are incapable of matching pitch.  However, they do constitute the largest part of the travellers and do seem to have the most fun.

They are those travellers who like to spend their entire time binged on eating or drinking and are hence always in need of a bathroom due to the latter.  As we all know, ‘Time (and the bus) never stops for anyone’ Convincing the teachers to in turn convince the bus driver to stop is a herculean task in itself. These categories of travellers become experts in controlling their bladders. They are also the ones who litter the bus the most with their empty food packets and water bottles. They are the ones occupying the front of the bus as it’s the closest to the door, which in turn is closest to the bathroom and the restaurants. By sitting in the front the food gets distributed to them first.

They are those travellers who can fall into a deep sleep at any given time during the bus ride. There is no particular part of the bus that they cannot be found in, they are often found interspersed between all the other travellers. They can be identified as the ones who chose the seats which can be pushed back the most, which in turn provides them with maximum comfort while sleeping.They’ll usually have earphones stuck into their ears to block everyone out (especially those aforementioned singers) and most probably even have some kind of sleep-playlist. They are also the poor victims of candid photos that are taken of them when they are asleep. Mouths open, drool on their chins, limbs spread awkwardly and comical expressions on their faces: these are how they are captured in their friend’s cameras. These photographs provide to be excellent blackmail material in the future.

They are the people who come up with a wide variety of games to entertain themselves throughout the generally boring trips. ‘Dumb Charades‘ is the saving grace of these kinds of travellers, ‘Atlas’ coming second to it. These travellers move far and wide in the bus to find the next group of people who are playing an interesting game. They attract the most attention and have the loudest laughs in the bus. Very often, people randomly join in the game from some far corner of the bus. These people get shouted at by the ‘original players’ for ruining their score. These people are generally very enthusiastic about winning even though it’s a leisure activity. They also tend to make the best of memories while playing these games.

These are the people who have had enough of dealing with other people, for such a long time, in an enclosed space. They stick the earphones in their ears to block out the sound that the others are making. They pretend to be asleep so that they don’t have to make conversation. They are generally found sitting by the window, staring dramatically out of it. There is however, no particular place in the bus that they can be found in. Let’s be honest, each and every one of us has had enough of dealing with people and has pretended to be asleep, at least once in a school trip. These are also the people who like spending time with themselves, they end up reading a book or observing others.

All of us, while travelling, have been a part of one or more than one of these categories. So which one are you? 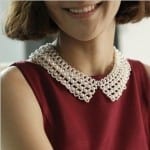