What came first? A hen or an egg? It’s quite a philosophical question. Some people believe that it was a hen, the others keep on proving that the egg really was. What about a hairstyle? Is the state of your mood depending on the condition of your hair or vice versa? What do you think?

Personally, I do believe that we can not create a good hairstyle without being in a good mood. Let’s look what the scientists think about that.

There is a science called cosmology, the supporters of which state that there could not be anything on this planet appearing without a creator. They claim that there definitely was someone who invented everything. In other words, if there is a lamp, there might be someone who has made efforts to produce it.

The same is about mood and hairstyle, don’t you think? Aristotle defended the idea that there is a law of reasons and consequences. According to this law, each act of a human being is a result of the idea, which appeared in their mind first. Can we apply this law to the connection between mood and hair style? If we ask a question to ourselves, what came first: (1) our idea to create a definite hairstyle and add various highlights, or (2) the hairstyle itself, which of the answers would you choose?

Ok, if it was our idea, how can you explain then who gave you this idea and how it appeared in your mind? You know, animals have intellect, but they can not create anything. Opposed to them, people are smart enough not only to imagine something but to produce something, which has not been invented before. If it’s so, how people themselves appeared on Earth? Did they come from a bacteria evolution or there is someone who breathed the blow of life into their lungs? In fact, Charles Darwin, who created the theory of evolution and was constantly underpinning the idea that people appeared from a bacteria, rejected HIS OWN THEORY at the end of his life. By the way, Sigmund Freud, the author of the psychoanalysis did it too. Whom can we trust then if such well-respected scientists considered to have been very reliable still changed their mind in front of the face of death?

Taking all this stuff into account, you might be a little bit confused. To be open, I was as well. However, these are the historically noticed facts…

Let’s move back to the mood and hairstyle if you don’t mind.

You’re quite a stubborn person, aren’t you? Let’s imagine then how your hairstyle appeared on your head. I think that you took efforts to use your hands, your imagination to make your hair, didn’t you? Also, your feelings were involved in the process of creating this or that hairstyle. Your emotions played a great role during this too, if you are not a numb person, of course.

Hence, as long as the mood is the sum of our feelings and emotions, your mood should have been involved when your hairstyle was being created. And your idea what hairstyle to choose today was just a catalyst for your later reaction.

Even if you disagree…

I am still sure that you would agree with a fact that when your boss is in a bad mood, their hairstyle is outrageous. I am sure you will recognize that when you are in a good mood, you receive much more compliments from your friends. So definitely, it’s much better to be in a good mood and create an awesome hairstyle.

Leave you a place to think over everything and make the right decision.
Farewell, dear, looking forward to your comments below.

Neha Jain is a 21 year old writer, hailing from Delhi. She loves reading and has a passion for writing and meeting new people. 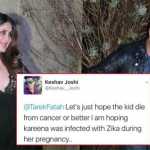 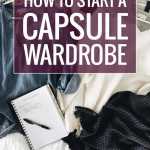