If your resident class clown gets on your nerves, then have fear, for humanity has found itself plagued by tricksters since time immemorial.

In fact, you’re as likely to find a trickster in mythology across the world, as you are to find one in your class.

Psychologist Carl Jung calls the trickster figure an archetype or a universal motif that spreads across various cultures.

William J. Hynes, in the book Mythical Trickster Figures (1997), classifies the mythological trickster as one in whom manifests the traits of an ambiguous and eccentric personality, deceit and shapeshifting among others.

So here are four tricksters from mythology across the world.

As one of the twelve Olympian Gods, you might expect Hermes to behave responsibly— except this God is probably unaware of the existence of such a concept. 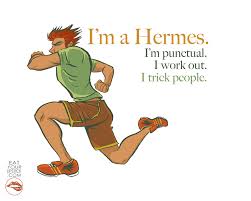 Hermes finds himself in search of constant amusement and is perhaps one of the most colorful gods in Greek mythology (which speaks volumes when you consider that the Olympians were a colorful lot).

At an age when humans are still leading to walk, Hermes stole his half-brother, Apollo’s sacred herd of cattle while carefully reversing their hooves to cover his tracks.

At one time or other, Hermes has stolen Poseidon’s trident, Artemis’ arrows and Aphrodite’s girdle. Perhaps the only thing that saved him was his skilled rhetoric and diplomacy. You might be surprised to know that this thief god is also regarded the patron of the home.

Do you think you have a terrible sibling? Think again.

This storm deity of the Shinto religion is most famous for plaguing his sister, Amaterasu, with the destruction of her kingdom in the High Celestial Plains. While he initially ruled with her, he was banished for destroying forests and killing the humans on earth.

In one myth, Suzanoo flayed a celestial horse and threw it upon his sister’s roof. Angered, Amaterasu responded the way several teenagers might and shut herself in a cave, refusing to emerge until the other gods had pacified her.

Quite obviously, Suzanoo was banished again. In spite of his reputation, this deity is associated with culture and farming. 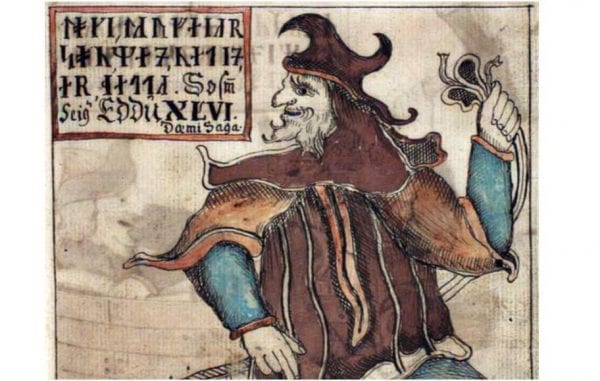 Before he was a popular Marvel Comics anti-hero, Loki was the resident trickster of the Nordic gods.

In Norse myths, Loki is portrayed as being scheming. He’s by turns playful, malicious, and helpful, but has rather nihilistic tendencies.

Loki is quite selfish in his desires and helps the gods and giants alternatively depending upon which benefits him.

Loki’s genius might lie in the fact that not only does he defy society, but also Nature. Loki is the mother – no, that is not a typographical error– of Sleipnir, Odin’s horse, whom Loki gave birth to after shapeshifting into a mare and courting the stallion Svaðilfari, as is recounted in the tale of The Fortification of Asgard. 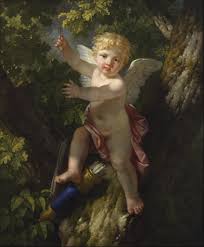 The favorite god of anyone in love, Cupid’s image was originally that of a beautiful young man who played tricks on those in love.Being struck by Cupid’s golden arrows leads to uncontrollable desire and being struck with the leaden one leads to aversion. 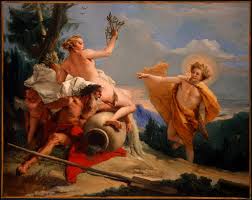 The god Apollo (who seems to be at the receiving end of one too many pranks) was struck by a golden arrow when taunts Cupid of his poor archery skills and the object oh his love, Daphne, is struck by a leaden one. Cruel, cruel love!