The year 2016, is a year of glamorous success for most of the Bollywood actresses. A majority of female celebrities have gained grounds of fame and appreciation, and their talents received commendable appreciation, while a few celebrities’ status descended this year.

Since 2013, Deepika Padukone has done an exceptional job in the Bollywood Industry and undoubtedly, she continues to be the most adorable personality. Her latest blockbusters include Bajirao Mastani, Happy New Year, and Piku.

The “Barbie Doll” of Bollywood, Katrina Kaif, exists inside a million hearts. Although her last film “Fitoor” did not receive many approvals from the viewers, she is the second topmost regarded Bollywood pop idol. Her latest Super Hits and Blockbusters are Bang Bang, Jab Tak Hai Jaan, Dhoom 3 and Ek Tha Tiger.

Anushka’s releases in the preceding year 2015 did not survive as per the expectations, in the Bollywood Industry, yet the stupendous acting is Anushka Sharma is still applauded. Her top-grossed latest release is PK.

After the success she had obtained from Aashiqui 2, this young and gorgeous lady has reached the peak of success year after year with her blockbusters. Her notable films include Ek Villain, ABCD 2 and Aashiqui 2.

The cutest and one of the youngest princesses of Bollywood, Alia Bhatt, is the top fifth rated Bollywood sensation of 2016. With her appealing smile and her exceptional performances on the screen, she has received lots of positive admirations. Her smashing hits are 2 States, Kapoor and Sons and Highway.

The former “Miss World”, International vocalist and star as well as magnanimous Bollywood celebrity, Priyanka Chopra, is the top-sixth ranked actress of 2016. She is one of the actresses for whom 2015-2016 was a year of unlimited fortune. Her recent blockbusters are Jai Gangaajal, Bajirao Mastani, and Mary Kom.

Kareena Kapoor Khan, also known as the “Bebo” of Bollywood is the eighth highest rated actress of Bollywood. Her extraordinary releases consist of Ki and Ka, Bajrangi Bhaijaan and Singham Returns.

2016, is the most providential year for Nargis Fakhri, as she received a unique recognition among top female sensations of Bollywood this year itself. Her top-engrossing movies are Azhar, Housefull 3 and Main Tera Hero.

Sonam Kapoor was endowed with immense honor as she changed millions of perspectives about her poor acting this year. She enacted unexpectedly in Neerja, which is the best performance of Sonam Kapoor ever. Her latest blockbusters include Neerja, Prem Ratan Dhan Paayo, and Khoobsurat. 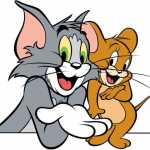