It has just been a week since the new year arrived, paving the way for new beginnings, new trends, new occurrences in every field. We cannot foresee them for sure- we can only look to predictions made, and consider the possibilities of these coming true. Predictions for 2017 are underway in every field, here are the most pertinent in each.

2. Phone cases will be in vogue, being the go to bag to take out. If a purse is required, the one on trend would be a kitschy novelty bag, Vogue reports.

4. The upcoming year will be a huge moment for a certain hair texture-the curls! Hair relaxing will continue their journey of the way out as natural hair takes over,reports The Telegraph.

5. The Telegraph also predicts that the makeup trend for the new year will see a favoring of nude hues. Trends will be in favor of a neutral palette as makeup companies seek to be inclusive of all ethnicity as their potential clientele. 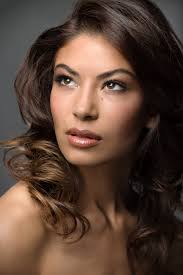 6.  A number of mightily anticipated books are set to release in 2017-including Han Kang’s Human Acts, George Saunders’ Lincoln in the Bardo and Joan Didion’s South and West. According to predictions made by Huffington Post India, the most anticipated book, however, is one poised to perpetuate the glory of the genre of literary fiction- Arundhati Roy’s next novel. The Ministry Of Utmost Happiness is set to be released in the second half of next year, and it is predicted to create quite a stir.

7. 2017 will see a huge surge of non fiction writing set to draw a significant amount of attention, often dispute. Huffington Post India lists among these books Omar Abdullah’s upcoming work on Kashmir, Sudeep Chakravarti’s Bengalis, Sanam Maher’s book on Qandeel Baloch and Devdutt Patnaik’s Gods In Hinduism among others.. Non fiction set to cover Bollywood will also leave an impact, or so it seems, with Rishi Kapoor’s autobiography and Karan Johar’s life story set to hit shelves in 2017.

8. With a number of films slated to release in 2017, the year seems set to be another record year at the box office, reports Fortune. From Despicable 3 to Fifty Shades Darker, from The Fate of The Furious to Beauty and the Beast, a number of predictably high grossing films are anticipated in 2017-making it a phenomenal year for Hollywood at large and Disney in particular, according to predictions.

Emma Watson,set to create waves with her portrayal of Belle in Beauty and the Beast

The Social, Political and Economic Field

9. As Donald Trump takes over as President of the USA, his policies will impact both the country and the world at large. In UK, Brexit will be invoked to bring about the nation’s departure from the European Union. These decisions will both create a worldwide sanction of xenophobia and racism, but resistance is expected to build up at times of such crisis. A massive spending program is anticipated from the USA, and nuclear weapons proliferation will be a major point of contention, New York Post reports. As for the UK, free trade agreements are expected to be worked out between it and the EU countries, besides a strengthening of USA-UK ties.

10. At the national level, a significant policy that is set to have significant impact, carrying forth to the next year is that of demonetization. Predictions on its effects are contested, but 2017 is predicted to see a calming down of the initial turmoil it caused. The permanent effects-on GDP or in financial markets-is one where conjectures differ but that it will impact economic growth is almost unanimously agreed upon. 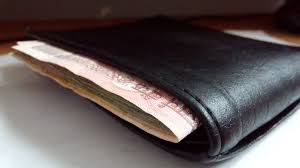 Black Friday 2020 is Coming Soon: What To Not Miss!

This year, Black Friday is… Read More »Black Friday 2020 is Coming Soon: What To Not Miss!

Victoria Falls : 33 Facts That You Did Not Know

The world-famous Victoria falls in… Read More »Victoria Falls : 33 Facts That You Did Not Know

How independent is the new Hong Kong?

With the new Law of… Read More »How independent is the new Hong Kong?