Sadly, Indian television is still running majorly on unoriginal soap operas and surprisingly still managing to keep up the TRP.

Fortunately, India has also finally discovered the art of making interesting web series. Right from TVF’s start-up story Pitchers to YRF’s take on dysfunctional marriages Bang Baaja Baraat, there’s a series for every kind of audience. And interestingly, almost all of them highlight issues or seek solutions for issues pertaining to our society.

So, if you’re looking for good content to binge-watch on, grab your popcorns because here’s a list of 15 must watch web series made this year. 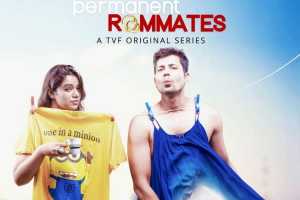 This web series revolves around a young couple, Tanya and Mikesh, who after being in a long distance relationship for 3 years, face the prospect of getting married and all the troubles that come along with it. 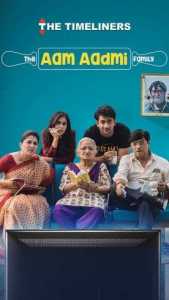 This eight-episode series centers a middle-class family and some everyday issues that every family can relate to. Far from being just another family drama with saas–bahu madness, this one is packed with entertainment, catering to the taste of a broad range of audience. 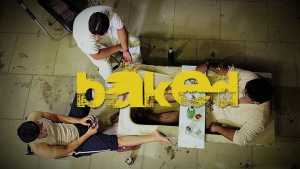 Baked is back after the success of its first season. This is about three dudes from DU (Delhi University) smoking and lighting up doobies, while trying to figure out a “business” which could help them make some cash. They decide to open up a food delivery service, and invariably end up in chaotic situations all the time. The show follows their life and the revolving cast around them. It sounds simple, but what it does in terms of narrative is a giant leap for original Indian content. 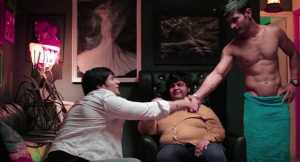 A fictional show in which a straight guy lives with two gay guys, and is aimed at educating the masses on the struggles of the LGBT community in India

Girl in the City, directed by Samar Shaikh of ‘Bobby Jasoos’ Fame, written by Sanyukta Chawla Shaikh (writer of critically acclaimed Neerja), is a coming of age story of 21-year-old Meera Sehgal from Dehradun, played beautifully by Mithila Palkar, who comes to the bustling city of Mumbai to pursue her dream in the fashion industry. The shift from living in a small town to facing the realities of the big bad city. 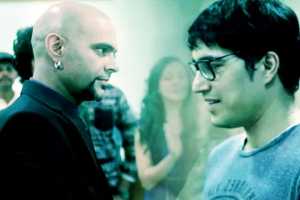 A.I.SHA is the story of a relationship between a man and woman .. Only, the woman is the first-of-its-kind Artificial Intelligence Simulated Humanoid Assistant (A.I.SHA)

Sam, a genius app developer working at Future Lens, is out to prove to the world that he is the greatest Artificial Intelligence app developer. He develops A.I.S.H.A, but things take a turn for the worse when A.I.SHA develops a mind of her own.

This a series that revolves around Dhruv, a Delhiite doing his post-doc research in Mumbai and Kavya, a sales representative portrayed as cute and bubbly. Different from the generic love stories, this one is about everyday moments that make a relationship stronger.

The Other Love Story is an Indian web series that discusses homosexual love in a serious manner. it tells the tale of two women falling in love at a time when homophobia was still rampant in India. It is set in the 90s, an era before the Internet and mobile phones took over our lives, when we still had to rely on love letters and landlines to exchange sweet nothings. The series traces the love story between two neighbors, Adhya and Aanchal, who live in Bengaluru. The dialogues are in English, Hindi and Kannada. This story follows how two neighbors meet, feel something and slowly find the courage to work on their feelings. 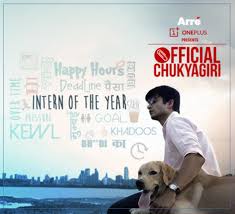 Official Chukyagiri – is about an intern, and we see the corporate world from his eyes- like the ideals that he comes with after doing his MBA, and the real world out there and all the learnings that he has from his books and his teachers, and how the big bad world is so different. 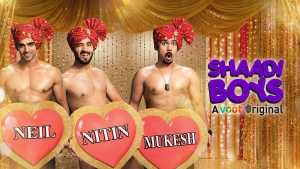 It revolves around three guys — Neil, Nitin and Mukesh — who form a start-up to ‘service’ big, fat Indian weddings after they fail to attain success in Bollywood The show is about the exploits of the three boys as they land their career’s biggest event — the grand wedding of Rhea Oberoi, who hails from an affluent Oberoi family in Delhi. Written by Siddharth Singh and Garima Wahal, who have penned the blockbuster ‘Goliyon Ki Raasleela Ram-Leela’, it is directed by Shashant Shah (of ‘Dasvidaniya’ fame). 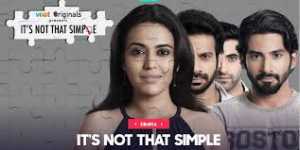 It’s Not That Simple web series is being produced by Viacom 18’s streaming service Voot. The show revolves around the idea of marriage, relationships, a woman’s stand in a marriage, love etc. The series is directed by Danish Aslam, who has previously helmed films like Break Ke Baad (2010), Salaam Namaste (2005), Thoda Pyaar Thoda Magic (2008). 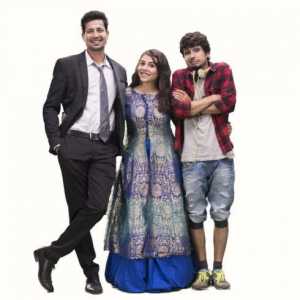 Tripling is a story of three siblings, loaded with the emotions that highlights this unique and enduring relationship. The trio, Chandan, Chanchal & Chitvan -Divorced, jobless, hopeless, set off on an unforgettable, unplanned road trip together to find themselves and their relations.. 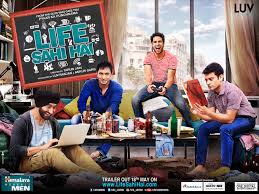 Life Sahi Hai’ is a sitcom that revolves around the lives of four guys who have moved to Delhi to live independently for the first time. They have a tendency to land in uncomfortable and what for us are hilarious, situations all the time. While dealing with bosses, girlfriends and with each other, these guys end up in such challenging situations, which only they are capable of landing themselves in. While they are getting used to the newfound freedom, they realize that freedom isn’t free. But despite all this, they can see the lighter side of life in everything, and keep believing that ‘Life Sahi Hai’

The TVF web-series named Humorously Yours depicts the everyday life of a common comedian. How the fun maker feels before and after making fun of you? Are they really funny or is it just a serious business? This new web series has presented the famous comedian Vipul Goyal’s drama behind the comedy.

The best part in this web series is the thought of giving importance to the life of a comedian. The totally new idea where seriousness behind the comedian life is brought to us with fun, emotions and drama is very interesting. Acting, punches and cinematography are always above the standard in TVF web series. Hat’s off to the TVF for making drama in their own league.

The series ‘Maid In India’ is a comedy series by Web Talkies revolving around Priyanka, a progressive housemaid who immerses herself in social media presence, played beautifully by Flora Saini.. She is a tech-savy and she uses high-end iphone and breaks all the stereotypes.
The show is quirky and funny and certainly worth a watch. The best thing is that the episode duration is quite small, around 5 minutes each.