Mahatma Gandhi, one of the most inspiring characters from the adorned pages of history has and the pioneer of India’s acclaimed Independence till date continues to motivate us towards a life of virtue and moral codes.
An important political and spiritual figure, Gandhi preached the ideas of non violence and peace. The leader of Satyagraha and ahimsa (Non violence) who struggled the paths to democracy has a list of biographies and movies devoted to his established work and life ethics.
Following is a list of movies that immortalized his character of a great man, a pillar on which the existence of a democratic India stands today.

Gandhi, directed by Richard Attenborough is a biographical feature film starring Ben Kingsely as Mahatma Gandhi who collected the award as the best actor for the film. The movie won eight Academy awards from a nomination bench for eleven awards. The movie begins with the encroachment of Gandhi being thrown off a train by the British in South Africa during his days as learning and practicing lawyer in the country to his assassination by Nathuram Godse. The film is a fine description of his struggle as a non violent fighter for the basic humanitarian rights, freedom and equality.

The film directed by Mark Robinson based on the book by Stanley Wolpert of the same name, takes a completely different direction in accordance to other movies depicting the life of Gandhi. The film cryptically brings in light the assassination of Mohandas Karamchand Gandhi by Nathuram Godse. The story insinuates the reasons for the assassination and Godse’s dilemma that embroiled the crucial nine hours of his life about taking the aching action of killing Gandhi.

3. MAHATMA : LIFE OF GANDHI ( 1968)
The film beautifully captures the journey to seek truth by Gandhi, including excerpts of his own verses in a monochrome setting. The black and white direction technique of the movie is delightful in its own very nature.

4. MAHATMA : LIFE OF GANDHI ( 1953)
An American documentary film written by Quentin Reynolds was brought to reel by Stanley Neal released by United Artists in the year 1953. 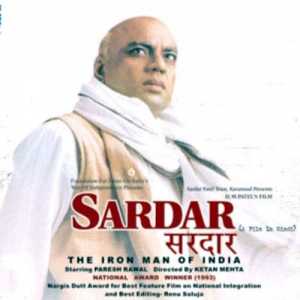 Directed by Ketan Mehta based on the work of Vijay Tendulkar is a real life struggle story of Mahatma Gandhi and noted freedom fighter Sardar Vallabh bhai Patel . The story shows the discrepancies of both the characters and their differences of views until Patel attends a lecture by Gandhi that changes his view points of him. They then, further join hands and fight the struggle of Independence and lead the march in Gujarat.

6. THE MAKING OF THE MAHATMA

A Shyam Benegal Film is based on the early life of Mahatma Gandhi and his struggle for liberation over the 21 years he spent in South Africa . The film is based upon the book, The Apprenticeship of a Mahatma, by Fatima Meer. The film won the best feature film in English award in the year 1996

It is a sensitive take on the strenuous relationship in between MK Gandhi and his son Hiralal Gandhi. Based on the biography of Hiralal Gandhi , the film revolves around the discerning and contrasting ideologies of the father and son duo who believed in different and antagonistic thoughts. Hiralal fighting against the realms of his father lived in the enormous shadow of his father, striving to discover his identity, died unknown and poor.

8. HEY RAM (2000)
A crime drama film was made in both Tamil and Hindi language. Written, directed and produced by Kamal Haasan the film shows a dramatic visual of India’s Partition and the murder of Mahatma Gandhi by Nathuram Godse. The film was selected by India as the its submission to the Oscars in the year 2000, but failed to gather a nomination for further rounds.

The film failed to accolade at the box office but was immensely praised for the plot and the aftermath of Gandhi, his impact on real life characters even after decades of his discerning. The film stars Anupam Kher as a character suffering from dementia who believes that he accidentally killed Gandhi. A superb psychological piece of work , the film is worth a watch.

It is a light-hearted comedy that runs the story of how a underworld con goon is enlightened by the morals of Gandhi. The film shows that adapting the path of humility and non violence can sort many a problems of the daily life. 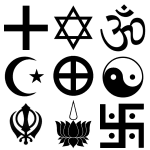