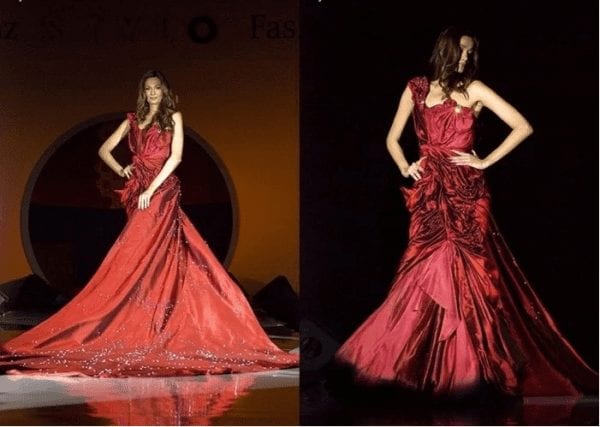 We’re all fans of expensive dresses – the smooth flutter of silk, the sheen of velvet or the sparkle of studded stones. And while all of us have been guilty of sometime or the other, buying a pretty dress which exceeded our budget simply because we fell in love with it, here’s a list of dresses we simply would not dare put our hands on. Here are dresses worth millions, worth enough to buy a yacht or a car with, dresses which could pay off the student loans of hundreds, dresses studded with actual diamonds and lined with pure gold. The purpose? We’ll never know. But take a look at the list of 5 of the most expensive dresses ever: 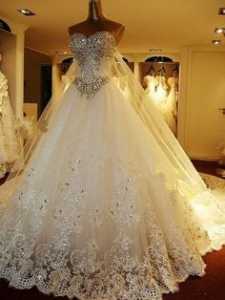 Estimated to cost a whopping $12 million, it is one of the most expensive wedding dresses in the world and is studded with 150 carats of diamonds. It wasn’t designed with the specific bride in mind or for any celebrity but was rather made as a part of the Ritz-Carlton show in California. 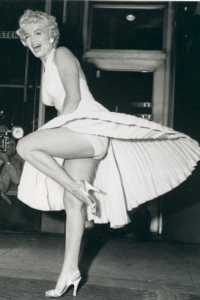 In this case, it’s not the dress but that circumstance that made it worth $4.6 million. Immortalized by Marilyn Monroe in her film The Seven Year Itch and especially when she wore to a promotion event and ended up standing over a grate which caused it to fly up and flutter, the resale value of the dress just keeps going up with each passing year.

Her last public event before she apparently committed suicide three months later. The event that fueled rumors of her affairs with Kennedy. Yes, Marilyn Monroe has always been a top fashion icon with her choice of dresses. Designed in 1961 by Jean-Louis Berthaulto, the dress originally cost $12,000 and is decorated with Swarovski crystals. Apparently Marilyn wanted the dress to be as tight as possible and as a result, the dress was sewn on after she donned it. It sold for $1.36 million at an auction. Another example of where history has made a piece of cloth immortal.

While this plain dress may not look like it, it is actually worth $1.8 million! It is encrusted with more than 2,000 diamonds and has a silk corset which is also decorated with diamonds. Showcased for the first time during the fashion show by Maria Grachvogel, the dress didn’t receive much appreciation because critics believed that spending $1.8 million on a dress shouldn’t result in it looking so drab and ordinary. 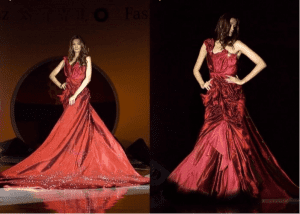 Finally, here is the most expensive dress in the whole world that costs around $30 million. Designed by Faiyzali Abdullah, it is made of taffeta, satin, chiffon, silk, has 751 Swarovski crystals embedded in it and is encrusted with a 70 carat pear shaped diamond. Why you ask? Well, why not. 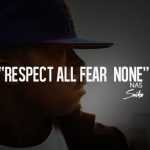