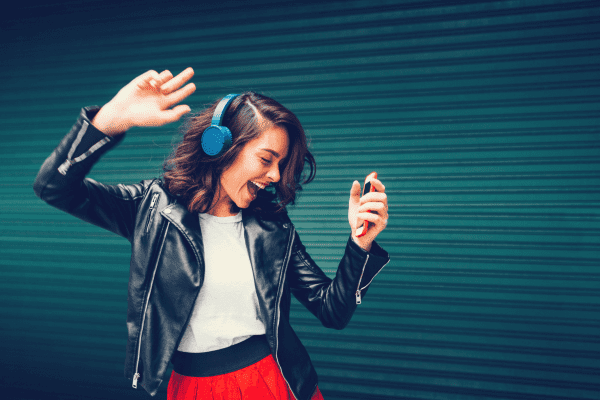 From working out to driving to work, music is our forever companion. Have you noticed how your mood changes according to the genre of music you are listening to? Like a song can turn your mood from sad to happy. Music plays a vital role in all our lives. Admit it; the way music touches your soul no other thing can. We can’t go even a day without listening to our favorite genres of music. But why are we so much attached to listening to music? What are the benefits of listening to music?

Why do our minds and soul can’t help but listen to music over and over again? Have you ever thought about what benefits of listening to music might have that it became part and parcel of our lives? Most of us can’t find accurate answers to these questions.

1. Listening to Music Can Enhance the Performance of Your Brain

The human mind can easily differentiate between noise and music. As the rhythms sway along, our brain cells dance with the beats. And their movements with the rhythm increase your IQ. Yes, one of the widely accepted benefits of listening to music is how it enhances your brain’s performance. Sounds like a fantasy? We have got proof! Researchers at the University of California have experimented with how listening to music benefits our mind functions.

They divided some college students into three groups. All of the students gave an IQ test. After the IQ test, the researchers made one group listen to a relaxing tape. The other two groups were listening to Mozart piano and waiting in a silent room, respectively. Then again, the groups took another IQ test with the same competitive level as they gave before the experiment. And guess what happened?

The ones waiting in the silent room showed 0 progress, and some did worse than earlier. The ones listening to relaxing music showed some improvement. But the ones listening to Mozart Piano showed a surprising boost in their results. After repeating the experiments again and again with new groups, the researchers concluded.

Listening to music is like a warm-up for your brain cells. Hence, the right kind of music can enhance your brain’s performance, making you smarter. This effect is known as the Mozart effect and considered to be one of the best benefits of listening to music. You can experiment on yourself at home to see if your brain takes up the benefits of music. Remember the memory game?

Where you had a few seconds to see some stuff kept on a tray and then tell all their names by memorizing? Take over 15 objects and play the game twice. Once before listening to music and once after listening to it. You will get the proof of the benefits of music right in front of your eyes. Or we can say in your brain

2. Listening to Music Reduces Stress and Improves Your Overall Health

Stress is part and parcel of our lives, isn’t it? No matter if you are a student or worker, boss, or employee. Stress is the most common thing in all our lives in this fast-paced world. This one thing is unbiased to all. Stress doesn’t see if you are rich or poor, male or female. We all face it irrespective of status, caste, creed, gender, nationality, or anything else. But we have got its cure in hand as well. One of the numerous benefits of listening to music is, it helps to reduce stress and leads your life to a healthier path. Music is an effective medium to express and communicate.

You might debate that the benefits of listening to music don’t work in immense stress. But are you sure? Let’s have a look at the scientific studies. New York-based surgeon Claudius Conrad took up 40 severe cataract patients of around 74 years of age. They were divided into two groups.

The group who didn’t listen to any music witnessed the ordinary pains, rise in blood pressure, and other health symptoms you expect from patients who have undergone such a serious surgery. But their condition seemed pathetic when compared to the group who listened to music. This group had lower blood pressure, calmer heartbeat, and even they claimed to feel lesser pain. Where the former group was suffering from hypertension, the latter stayed relaxed throughout the time. Now believed in the benefits of listening to music? Need more proof? Read here how even the unconscious gets the benefits of listening to music.

3. Listening to Music Makes You Happier

Suppose you are outraged. Some person has got on your nerves, and you don’t know what to do. You think other than killing that someone, nothing or none can calm you down. Have you ever faced such a situation? What do you do in such circumstances? You can’t just go and kill someone no matter how much you hate him or her. Some say counting helps to lower anger. I tried once. I fought with my younger brother, and I started counting not to beat him.

But while I was counting, he kept on getting on my nerves more, and the rest is pathetic. I wish I knew that day how music could turn the beast in you into a beauty within a few moments. Don’t believe me? Read ahead to know another of the many benefits of listening to music is, making you a happier and better human being.

From 1994 till 1999, thorough research was conducted on over 500 people from all over the world. The motive of the research was to know if severely depressed people can be helped with the benefits of music. And guess what happened?

In those five years, music gave those gloomy people a reason to get out of their depression and lead a happy life. They found one common reason to smile again- music. In 2006 and 2009, similar studies were conducted, and the results were joyous. The benefits of listening to music included giving proper sleep to people with sleep disorder and making people in immense pain feel way less pain.

4. Listening to Music Can Make Anyone Move

Strokes and heart attacks are common these days. Even though they don’t bring death to the patients all the time, they often leave parts of the patient paralyzed. When we are in a state with no fixed medicine of vaccines to cure paralyzed patients, they can be pumped up with the benefits of listening to music. Yes, music can not only reduce physical and mental pain but also can induce life into lifeless limbs.

Stroke is the fourth leading cause of death in the United States of America. So the doctors and scientists grouped up in 2008 to see if the benefits of listening to music can push it to go lower down the chart. The researchers took up 60 patients just after they were hospitalized with significant stroke attacks. They all faced some amount of physical or mental paralysis due to the stroke attack. They divided the patients into three groups. One group was told to listen to music; one was asked to listen to audiobooks, whereas nothing was proposed to the remaining group of patients. After three months, the groups were called up again to study.

The group that listened to music every day for the three months showed progress to regain then physical and mental memory back. Neither the listeners to audiobooks nor the remaining group that did nothing showed any traces of progress to lead a normal life again. This was proof that having relief from stroke and heart attack pains were included in the benefits of listening to music and not any random sound.

If you still have any doubts, read the study by the University of Helsinki here. That shows how listening to music helps stroke patients feel lesser pain. It is unknown how music works on the paralyzed limbs, but it seems like even the almost dead cells get the motivation to live listening to Ed Sheeran.

5. Listening to Music Connects Us In an Invisible Bond

Ever thought why we all stand during our national anthems? We stand to show respect to the national anthem. And this practice is universal irrespective of country, caste creed, or any other discrimination. One of the best benefits of listening to music is, it connects us. Research says, listening to music gives rise to social connectivity in us. Humans are social creatures, and the benefits of music are how it connects us socially in different ways.

Let us give you some examples. In sporting events when the whole crowd stands together to sing the National Anthem along, in religious places when all the devotees sing the hymns to pray along, in protests when the march sings along to express their common aim, in concerts when everyone in the audience sings together with their favorite artist. Aren’t these all crystal clear proofs that one of the undeniable benefits of listening to music is, it connects us in a beautiful bond.

Not only it does with strangers but also our loved ones. Remember how secured and comfortable you felt listening to your mother’s lullabies? How romantic songs bring two love birds closer?

These all prove that the benefits of listening to music include how we more effectively connect with not only ourselves but also with the world as a whole. We all are connected by music.

I know there are tons of other benefits of listening to music. Like it enhances your athletic performance, and it even helps in treating mental and physical illness. Music therapy is a widely practiced way of treatment these days. But better live in silence than listening to the wrong type of music. Yes, to get all the benefits of listening to music, it is important to choose the right kind of music. Read here to know more about what’s your right type of music. And don’t forget to keep hymning! 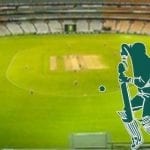