Stardom is a dream we all want to live and breathe. With every daily soap and a new movie release and lately popular online streaming platform, we have stolen dislodges to practice in showers, daydreamed ourselves in a while attending a class, and have even found an escape from our long daily work routine. With the top 5 acting schools in India, you may just be able to live out your drea.

It’s never too early or too late to start working on your dream and be a part of the acting industry. But what we don’t often understand is the correct way to build our path, which guarantees a career in whether it be film-making, screenwriting, or acting itself. This lack of knowledge sometimes forces us to opt for different career paths, leading to a sacrifice of our dream or a life long struggle of building the correct network and finding projects.

Just like any other career option, studying about cinema in and out is very important, you need to know it’s ethics, different courses, history, future perspectives, also, you need to know how to act. It seems pretty simple when you watch it on screen.

Still, it takes a lot of practice and hard work of the entire team to get that single shot right and appealing, and for that, an actor needs to have a strong command on his emotions and expressions, and that is why an acting school is a must for every aspiring actor.

The Top 5 Acting Schools in India

Here are the top 5 acting schools in India that you can consider to enroll yourself in.

F.T.I.I. is one of the primary acting schools founded in our country in the premises of Prbhat Studios (1960) that have produced several Bollywood famous figures, making its place in the top 5 acting school in India. This school provides graduate and postgraduate courses, lasting from 3 years extended to 1-year long diploma courses that you can choose from, depending on your interest. The selection process is limited to the number of seats with an Entrance Exam held every year known as the J.E.T.- Joint Entrance Test.

The test is followed by Interviews and Orientation as the second screening process, where the students are judged based on their seriousness for the field and their performance. The college also provides scholarships to the students who do exceptionally well.

Some of the notable Alumni of F.T.I.I. are Om Puri, Rajkumar Rao, Naseeruddin Shah, Jaya Bachchan, and Prakash Jha.

Founded by the Sangeet Natak Akademi in 1959, N.S.D. became an autonomous organization in 1975. This school is considered to be the most recognized drama schools around the world and the one of the best among the top 5 acting schools in India in terms of theatrics.

The students are taught the basics of drama, promoted to write their plays, directing them and performing to improve their overall skills. Theatre artists have to be very refined because they don’t get a retake or another chance, it has to be spot on, the expressions have to be engaging, voice has to be loud and clear. Since the theatre industry is so demanding, the selection of the students is also rigorous.

These students are required to have prior experience, political awareness,  need to be good storytellers, and also possess the knowledge of plays from different eras and different languages. You don’t have to be a master but should be prepared with some basic knowledge. N.S.D. also follows the examination process, and the students who clear the entrance exam are required to appear for an audition. Make sure to go through the criteria list before applying for the exam.

Some of the most popular method actors like Irrfan Khan, Shah Rukh Khan, Pankaj Tripathi, Neena Gupta, Nawazuddin Siddiqui, and so many more are N.S.D. alumni.

One of the top 5 acting schools in India is the famous Barry John’s Acting Studio. Started by Barry John himself in 1997 in Noida Film city by the name of Imago Acting School was later renamed to B.J.A.S. when another school was opened in Mumbai in 2007. The school aims at reshaping people into a better actor in and out.

The focus is placed on practical knowledge rather than the theoretical one which makes the courses much shorter to one-year diploma courses or 9 months long certificate courses that are much more favorable to the students as they get to work or study along with their acting classes. The courses although is shorter in duration, are much more rigorous and dedication demanding than the other schools. The thing that makes the B.J.A.S. classes more unique and accessible are the techniques used to form an actor; these techniques are up to date and taught by a few of the best theatre experts in the country.

This school,  one of the top 5 acting schools in India, has several famous actors like Manoj Bajpayee, Richa Chaddha, Varun Dhawan, and Rana Daggubati, associated with its name, believes in providing a lifetime experience to there students.

“Even if you discover that you are not the world’s greatest actor, you will not have wasted your time, for you will have grown, developed, expanded your mind and thoroughly enjoyed yourself. It’s magical!”

There are no criteria or an entrance exam to get admission in this school but once you do enroll, promise to make the most of the money you put in this.

One of the more recent institute to join the list of top 5 acting schools in India is Anupam Kher’s Actor Prepares, started in 2005 in Mumbai. The school is very famous among young people who look forward to being an actor as it provides both theoretical and practical knowledge in a short duration from 1 month to 3 months long.

Actor Prepares stands out because it is equipped with the best facilities and a regular visit by some of the famous Bollywood actors as the guest lecturers who provide hand-on experience on acting and tips on building a successful career. Anupam Kher also designed the classroom strength to e small so that every student gets individual attention by the experts and Anupam Kher himself.

Like B.J.A.S., Actor Prepares, too doesn’t hold any entrance exam so that people at any age can follow their dreams even if they don’t have any prior experience. The duration is as short as three months, let’s the students get into the industry sooner, and being linked to a school by a famous Bollywood actor Anupam Kher helps them to have good connections in the industry from the beginning of their acting careers.

An acting school that was added in the list of ‘top 10 film schools in the world’ by “The Hollywood Reporter” in 2010 has to be a must in our list of top 5 acting schools in India. Founded by Subhash Ghai, one of the best Bollywood filmmakers is associated with many famous names around the world as it’s working partners, which gives it’s students a chance to work in industries outside India.

As fancy and alluring as it is, the school is hard to get in. It too conducts Entrance exam every year, and only a handful make their way in. With a hundred percent placement guaranteed, this school is everyone’s first choice, but it’s annual fee often makes one look for other, more affordable options. What many of us skip is the idea of attaining scholarships.

Though the college provides several scholarships on its own, man celebrities as big as Amitabh Bachchan have started sponsoring the education of the deserving students. They prove to be hardworking and dedicated. These students get to study thoroughly free of cost and also enjoy the perks of being introduced to their celebrity sponsors. So this school features in the top 5 acting schools in India.

Building a carer in the acting industry sounds magical and full of the limelight, but make sure to do thorough research before taking any step, connect with people who have experience. Don’t depend on it entirely, always prepare for other career options as you move ahead, remember it is the fastest growing industry with thousands of new aspirants emerging with the same dream every day. Plan your steps, study, and don’t give up. I hope you found this list of top 5 acting schools in India useful and worth your while.

If there is any other school that you’re aware of that should be considered, please let us know down in the comment box below. 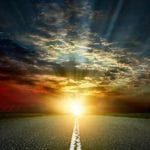 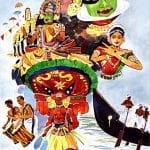