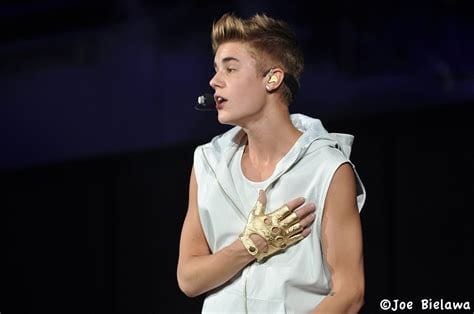 Justin Bieber became an overnight pop sensation with the release of his single ‘Baby’ and later went on to deliver successful albums. Within a short time, the young singer became the youngest billionaire and has enjoyed the spotlight since forever.

Nobody can deny that he was every teenager’s crush at one point. Every playlist had his songs, and every party had his songs blasting out of speakers at full volume. 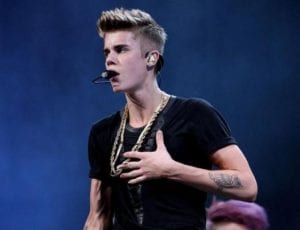 Despite being a controversial personality, Justin Bieber has a loyal and robust fan base. His fans make sure that his songs peak at the top of the Billboard. He has as many fans as he has haters. But ‘Beliebers’ support Justin Bieber strongly.

Justin Bieber has enjoyed fame since his tweens. He has a successful career. But did you know these interesting facts about him? If not, then click here to know!

Justin Bieber has a remarkable and distinguished voice. His music videos are often well-thought and glamorous. In addition to this, he collaborates with powerful artists like Ariana Grande, Usher, Ludacris, Carly Rae Jepsen, Selena Gomez, and many more, which makes him a popular artist.

So without further ado, let’s get into the list.

Let’s start the list of the top songs by Justin Bieber till date.

1. I’m the one ft. DJ Khaled, Quavo, Chance the Rapper and Lil Wayne

This is a powerful collaboration. And the song has insane 1.4 billion views on YouTube. With powerhouses like these, the song was an instant hit. The music video is really cool to watch with a party going on in the background.

With the big stars like Lil Wayne coming together in a single song, it was bound to be a summer hit. ‘I’m the one’ was played over and over. The song has a cool beat and a summery vibe.

Justin Bieber’s silky, smooth voice in the chorus makes this song awesome because it adds a certain auditory touch to it. Otherwise, it would just have been another rap song.

Let me love you became a massive hit upon its release. The music video is unique and features a guy playing a Hi-Tech video game.

The guy meets (or rather plays the game with) a girl in the virtual reality. The whole song happens alongside a lot of action (guns, cars, and well, stealing banks), which adds to the thrill of it.

The lyrics are full of emotions (obviously, Justin Bieber is known for his lovelorn singing with a Velvet voice) and DJ Snake matches those with his great music.

This song became a hit when Justin Bieber needed a hit song badly. The quirky music video with energetic dance moves became instantly popular. The lyrics match well with Justin Bieber’s enigmatic voice. This is another song of his which has over a billion views on YouTube.

Commercially, this is his most successful song, which peaked at number 1 for three whole weeks. To mend his ‘bad boy’ image, Justin Bieber created the perfect song that can be played again and again. As of 2020, the song has crossed 3.3 billion views on YouTube.

Seriously, the song was played over and over at parties, cars, and even for dance. Justin Bieber made sure that his apology left a mark in every playlist.

The music video of this song is as awesome as the song itself. I mean, who wouldn’t like a skateboard party? ‘What do you mean?’ was released along side with ‘Sorry’ and both the songs were successful. The music video features the model Xenia Deli.

Bieber also revealed that the song was about his relationship with the pop star Selena Gomez. They’ve always been a hot topic of discussion and many of their fans were heartbroken when the couple split. You can all about their relationship in detail, right from the start to the end. Click here!

The song peaked at number one and was a huge commercial success. As of now, the music video has more than two billion views on YouTube. The chorus is catchy, and so is the music, which makes a perfect pop song.

5. Where are you now? Ft. Skrillex Diplo and Jack Ü

This song is a turning point for Justin Bieber because it marks his come back after his disappointment with ‘Purpose.’

‘Where are you now?’ is an upbeat EDM song in collaboration with the popular DJ Skrillex and Diplo. The song has 1.1 billion views on YouTube, indicating it’s a success.

The music video shows Justin Bieber (with the full glory of his boyish charms) along with side graffiti type doodle graphics. The song lyrics are really meaningful, and it’s rife with symbolism.

‘Love Yourself’ is a calm song and instantly became a hit when it was released. The video features a couple doing pop and lock while being engaged in their routine activities. The song has 1.5 billion views on YouTube.

This was one of the contemporaries along with Where are you now? Sorry, and What do you mean? All the four songs were massive hits, and Bieber proved that he can gain his spotlight again.

Obviously, this song would make its way in this list because this made Justin Bieber what he is today. This song has as many haters as lovers. But let’s just face it, we all have tapped our feet to this song and sang the chorus at least once in our life. We also tried to rap like Ludacris and copy Bieber’s moves.

The music video features a really cute teenage Bieber trying to woo a cute girl. The video is shot in a bowling club. And it even has a dance battle.

All the millennials will be nostalgic for that era when Justin Bieber created many summer hits like Eenie Meenie and Love me. You guys would also remember the time when all the girls loved Bieber, and all the boys hated him.

This is another popular song in collaboration with Major Lazer and MØ. The official dance music video is set in Iceland in really beautiful exotic locations. The song was written by Ed Sheeran.

The lyrics just sound great with Bieber’s voice. And MØ’s voice just adds a unique melody to the song. This is one of the most meaningful songs Bieber has done.

Cold Water just lets your imagination run wild. Honestly, it makes you imagine romantic scenarios with someone you can’t have. This is a highly underrated song.

With the launch of his latest album ‘Changes’, Justin Bieber has once again stolen the spotlight and claimed fame. Though his album is okay-ish, it has some remarkable tracks. ‘Get Me’ is one of those best songs in ‘Changes’

Justin’s honey voice is combined with Kehlani’s refreshing voice and let us say, the combo worked.

Other noteworthy songs on the album are Habitual, 10000 hours, Intentions, Changes, and a few others.

This was ‘the’ song of 2009. The music video itself is very fun to watch. It has Justin Bieber video shooting himself with a Handycam at a pool party. He also busts some moves in the pool later on. Then we have our rap queen Nicki Minaj dressed in a pastle pink ‘Barbie’ dress. And let’s just admit it, we all went crazy when she said, “Selenor” in the song.

Again, just like ‘Baby’ this song has been misinterpreted and hated by Bieber haters. And I know, 2000s people are nostalgic.

Here’s a bonus song because we cannot leave it out of the list.

This song had two popular teens collaborating for a massive movie like ‘The Karate Kid.’ While this song isn’t perfect, but it was sure on every teen’s playlist. It has more than 950 million views on YouTube.

So this was the list of some of the Best Justin Bieber songs. He has many more songs that could’ve made it to the list like Eenie Meenie ft. Sean Kingston, As long as you love me ft. Big Sean, One time, Fall, Boyfriend, Somebody to love ft. Usher, Stuck with you ft. Ariana Grande, One less lonely girl, love me and many more. Seriously, the list can go on.

Despite everything, it cannot be denied that Justin Bieber is one of the best singers of this century. He has recently released his new studio album ‘Changes.’ Here’s a tracklist of his new album. Click here.

Are you a Belieber? What are your favorite Justin Bieber songs? Do let us know what you are thinking in the comments section below! Share your Justin Bieber playlist with us! 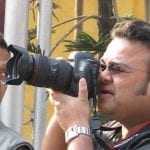 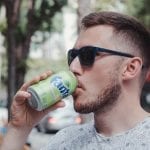