A touching moment was captured by Stephanie and James, parents to a three month old premature baby. The parents aged 34 and 38 respectively did not expect their baby to live beyond three weeks due to a placental disorder before her birth but in the end the doctors miraculously saved her defying the assumptions of medical law. This moment was captured when the child’s father cuddled his daughter for the first time.

While James was cuddling his daughter, his wedding ring slipped into the arm little Mollie Perrin and it became an emotional moment for everyone. Mollie was 25 days old when this image was captured and currently she is 17 weeks old and recovering. Her parents are preparing to take her home for the first time and it’s a proud moment for both of them. Currently the baby is admitted at a hospital in Hull, East Yorks. It is a relief for both parents and they are happy that the baby will be able to lead a normal life. 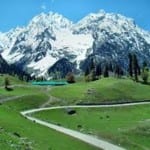