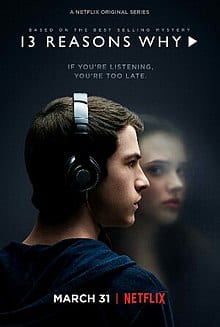 13 Reasons Why created a rage when the first season premiered in 2017. Everyone was talking about this mysterious, dark series that talked about suicide in a way no show has before. This teen-drama wasn’t about good-looking high schoolers looking for romance and raging in parties; it spoke of what’s under the surface.

The show was both real and over-dramatized, making everyone debate about it. Some loved it, others hated it, but everyone buzzed with the excitement of a ground-breaking teen-drama that was here to stay. Teenagers, primarily related to the toxicity in high schools and came forward to tell their accounts of bullying and harassment. The fourth and last season of the serial 13 Reasons Why premiered last month (don’t worry, there are no spoilers in this article) and fans feel bitter-sweet about the end of this journey.

Adapted from a book of the same name and produced by Selena Gomez, 13 Reasons Why is a teen-drama-mystery-thriller that revolves around a teenage girl who takes her life as a result of bullying and harassment, and leaves behind thirteen tapes for each person who caused her to make this extreme decision.

Starring Katherine Langford and Dylan Minnette as Hannah Baker and Clay Jenson, the show is narrated by Hannah as the tapes reach one by one to those she has addressed.

As a conflicted fan of the show, let me warn you: it isn’t pretty. The show has its flaws and is blamed for romanticizing suicide. It also has some extremely graphic scenes, questionable character development, toxic narratives, and inappropriate representation of some serious issues. So this is a trigger warning if you’re planning to watch it (which will also appear at the beginning of the show and before any graphic scene).

It is heavy on the heart, especially for anyone who relates to an aspect of it, and can cause you emotional turmoil and distress. It’s not something you should binge-watch. If you’re unsure, watch this trailer of season one first:

I am not sure if the show is responsible for the toxicity it has been blamed for. Still, I do know that it has a multitude of lessons, memorable moments, and, most importantly, conversation starters.

As uncomfortable as 13 Reasons Why can get, it has opened up a discussion about mental health issues, drug abuse, bullying, violence, sexual harassment, rape, and racism, among teenagers, teachers and parents.

Even if they didn’t do a perfect job at presenting it, 13 Reasons Why can be credited for creating space for unheard voices and issues. Also, after the first season garnered a lot of criticism, the creators incorporated the changes in the next three seasons and made it more sensitive for its viewers.

Here are five things that we can learn about 13 Reasons Why:

The four seasons of 13 Reasons Why have different premises and storylines, but the underlying theme remains the same- mental health issues. The characters all have their backstories, baggage, and trauma. With a peek into each character’s personal life, the show unfolds the complexities of their lives and their effect on their mental health. While they may not focus on a specific mental health problem or disorder a character has, they will show the consequences of neglecting mental health.

Beginning with Hannah Baker, the young girl who is driven to commit suicide, Hannah feels helpless and alone when she is bullied and harassed by her peers. She does not seek help until the very end. But even when she goes to her school counselor, she doesn’t get the professional help she needed, causing her to take an extreme step.

The point here is not that every issue requires you to take action to get revenge on those who wronged you (an utterly wrong takeaway), it’s that when things go downhill, you need to reach out. Whether it’s through your family, friends, or a professional, you need to let someone help you. Suppressing a mental health illness will only make it worse. Mental health problems are real and rampant. They cannot be ignored.

13 Reasons Why stresses the fact that it’s okay not to be okay, as long as you reach out and let people know. You’re strong when you share your pain, not when you hide it.

2. How To Offer Alliance

A lot of people struggle with offering support to loved ones with mental illnesses. While there is more conversation surrounding it these days, it’s still hard to understand what the right thing to do is when you want to help someone. The first season of 13 Reasons Why primarily focuses on what shouldn’t be done. But with the later seasons, as characters grow, the show portrays conversations that involve friends checking in on each other, undergoing therapy, and openly talking about mental health problems.

13 Reasons Why also talks about being a survivor of sexual abuse, sexual assault, and rape, along with the shame the survivors feel. Jessica Davis, portrayed by Alisha Boe, one such survivor who takes her abuser to court, is one of the main focuses of the second season. Her fear, helplessness, and anger, all justified emotions a survivor might feel, are emphasized.

Jessica assures us that being a victim doesn’t make you weak. In fact, she uses her own story to amplify more voices and helps others talk about their experiences. Through this, we find out how to be an ally to those who choose to talk about their stories. It’s essential to listen to them, to support them, and to empower them.

13 Reasons Why, though a teen-drama, doesn’t walk along the same lines as Riverdale or Pretty Little Liars. It focuses on real issues that teenagers face today. It talks about girls being slut-shamed boys being peer pressured and queer people being bullied. Being a television series, many aspects of their lives are glamorized and romanticized.

But it still raises topics that are uncomfortable to discuss but important to be brought up, for instance, rape culture among jocks and depression and suicidal thoughts. Anxiety, insecurity, low self-esteem, body dysphoria, stress, mental conflicts about sexual orientation, peer pressure- are things that are much too relatable to high school students.

But here’s the lesson that it brings forward through it all- conversations can create change. The only way to destigmatize an issue is by talking about it. If there is not enough conversation about real-life problems, there would be no helpful solutions. And that goes for everything- racism, sexism, classism, homophobia, and transphobia. Even if 13 Reasons Why did not address each of these, they did illustrate the importance of instigating change by raising your voice.

For instance, when Jessica comes out as a survivor, she creates space for conversation, allowing other survivors to share. In the fourth season, the show also portrays the lockdown drill in American Schools for shootouts; they show the effect that has on students, the fear they feel, the bravery they show, and the anxiety they get. As an outsider, that was the first time I found out about such drills and realized the toll it must take on students.

This one might sound cliché. But 13 Reasons Why focuses a lot on what it means to be a good, empathetic person. They show that people are more than they seem. You never know what someone’s going through, so do not judge, be kind. In a world where people are quick to jump to conclusions and spread hate without thinking twice about it, you need to be different and learn how to understand and empathize. The show would have had altogether a different ending had everyone been considerate.

That being said, having issues at home or mental health problems does not excuse people being bad, problematic, and inflicting force or violence. The lesson that 13 Reasons Why teaches through Bryce is that being horrible to everyone around you will not fix things. Bryce was a flawed person. He was neglected too much by his parents and had known only privilege all his life. But more than that, he was a rapist, and he deserved to be put in prison (though he met a different fate).

The show also focuses on growth. With Jessica, Alex, Justin, Courtney, and Tyler, who seemed like dubious people, the show uses their stories as teachable moments. There’s always room to grow, to be a better person. And if you try hard enough and let yourself, you can.

13 Reasons Why showed that asking for help is the only way you can make things better. And no matter how alone you feel, there is always someone who helps you and cares about you. That’s what Hannah needed to do and what could have saved her. Even Bryce, had he realized he needed help before he committed unforgivable crimes, could have improved. Tyler, a character who is lonely, bullied, traumatized, and suffers from mental health issues, reaches out to his friends before he does something undo-able. With their help, he grows and reaches a much better place towards the end of the show.

Many resources can help you if you have a mental illness or are in a situation of abuse. The first thing to do is to tell a trusted friend or family member. If you can afford it, consult a professional therapist. If not, click here for sources that connect you to helplines. Click here for a source that offers information about mental health and how to know if you need help. 13 Reasons Why Crisis Information provides helpline numbers for every country, along with resources, if you’re in a situation where you feel distressed and alone.

Gen-Z is subjected to extreme exposure through social media. Young people are already seeing things they shouldn’t be on social media and are either giving, receiving, or witnessing hate much more durable than in real life. With this show, at least the viewers can learn about actions and their consequences.

13 Reasons Why can be very heavy on the heart. Since the show tackles sensitive topics, it’s subjected to even more scrutiny, which is justified. It allows people to acknowledge problems that are prevalent all over the world. If you’re unsure of the toll this show might take on your mental health, don’t watch it. However, if, like many, you are curious about the show that took the world by storm in 2017, make sure you watch it with someone you know and trust. Click here to know more about the good and bad aspects of 13 Reasons Why. 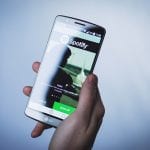 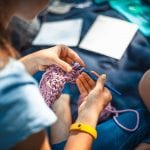