Republic Day honors the date on which the Constitution of India came into action. On this day, 26 January 1950 the Indian Constitution replaced the Government of India Act (1935) as the governing document of India. India would celebrate it’s 67th Republic day on January 26th (Tuesday). Every year to honor this occasion, massive celebrations are organized in Delhi and other state capitals. Delhi Republic Day parade is one of the most anticipated events of the day and the celebrations last for three days. Here are things you need to know about Republic Day 2016: 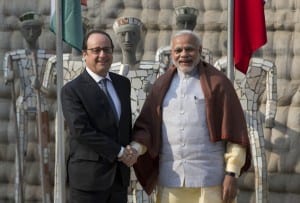 With the arrival of France President, the security will be strict as the country recently faced a Terror strike at Pathankot. And France capital Paris, also suffered a terror strike last year. Therefore, the security forces will not be taking chances regarding safety. We can also see some defense deals being signed as both countries have the same priority, as to counter-terrorism. 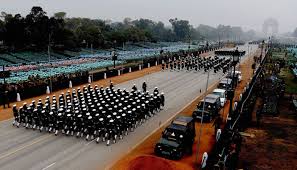 For the first time in history, a foreign contingent comprising of 130 French soldiers will take part in the parade along with Indian Army.

After a long time, Indian Army’s dog squad will feature in Republic day parade. There are around 1200 dogs in the Indian Army dog squad out of which 36 dogs have been selected to march down the Rajpath. In the 36, there are around 24 Labradors and 12 German Shepherds which will take part in Parade. They have been practicing for the past four months, three times a day, along with their handlers to put up an incredible performance. 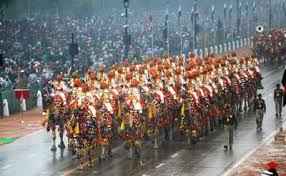 The camel contingent is part of the Republic Day Parade since 1974. The reason behind the removal of the Camel contingent might be to avoid repetitive fantastic performances and also to cut down on the time. 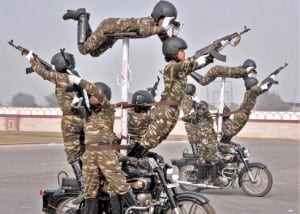 This contingent is called the ‘Women Daredevils CRPF.’ This contingent was formed in 2014 with 120 women riders. They have been training vigorously since then for this very day. Good Luck Ladies! 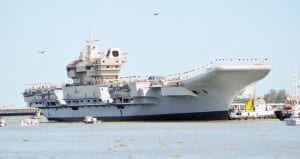 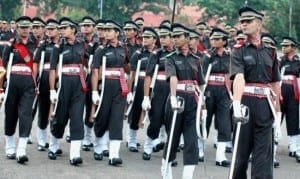 This year, the government is planning to hold a 90 minutes Parade instead of 2 hours by cutting down some of the military contingents and clubbing some contingents together. The time allotted for the tableaux has also been reduced. The paramilitary forces like SSB, CISF, and ITBP, will not present this year.

Apart from this, there are other tableaux like Make in India, Startup India Stand up India and many more spectacular demonstrations to be seen this year. As you can see, there are a lot of new things to witness in this Republic day. Don’t miss it! 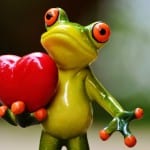 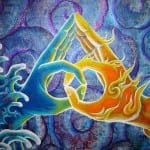