The modern era has completely changed, what was and what will be, of the lifestyle of the present generation. We have now descended into the age of science and technology where everything we do in our daily routine, be it at home or office, is completely interdependent on science and technology. The life of a student in these circumstances has become extremely competitive.

The mood around a student now a days is only dull and gloomy. This phenomenon that has been brought about could be due to many reasons. For example, a goal that has been forced upon on a student is very difficult to achieve mainly due to the lack of zeal, or a student that finds himself unable to achieve his goals because of the lack of an answer to the question that keeps popping up in his mind from time to time, “How?”.

For such people, life seems to be in black and white every day. But always, there are ways to counter everything, as a famous quote suggests, “Nothing is Impossible”.

To benefit the students of the present generation in any way possible, to add a flick of color to their colorless lives, to help them reach their goals, to establish a reason to go on in their hearts, experienced, inexperienced, young people, older people, students like ourselves and many more are coming together across the world creating various mediums and platforms, to help themselves and others around them, especially the present generation, in their own capacities.

The most important of these mediums are magazines. India has an array of magazines to choose from that help quite beneficially to the students.

Icytales.com and The Icy tales Magazine:

A distraught mindset doesn’t serve well and a fresh breath of air each morning can do wonders. Icy Tales brings to you inspiring stories from around the world. There are tales of the past. There are biographies of some amazing people we have lost down the road. There are evaluations of experiments and studies that have changed human life. And then there is news that will have an effect on your daily life.

With exciting opportunities and cash prizes serving as incentive, many people are joining the Icy Tales network posting their share of literary works and publicizing them to a crowd that can never be obtained in your average Facebook post. They are also opening up internships from time to time where people are given the opportunity to write as a guest writer for their magazine and are even being paid handsomely for it. This website and its magazine(which is now being sold at minimal rates) is the best possible alternative to a routine newspaper and people working with it gain a lot more exposure and creativity as a writer, knowledge as a reader and get closer to being an all-time achiever.

This magazine is one of the rear few that is completely focused on students. It is a bimonthly issue and contains information regarding the various developments in India and the world, pertaining to various technological, social and economic advancements and also involving inspiring articles such as those of a famous personality. This year’s issue for example, is based on the concept of ‘Digital India‘ and discusses some of the most controversial topics that are recently running in India right now.

Every possible issue that could relate, effect and inspire the student lifestyle in any way, can be found in this magazine. With the literary works by some of the best writers known to Gitam University, the mag aims to build a bridge between the world and every student in general. It also consists of an entertainment section in which past editions had included movie reviews, a movie bucket list, pages of my diary, comic strips, game machine and more. What more can you ask for!

The magazine caters to a wide audience as it is a student magazine and students tend to have a variety of interests. Although it is for now virtual, plans to release hard copies with minimal charges this year are underway and the magazine itself is quickly gaining momentum. You can rest assured that anyone who reads the magazine will find it quite intriguing and this makes it a must read indeed! 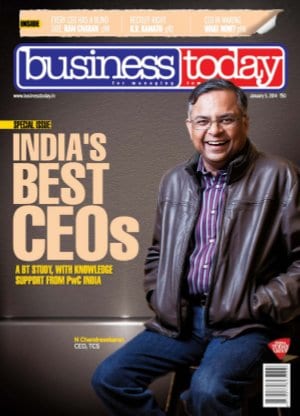 Interested in the business world? Wish to know how a business works? Well then this is the magazine you are looking for. With stories of various well settled business men, tips and tricks etc., Business Today is an inspirational Indian fortnightly business magazine that is recommended for all businessmen and those hoping to start one in the future. 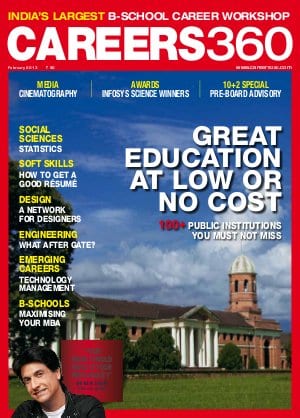 Career360 is an educational product and information service magazine that focuses on various educational sectors. This magazine publishes articles based on several branches of Indian higher education like engineering, law, management and also things related to study abroad. The magazine is also known for its extensive rankings that it publishes annually without fail.

Apart from these there are also many news reading websites that provide updates quicker than a newspaper.

Suno Khabar is an android app that might just revolutionize the way we approach news forever. This is an app with a brilliant idea behind it. Many of us do not always get the time to browse through several pages of a newspaper looking for the specific articles that interest us. Half of the newspaper is advertisement crap anyway and also we might not have the time and patience to read a very long article.

The app Suno Khabar, makes use of voice over artists to get you your daily dose of news, only now the important ones and that too briefed. The best thing is they aren’t limited to a type or place. The professional, voice over artists covers the entire world, including news of not only political significance, but also that of social, lifestyle and scientific importance. You can create a playlist of articles of your interest and listen to them while doing your daily chores.

With various cool features like 2x speed and offline listening etc. this app has been found of special importance for not only the general public, including students, but also those students that are preparing for their civil examinations as they can cover news faster every day with the help of this app and save a lot of valuable time. So this app is a definite must have among your android phone’s applications!