Lifestyle & Hobby The Tiny Home Movement: A New Life for You?

In the early days of the tiny home movement, so many roadblocks were put in the way of people who simply wanted to live their life in the simplest of terms. The movement isn’t just about a tiny home, it’s about simplifying your entire life, unburdening yourself and freeing your soul from all the constraints of modern society.

Young people found that living in a tiny house allowed them to live near campus, in some campgrounds and even in some backyards. Problems arose quickly as municipalities moved to restrict zoning so that the tiny homes weren’t welcomed. In just the last ten years, the tiny home movement took on many of these restrictions and won. 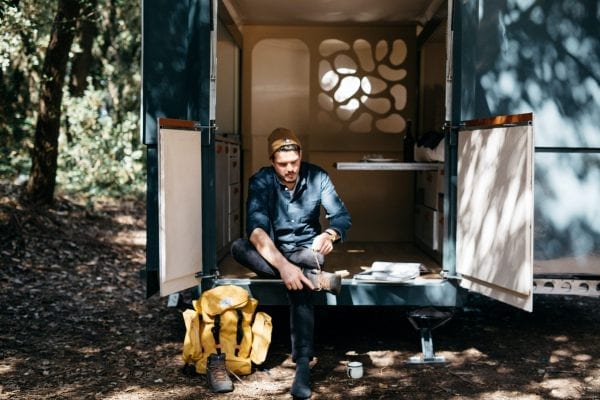 There are many places that allow tiny homes now. There are still states that don’t allow them or place a lot of restrictions on them. One reason is that there is quite an argument over whether they are a camper or a home. It’s impossible to permit them as a camper in some states, which makes it impossible to tow them anywhere. It’s a conundrum for those who build their own and then find out that they cannot get a tag for them and forget about insurance.

The states that have at least some municipalities that are allowing tiny homes include California, Oregon, Colorado, Maine, Texas, Nevada (as long as they are at least 200 square feet), and Idaho. There are reports of them being allowed in some states by mostly flying under the radar.

Most cities won’t allow you to simply park a tiny home in someone else’s backyard, but you might be able to put one on a lot that is hooked to septic and city water. The main cause for pushback in some municipalities is the fact that there are no sewer connections – which makes total sense because most tiny homes have a composting toilet. Still, you do have gray water from washing dishes and taking showers. You can’t just dump that on the ground in most places. That means you’re going to be required to hook your tiny house up to septic services.

For those who have a THOW (Tiny House On Wheels), this is a bit of a pain. For those who are building a tiny home on site, then this is not a problem but building codes are sometimes prohibitive. Still, sometimes, they are changing.

The Economy Helps The Tiny Home Movement By Making Our Point

For years, those who have taken to tiny home living, van dwelling, and camper life have been telling the world about how great simple life can be. You don’t have to give up necessities by any means. In fact, most tiny houses are luxurious compared to many city studio apartments with similar space.

You’ve simply got to adapt to less space and learn how to store things creatively. Everything is designed to maximize space. Many families live in tiny homes because it’s the best way to afford a decent home, provide for children, and afford to live outside of a mountain of debt. Rather than getting on each other’s nerves, they find that it brings them together.

Living as a part of the tiny home movement helps you to live more within your means while enjoying all of the other things that life has to offer. Mountain-high mortgage payments have pushed many families out of the ability to ever own their own home.

Tiny homes have changed that, even being used to provide housing for the homeless in some cities now. People are catching on to the joy of the tiny home movement and it’s only a matter of time until tiny homes are welcomed in more states.