Who is Arnold Snyder?

The actual question would be who Arnold Synder is not. This is the man who was one of the original seven when the Blackjack Hall of Fame was founded in 2002. Synder grew up in Detroit, Michigan and was raised a devout Catholic. Synder discovered blackjack as a game and soon realised at a young age that he was seemingly excellent at counting cards.

Soon he became a regular at the casinos particularly in Atlantic City where the legend came across a man called Tommy Hyland who would be the other member in the Hall of Fame with Snyder. Snyder, however, was not only a man who sat at the tables and counted cards. He is also the man who brought the spotlight to the card game and revolutionised the profession through his books.

If you want to know more, go to a reliable site. Guide 2 Gambling is a website about online casino that you can check out.

In 1994, Hyland’s team had been arrested for cheating at the Windsor Casino in Canada. Casinos all over the world were already in a bid to make the courts declare card counting as illegal and they sprung into action, making Windsor charge the renowned team.

Arnold Snyder came up to be the Messiah in disguise as he provided key details about the science behind card counting and how it was just simple Mathematics and thus, not illegal as suggested. He patiently described the entire process of ace sequencing which had been the reason Hyland’s team had been thrown into the prison.

For days, the judge listened to both the sides but Snyder’s skills in oratory and the way he made the judge realise that blackjack professional players just merely use their superior intelligence and memory to beat the average player was not an illegal path to gain victory. It was the same as a chess game where the more intelligent player beat the less intelligent one by checkmate.

The books that brought blackjack to the limelight:

Next year, he wrote Blackjack for Profit in which he talked about card counting and strategies that would bring a win. His bible for blackjack came next. It was titled Blackbelt in Blackjack: Playing 21 and is a masterpiece for all those who play the game.

The other titles written by him include:

The most famous of Snyder as an author is not a book but the regularly updated journal called Blackjack Forum. The journal is a crackpot of all sorts of tricks that makes blackjack such an interesting game and keeps you winning.

Currently, it has shifted online to BlackjackForumOnline.com. 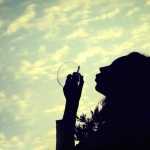