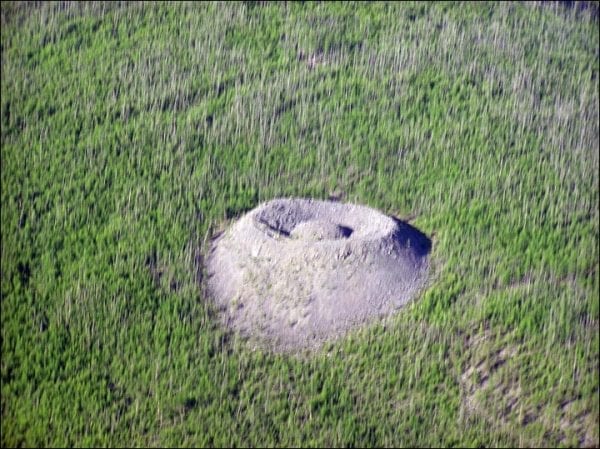 In 1949, an unsuspecting geologist named Vadim Kolpakov discovered within the forest of Irkutsk what turned out to be one of the world’s strangest scientific mysteries – unsolved even 67 years later. 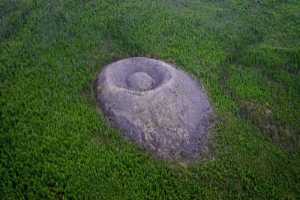 The site in question was a huge limestone formation rising from amidst the dense taiga in Siberia, in the shape of a convex cone with a funnel-shaped recess in the centre, and tiny mound within the recess. With a diameter of 160m and a height of 80m with the mound rising to 12m, a scientist named it the Pantomskiy Crater, after a river running close by. But the locals call it “The Fiery Eagle’s Nest.”

Due to the dense forest all around it, Vadim Kolpakov tried to organize many expeditions to the site and failed. The first trip only took place in 2014 and almost half a ton of material was brought back for examination. 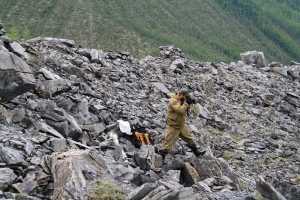 So, what is so mysterious about a crater like any other in the world?

First of all, its origin – a question that still baffles scientists. There have been theories from nuclear blasts to secret gulags to even the far-fetched alien involvement. At first, it was believed to be the result of a meteorite strike with the meteor sinking underground. A theory was put forward to link it with the impact of the Tunguska meteorite, whose remains were never found. But no evidence of meteoric fragments has ever been found. Some believe it could be a nascent volcano, but the area is completely free of any volcanic or asteroid residue. In fact, there are no volcanoes for thousands of kilometers around and the crater seems to be relatively new as well.

After studying the growth ring of the trees growing on it, scientists have estimated its age to be anywhere around 300-350 years old. However, scientists also noticed one peculiar quality about the old trees growing here.

The trees showed a period of abnormally accelerated growth – similar to the one noticed in Chernobyl after the nuclear disaster. Suspicions arose as to whether it could be the result of a Uranium explosion – or worse even, a secret gulag and the entire structure was just a slagheap. But yet again, no traces of radioactivity were found and the area had too few inhabitants for there to be evidence of such large scale work. The fact that the crater is ‘alive’ only adds to its mystery; and by ‘alive’ we mean that it continuously changes shape due to the wind, like the sand dunes in Sahara – only this time it’s solid jagged rock. 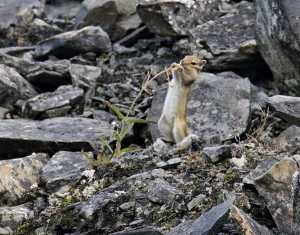 More recent exploration threw up better explanation – gas pockets or a gas volcano consisting of fluids such as hydrogen, deep within the earth could have caused the silicate formation to bubble up creating the mound. The heat release which accompanies the underground release of fluids could have caused the changes in the size of tree rings which was interpreted as abnormal growth. While locals still believe aliens could be involved, Alexander Pospeev, a doctor of geological and mineralogical science firmly stated that “Even now, the origin of the crater is not discovered, but we can say for sure that it has an earthly origin.”There is still the possibility that it could be the impact of some other meteorite which struck when the area was largely unpopulated. But geophysicists from St. Petersburg have stated that meteorite impact craters have a very different shape and this is not one of them. 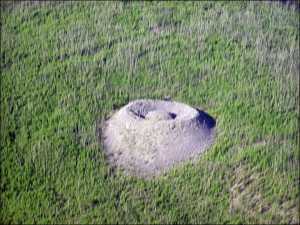 It is now believed that there is something with a high iron content – perhaps a meteorite – sunk 100-150m below the crater. So, as of yet, “The Fiery Eagle’s Nest” still remains of our planet’s many mysteries.