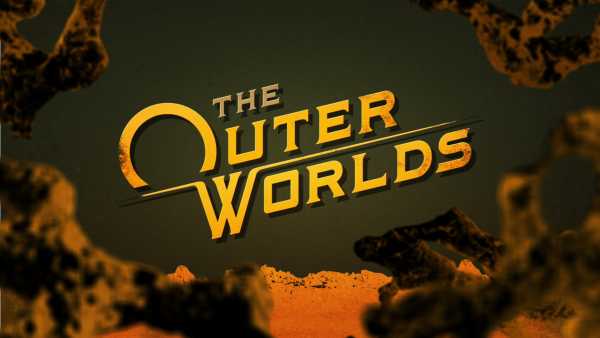 The Outer Worlds is another first-person sci-fi RPG from Obsidian Entertainment, the studio behind Fallout, New Vegas and Pillars of Eternity. In fact, if co-director Tim Cain is to be believed, he wants this to be the next Fallout series itself.

The trailers talk about a player-driven story that’s both exciting and well thought-out.

You are on a colonist ship, asleep for decades, only to wake up and see you’re in the middle of a deep conspiracy. You have to fight various factions to gain control, and you decide who you want to be. Your character choice, in turn, decides the storyline for you.

Also – mega-corps rule the universe. All the planets that you explore have these company towns. People eat the food given by these corporations to them. They take the medicine offered to them. And they chant the company’s name, in religious fervor.

The blend of politics and business seems to drive home a valid point. Remember how the English business East India Company ended up colonizing India? The Outer World takes it to another level.

The Outer Worlds is the first game from the studio in a while, and one console gamers will love. It’s also the last one before Microsoft acquires Obsidian.

You can also try your hands on the enhanced version, should you own the PS4 Pro or the Xbox One X.

The Outer Worlds introduces an advancement of first-person Fallout style gameplay. With in-built RPG mechanics, you have significantly more options.

There are plenty of guns and melee weapons to use through the game; yet you don’t need to shoot your way through to win.

The Outer Worlds rich interface will remind you of the No Man’s Sky. The soaked shades and the varied vegetation gives the impression of terraforming gone rogue.

The free-world gameplay is a plus, but it’s not exactly as you think it to be. For one, you cannot roam freely around the planets you choose – it’s not quite GTA V. Instead, you can only explore one small section at a time. There are plenty of side quests for you to achieve too, as you do  that. It’s kind of like the Spiderman games that you play.

When Does The Outer Worlds’ Release?

The Top Things to Expect from The Outer Worlds

The game is the perfect blend of science fiction and outskirt themes, and one that feels refreshing. Given the popularity of The Fallout and the similarity of this open-world RPG game to it, we might just have another classic to look forward to.