Are money and power all that we need? Is revenge the be-all and end-all of our goals? Does being in an authoritative position guarantee happiness?

Here’s a poem that explores what lies beyond the opaque veil of power and money. And the message is pretty simple – revenge isn’t always pretty. Often it only triggers an endless cycle of misery. This poem narrates a story that everyone can learn from, and a lesson that will never be outdated.

He smiled as he counted the thirty-five pills,
They were his candles on his thirty-fifth birthday.
He swallowed some, with tears in his eyes-
While his mind wandered back to one particular day. 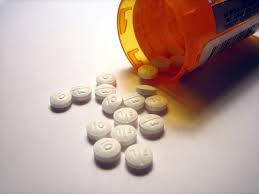 That day flashed before his eyes like a film-
Twenty-five years ago, when he had come home from school.
To his horror, he had found corpses bathed in blood-
Life had mocked him & left him looking like a fool.

He was suddenly orphaned, clueless about his future.
He ran and ran endlessly, with tears in his eyes.
But the years rolled by, and his pain forged him-
He grew up on a diet of hatred, rage and lies.

He had grown up with his face smeared in mud-
He had seen his world being swallowed by flames.
The story of his life was revolving around revenge-
Pages bathed in scarlet, by life’s ruthless games.

He grew up to avenge his family’s death from them.
He made sure that they all had the same fate.
He built his own empire with what he had snatched-
He had heard good things come to those who wait.

He built his empire on a foundation of corpses.
The bricks of it were deceit, greed and manipulation.
And he went on and on, till there was gold everywhere-
Crushing everything in his way, winning every altercation. 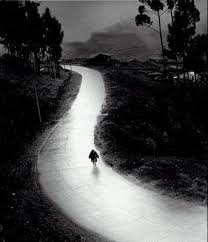 And now there he was on his thirty-fifth birthday.
His eyes were now tired of the dazzle of gold.
For when he looked behind, he’d never seen true joy-
He had no one with whom he would love to grow old.

He had no one to hug him whenever he felt lonely.
He had no one to wipe the tears he shed each night.
For they couldn’t see what lay beneath his veil-
The opaque veil, of unsurpassable power, money and might.

So now he was-unable to cope with the depression.
His eyes were heavy with sleep; yet his heart wasn’t.
He was tired of all the fake bling and flatterers.
Now all he sought was his missing peace-that wasn’t.

So he swallowed all the pills slowly, one by one.
Just as he would blow out the candles on his birthday.
But today he felt peaceful, for there were no hypocrites.
He was alone, just preparing to finally end it today.

That gigantic empire was rendered worthless in a moment.
All that gold around him didn’t really matter anymore.
All that mattered was the end of his pain and loneliness-
As he fell asleep eternally, to find peace-forevermore.