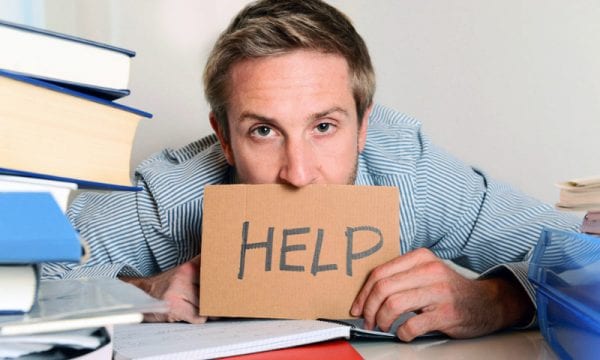 At the beginning of the year:
This year, I’m not going to study the day before, I will study hard all year so I won’t have any worries before my finals.

What happens at the beginning of the year:
Works towards the goal for a day or two, and then starts getting busy with other stuff, parties, friends, texting, hanging out, shopping, sleep, and the list goes on. 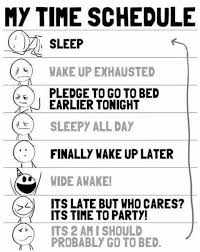 Half way through the year:
It’s ok if I haven’t studied until now. I can begin now, there is still a HALF year left. That’s a lot of time! *Thinks about the lot of time left*

One month before the finals:
Well, one month is a pretty long time. It’s never too late to begin, I’ll start now. *Thinks only about the one month is a LONG time*

A week before finals:
So, I haven’t done anything throughout this year, how much can I do in this week? *Thinks about what can be done in this week*

The day before:
I have only a day left! What do I study? How do I study? Let me find out how much my friends have done. I hope I’m not the only one who hasn’t studied!
The Night before the exam:
‘I am going to fail!’
‘I don’t know anything!’
‘I wish I had studied before!’
‘So less time, so much to study!’
‘I hope the exam gets postponed!’
‘I’ll study well for next year!’
*Calculates how much is needed to study to pass* 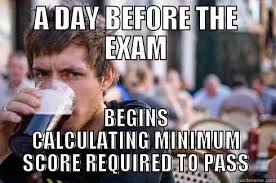 Am I going to fail?
I have wasted my time all year. I regret doing it. God help me. I don’t want to fail. I can not study everything right now, but will what I have studied be enough to pass? I hope it is. I will study all night for this test and hope for the best tomorrow. *Hopes for the best, but expects the worst*

Health tip: Do not study all night before the exam. Sleep is important before an exam as much as studying for it is.

So less time, So much to study:
A worry! This is the worry which leads to thinking that you don’t know anything or that you will fail.
Never think negatively and never worry too much.

I hope the exam gets postponed:
Ah! The night before the exam, with all these thoughts of not being able to pass or getting a low grade, have you ever secretly wished that the exam should be postponed? This is something not most people wish for, but it can’t be that no one does!
A postponed exam leads to more days of studying! More days of parents asking you to use you time well and study. What do most people do?  End up studying the night before!

I’ll study well next year!:
This is the thought almost everyone gets.
This ‘study cycle’ repeats for many, once it starts, there’s no stopping it.
Felt like ‘been there, done that’ for any of these? No worries! You aren’t the only one! We’ve all been there at some point.