Have you ever seen rocks move on their own?

California’s ‘Dead Valley’- Racetrack Playa, a dry and sandy lake bed, is the home of the ‘sailing stones’. No one has seen the stones move on their own, but the meandering trails left behind by these stones suggest that they have moved. They scrape the dry ground to form a path as they move.

Not all stones in Racetrack Playa move. Some seem to have made 90-degree turns while some flip over. Others can travel up to 1,500 ft. , the tracks take over three to four years to develop.

Just like the distance covered by these stones differ, the distance they travel in differs too. Two rocks may travel together for a time, but they go on separate ways eventually. One may even stop while the other moves forward.

Another suggestion was that a localized magnetic effect is responsible for the movement of the rocks. The absence of magnetic elements like iron and the fact that the stones were moving in different directions ruled out this theory.

Dr. Paula Messina had been conducting research on these moving rocks and suggested that the rare combination of wind and rain would case the stones to move. This would require a 1/2 inch rain which would wet the ground and provide a firm yet slippery surface. This condition might result in strong winds of 50 mph or more to move the rocks along the mud.

Brian Dunning, a California researcher, suggested another theory on his Skeptoid Podcast. His theory involves thin ice, water, and the wind.

“Solid ice, moving with the surface of the lake and with the inertia of a whole surrounding ice sheet, would have no trouble pushing a rock along the slick muddy floor… As the wind shifts and the flow ebbs, these ice floes drag the rocks across the slippery mud surface in zig-zagging paths, even moving heavy rocks and sometimes dragging some but washing past others nearby.”

NASA researcher Ralph Lorenz conducted a tabletop experiment to show how the rocks moved with the help of ice, water, and the wind.

While all these scientists were only able to conduct research and experiments from their home, Oceanographer Richard Norris and his cousin James Norris proved that the ice-water-wind trio is indeed responsible for the movement of the stones.

The research team set up rocks with motion-activated GPS units and time lapse cameras and succeeded to record the very first footage of the stones moving across the desert.

‘It turns out that jagged plates of thin ice, resembling panels of broken glass, bulldoze the rocks across the flooded playa. Driven by gentle winds, the rocks seem to hydroplane atop the fluffy, wet mud.’ – the scientists revealed.

This video has shown how the smaller rocks move, but we still do not know how the big boulders move- that remains a mystery. 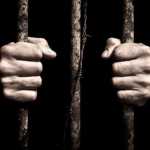