Strange patterns appear overnight in farmers’ fields and are discovered in the morning by surprised locals. What are these patterns and how are they formed? These patterns are known as Crop Circles, and the cause of their formation is still a mystery to us.

Some claim that Crop Circles have been appearing since the 1600s based on the legend of ‘the mowing devil.’ A rich farmer asked a poor worker to gather the oats from his land as they were now ripe and fit for mowing. The worker asked for a reasonable amount for all the hard work, but the farmer refused. He offered to pay much less than the worker deserved and hence arose a problem.

The poor worker realized that he couldn’t afford to be in a bitter relationship with the farmer and hence offered to cut the oats for the said price. The farmer exclaimed that he would rather have the ‘devil himself’ cut the oats than let the worker do it. That night, the farmer came to know that his land was consumed by flames. According to the original text:

“…the inquisitive Farmer no sooner arrived at the place where his Oats grew, but to his admiration he found the Crop was cut down ready to his hands; and if the Devil had a mind to shew  his dexterity in the art of Husbandry, and scorn’d to mow them after the usual manner, he cut them in round circles, and plac’t  every straw with that exactness that it would have taken up above an Age for any Man to perform what he did that one night: And the man that owns them is as yet afraid to remove them.”

In this story, the crops were cut and not laid down. Hence, we cannot call this the first appearance of a crop circle.

The first crop circle appeared in 1966. A sugarcane farmer from Tully, Queensland claimed that he had seen “a saucer shaped craft rise 30-40 feet from a swamp and then fly away“. When he went to the location, he found “the reeds intricately weaved in a clockwise fashion on top of the water. The woven reeds could hold the weight of 10 men”.

Circles began to appear in the English countryside in the 1700s and the patterns started to get more complex and the appearances more frequent since then.

So, who or what makes these crop circles?

Some claim that natural causes create these patterns. Meteorites, tornadoes, storms, whirlwinds have been blamed but no evidence has been found. Stephen Hawking claimed that Crop circles “are either hoaxes or formed by vortex movement of air”.

Magnetic iron has been found distributed around the circles and it has been claimed that crop circles can be formed when crops are electrocuted.

Paranormal theories suggest that aliens visit our planet to make these patterns and then go back. Some also say that aliens use ‘invisible energy beams’ to create them from the space. This explanation seems unlikely as aliens won’t care to make patterns at only those areas which can be easily accessed by people.

The only proven theory is that crop circles are created by human beings. September 1991 witnessed two men, Bower and Chorley, confessing that they had created a few crop circles in various places as a prank to make people believe that aliens and UFOs exist.

Scientists have found out that crops within a crop circle behave in a different manner than crops outside it and hence have concluded that there must be something other than humans involved which they cannot yet explain. 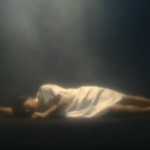