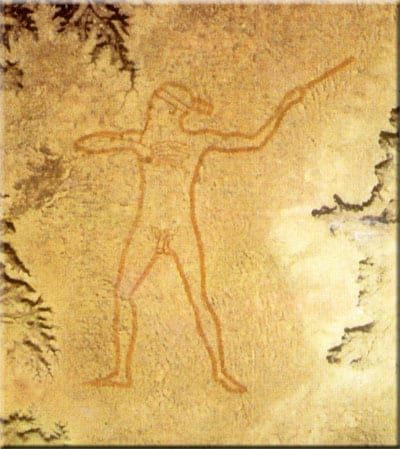 Australia has long been a place of mysterious animals, plants and tribes – those that are friendly as well as those who might kill and skin you.  Amidst all this, in the plateaus of Finnis Springs, lies a detailing that no one could make head or tail of. 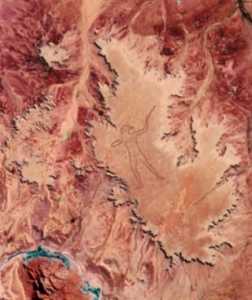 Here’s the Mysterious Marree Man as taken from the air in June 1998 when it was discovered by pilot Trec Smith. The geoglyph fascinated as even after 17 years, no clue could be found as to who created it. Expanding over 4.2 km and a perimeter of 28 km, it is made by raking several lines 20-30 cm deep. Currently, the site is closed to public after legal actions by the tribes, but it can still be accessed by air.

The climatic conditions have caused little change but over the years, most of it has disappeared since it was not very firm to begin with. It can no longer be seen from the air, but is visible on Google Earth when you zoom into at least 50 m of it. As of yet, only around 70% of it is still visible on the ground. 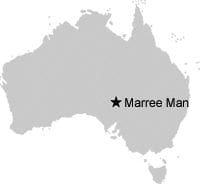 It is a huge glyph depicting a man throwing a stick or a boomerang. But here’s something mysterious:

In 1999, officials were anonymously tipped off about plaque buried 3 m under the figure around its nose. The plaque turned out to be an American flag with an imprint of the Olympic rings. It read:

“In honor of the land, they once knew. His attainments in these pursuits are extraordinary; a constant source of wonderment and admiration.”

The quote is taken from the book The Red Centre by H. H. Finlayson and appears in a part that describes hunting by throwing sticks. Bardius Goldberg, an artist who died in 2002, has been credited with the work as he wanted to create a work visible from space and also received $10,000 when the work has discovered the source of which is uncredited. 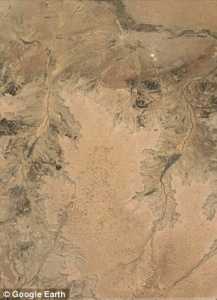 It is unusual that such a huge geoglyph was created without prior knowledge to anyone, especially in an area governed by the aboriginal tribes, which is why the Australian government had to close it from public view. The are falls under them and cannot be trespassed which makes the question of its creation even more fascinating. 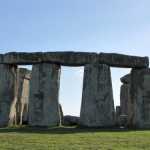