Cities come in all shapes and sizes-but through history, being well planned is, as cities go, a virtue. Best planned cities are hard to find.From the ruins of Mohenjo Daro and Harappa to the organized cities of today, well planned cities never fail to wonder. As wondrous things deserve documentation and commemoration, here are the ten most well planned cities in the world, as per reliable sources like the India Times and UNESCO.

We have compiled a list of best planned cities!

The sovereign city state of Singapore, located in South East Asia, is also the only island city state in the world. With its well developed infrastructure, its perfectly designed neighborhoods and public spaces, this is an incredibly well planned city indeed.

An union territory of India that serves as capital city of both Punjab and Haryana, this was one of the early planned city of post independence India. A well planned city indeed, its master plan was the work of Swiss-French architect Le Corbusier.

The largest city in Switzerland and the capital of the canton of Zurich, this picturesque city is located at the northwestern tip of the Lake Zurich. This is a city that is connected to the the countryside, with a well functioning transport system.

The capital of South Korea, this is a metropolis teeming with modern skyscrapers, high tech subways as well as relics of the indigenous culture, like old markets and Buddhist temples. The great magnitude of the city, as well as its efficient transport system, adds cohesion to this conglomeration.

The most populated city of Denmark, its capital city Copenhagen is also one of the most well planned cities in the world. Its popularization of the use of bicycles is also a great step forward in sustainable, environment friendly urban living.

While the central location of this city was vital to its being crowned the US capital, this is not where the merits of the District end. With its organised roads, and its wide array of monuments, this is among the most well planned cities in the world.

An efficient system of housing blocks, a canal system and a combination of old and modern architecture qualifies this beautiful European city as one of the most well planned cities in the world.

Rio de Janerio’s successor as the Brazillian capital, this is not only a very well planned city but also an uniquely planned one-being in the shape of a huge bird!

Paris is widely celebrated as an uniquely beautiful city, a romantic one and a significant cultural hub. In addition to being all these, it is also a very well planned city indeed. Baron Haussman renovated the city in the mid 19th century.

The largest city in Canada’s Quebec province, this is a very well planned city. Many of its boroughs were once independent cities. The second most populous city in Canada, it is set on an island. 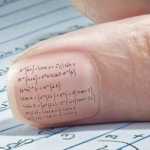 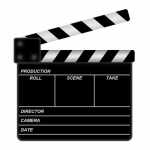