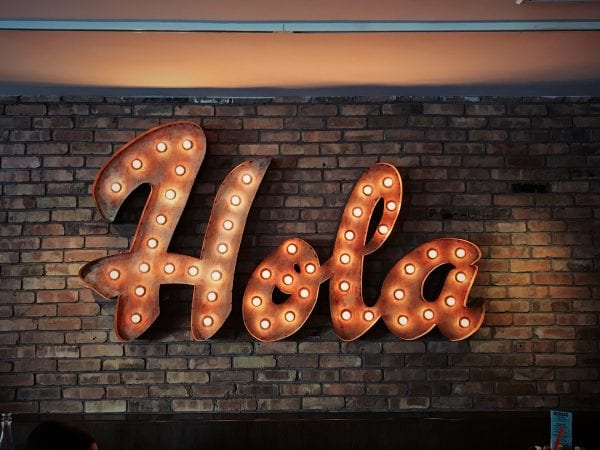 Which are some of the most beautiful words in Spanish?

I am sure we all remember the super hit track of 2017- Despacito by Luis Fonsi ft. Daddy Yankee was on the top of the charts of YouTube for sixteen weeks.

It has around 6.8 Billion views now. Have you ever wondered how a Spanish song became such a hit?

Well, many of us still don’t know the meanings and the terms, but we enjoy them, no? The Spanish language became a hit too, and Spanish words can be beautiful! 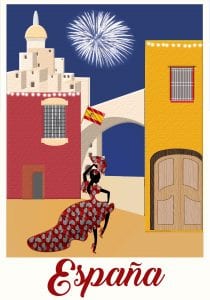 Spanish is believed to be one of the easiest languages to learn. One must learn Spanish because it is practically easy for English speakers. Its reach is quite broad too. It has only five vowels (a, e, i, o, u) and fewer consonant sounds.

Spanish is the World’s second most spoken language. Not only English speakers, but it is also easy for Portuguese, Italian, and other related romance languages too.

Their pronunciation is simple and straightforward too. Words are pronounced the way they are spelled. However, the grammar is a bit different than English.

Spanish is one of the most beautiful languages in the world.

It almost consists of 250000 words. But, one can be fluent in Spanish by just learning 5% of them. Expand your vocabulary and mind.

Here are some wonderfully unique Spanish words to introduce you to a world of new ideas and expressions.

Here are the best ways to learn Spanish at home!

So, here we have some very simple and easy to learn that you can teach in your daily Spanish conversations. This will not only make you a smarter person who can use an additional language but will also ensure your command over Spanish.

You can hold better conversations with your Spanish clients too. So, let’s first know some basic terms. We first need to learn ways to greet. 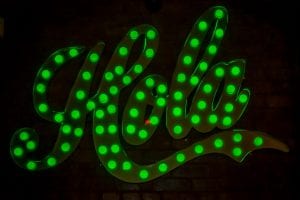 Hola is a term used to greet people. It means hello or hi. The term ‘Hola’ can be used at any time of the day. It can be used both formally and informally.

So, instead of saying hello, you can now use hola and say ‘Hola! Como Estas’. This means hi, how are you?

This one of the most common Spanish words. Mostly everyone knows some basic Spanish. 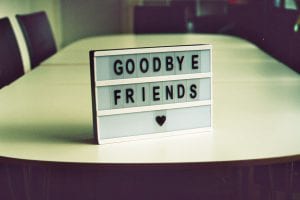 One of the most used terms for wishing goodbye is ‘Hasta la vista’. It means until we see each other or bye. However, there are many more Spanish terms and phrases that can be used to wish goodbye. Like you can also say ‘nos vemos’, it means – see you!

‘Adios’ is also a commonly used term for the same. It means goodbye. We often hear ‘Adios Amigos’. This means goodbye, friends. Bye can simply be said as ‘Chao’. 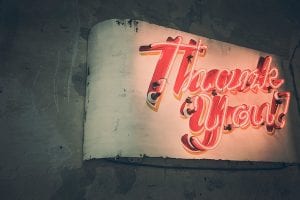 ‘Gracias’ is a term used to express gratitude. It means thank you. The appropriate word is ‘Gracias or Bien gracias’.

You can also use ‘Muchas gracias’. It means thank you very much or thanks a lot. It can be used for all occasions (formal and informal).

However, while thanking friends and family, ‘Te agradezco mucho’ can be used. It means the same as thank you very much but in an informal manner.

Similarly, ‘You are welcome’ can be expressed as ‘De nada’. And excuse me can be said as ‘perdoneme’ (similar to pardon in English)

‘Señorita’ is the Spanish word for a young lady. This term is widely used. It is used to refer to Spanish speaking, young, unmarried woman.

It is similar to miss in English. Kids even use Señorita sometimes for female teachers in primary school.

‘Señorita Hermosa’ means beautiful young lady. There are even songs on señorita. One of them is by Camila Cabello and Shawn Mendes. This song was a big hit in 2018. 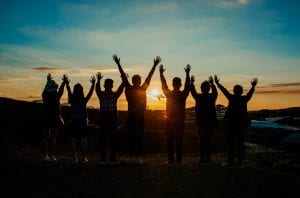 Friendship is the biggest virtue and blessing. Amigo is the Spanish word for friend or buddy. Amigo is masculine, and amiga is feminine. Similarly, their plurals are Amigos and Amigas.’

While trying to make friends, in English, we say, ‘would you like to be friends with me?’. In Spanish, it is noted as ‘quiseirsas ser amigo/amiga?’.

Did you know that Spanish is regarded as the most romantic language? Well, shouldn’t lovebirds now learn Spanish? The reason is good enough.

Indeed, English is termed as ‘world’s language’ due to its commonality, but Spanish isn’t too behind. It is the third most spoken language on the internet. It is also the world’s 2nd most studied language. Spanish words are beautiful, indeed. 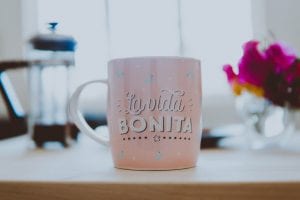 Bonita means beautiful, pretty, cute. It is often used as a feminine name (a name given to girls). An apt example would be- Bonita Granville was an American actress and producer. A Bonita is usually an enchanting, cheerful, free-loving soul.

She is kind, courageous, empathetic, and intelligent. Who places a high priority on the value and roles of partnership in any relationship and is beautiful inside and out is termed Bonita. 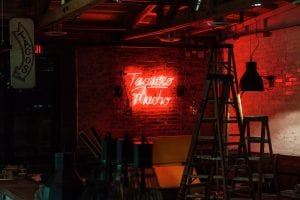 ‘Amor’ means love or affection. Spanish is called the most romantic language. Rich with passion, Amor is a beautiful term indicating the intriguing feeling of love.

In English, the term love is used for everything we like- our friends, a movie, food, etc.

These are all different forms of likeness, but the same term is used for all.

However, the term Amor is specially used to express one’s affection and feelings for another. Next time you confess to someone, use ‘Te Amo’- it means I love you.

You can also add ‘mucho’ to it. Mucho means ‘very much’. For instance, ‘Te Amo mucho.’ 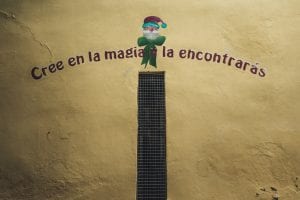 Esperanza is a feminine name given to Spanish girls. It means hope. However, it can also refer to promise, expectation, or confidence. Hope is a word that gives a lot of courage and strength.

In Spanish, this term is indeed beyond beautiful. The word ‘Esperanza’ has been derived from the Latin name Sperantia, derived from sperare that means ‘to hope’.

Vivir means ‘to live’. It not just implies mere existence but also to live with life. That means to live with a purpose or live with passion.

It can also mean to reside or live somewhere. The term vivir is derived from the Latin term ‘Vivere’ which means ‘to live’. Thus, ‘Vivir’ is one of the most beautiful Spanish words.

Dulce means sweet. It is not just used to refer to the flavor but also as a compliment. Dulce can be used for the taste of a dish or dessert.

It can also be used to refer to the nice or sweet behavior or personality of someone. For instance, ‘Eres dulce’ means you are lovely. Or Esta dulce- It means a sweet taste or flavor. 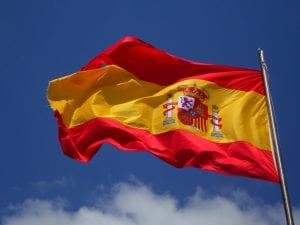 Did you know? Spanish is the second-most spoken language of the world after Chinese (around 1.2 billion). One must have always thought it is English. 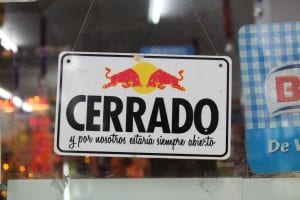 Now that we saw how beautiful Spanish could be let’s see some unique Spanish words.

‘Sobremesa’ is one of the Spanish words that does not have an accurate English translation. The translator would show the desktop. However, that is not the correct meaning. Sobremesa is the chat or talk that goes on after finishing a meal.

Did you know that Sunday is called ‘Domingo’? Similarly, dominguero is a Spanish term that also means Sunday. However, it is used to refer to tourists or city dwellers to travel to the countryside or go for outings on the weekend.

To be precise, tourists who head out in shorts for fun along with family and kids.

Botellón is a social practice that is common in the Spanish youth. Even though its English translation means a bottle, it isn’t the same.

It refers to an event sort of activity or place where young people often meet and drink alcohol. However, it doesn’t refer to a bar or club. It usually takes place outdoors. 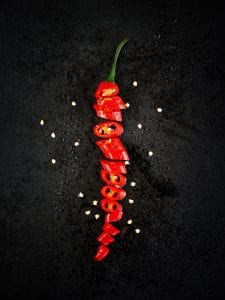 A unique word is ‘Enchilarse’. It is a verb in Mexican variations of Spanish. It does not have an English translation. This term is used to describe the circumstances or feeling when one has eaten something too spicy.

Something so spicy that is beyond a person’s tolerance. It is used for situations when all the stuff is way too spicy for you to handle.

Spanish is also called Castilian. Spanish speakers can be called both Espanol and Castellano. However, Castilian is mostly used to refer to the Spanish of Spain.

A mind-blowing fact about the Spanish language is that one of the World’s most successful soap operas was in Spanish. Its name was ‘Betty la Fea’ (meaning- Betty the ugly one). It was so famous that it was dubbed into 15 other languages as well.

This show was broadcasted in around 90 different countries. No wonder the Spanish language lays an impact!

Now let’s look at some adorable and funny Spanish phrases. These are some phrases that can enhance your Spanish vocabulary. 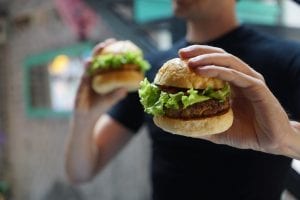 Spanish phrases are fun. One of the commonly used phrases is ‘pica el bagre’. This means the catfish is biting me.

No, it is not supposed to be used in its exact meaning. However, it is used to indicate that one is very hungry.

So, next time you’re starving, amp up your style and request food by saying, “me pica el bagre”. It expresses hunger or starvation. 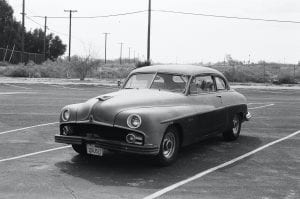 One of the hilarious Spanish phrases is ‘ser del año de la pera’. Its English translation is ‘to be from the year of the pear’. In a literal sense, there is no year of the pear. It just doesn’t make any sense.

But, it refers to someone or something that is extremely old. Just in English, we say ‘from another era.’ This is similar. Something old, out of the trend, can be termed this. 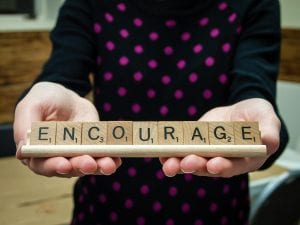 There is a commonly used phrase in Spanish called ‘Ponerse las pilas’. Its English translation is ‘to put batteries’. That is a funny translation. But wait, that’s not the exact meaning.

To reject someone, in English, we say ‘to give somebody the brush off’. In Spanish, the same is stated as ‘Dar Calabazas a alguien.

Its translation is to give pumpkins to someone. It has nothing to do with melons or pumpkins, though. This commonly used phrase indicates rejection or dismissal. 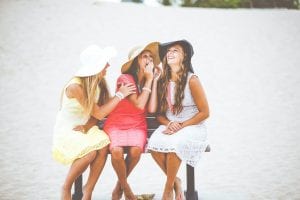 We all have at least one friend who is a chatterbox. At times, we get annoyed by how much that person babbles. For such situations, the phrase, ‘Comiendo Moscas’ is used. This means eating flies.

However, it is commonly used in Latin America and Spain for a person who speaks continuously or is so talkative that even flies can get into the mouth as they have their mouth open all the time.

Click here to view some funny Spanish idioms and their meanings.

An exciting thing about Spanish words is that if you can spell it, you can pronounce it. Yes! It is phonetic.

If you can spell words correctly then you will automatically learn it’s pronounciation. Also, Spanish and English have a similar vocabulary.

Both these languages derive many words from Latin and Arabic and use Roman script. Around 40% of English words are related in Spanish.  So, it is much easier to learn Spanish as compared to other native languages.

These were some lovely Spanish words and phrases. When used commonly in English, they don’t sound as attractive. However, when spoken in Spanish, they sound different. No wonder it is called the most romantic language.

Here’s how to buy the right Spanish dictionary for yourself.

Let us know some Spanish words that you think are lovely. Share your thoughts in comment section below.

Gracias por leer! Oh! It means thank you for reading.

Made for big dreams and brighter skies. 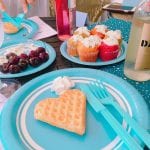 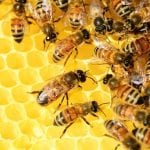