A former Google employee of Indian origin, reportedly owned Google for just about a minute in the small hours of the morning of September 29th.  Sanmay Ved, the man of moment, is being hailed all over the world as the ‘man who bought Google’ for a meagre sum of twelve dollars, all thanks to a technical glitch in the cryptic system of the king of all search engines. He accounted for the whole fiasco saying, “I was learning more about the Google Domains interface, and typed google.com and clicked search domains. To my surprise, Google.com was showing as available!” He further adds: “The domain actually got added to my cart as seen by the green check-box, and the domain appeared in my cart.”

Sanmay, who is pursuing a degree in MBA from Babson College in Massachusetts, made a transaction of $12 from his credit card and voila! Google was his in just under a fraction of a second: “I was hoping I would get an error at sometime, saying transaction did not go through, but I was able to complete the purchase, and my credit card was actually charged!” Following this, he was flooded with e-mails from  ‘scnoreply@google.com’, and  ‘wmt-noreply@google.com’, e-mails which are usually sent after the domain is bought, granting him free and open access to private information about the search giant. As further confirmation of this transfer of ownership, Google search console for sites powered by Google did indeed read the new ownership details.

In September 2003, a similar inadvertent error in technical set-up had landed Microsoft in a soup when it forgot to renew its Hotmail UK domain, leading to Microsoft being up for sale in the open market. The error, however slight or inadvertent, had led somebody to pick it up, and Microsoft had to jump through hoops to reclaim ownership. Although what caused Google to let this major slip-up go overlooked is not known, Sanmay has not let his ‘one-click wonder’ get to his head. In fact, far from letting the greed of an ill-gotten fortune cloud the better part of his judgement, he swiftly contacted the company’s administrators to fill them in about the oversight that had crept into their system, which could, very well, have fallen into wrong hands. In the same blog post on LinkedIn, Sanmay writes:  “I have reported the incident to Google Security. Google has reverted, has acknowledged the incident, and is investigating into the incident.”

Following his prompt report of the strange account, Google revoked his ownership, and within a minute or two, it was all over and done with. Google on its part, acted with the chivalry that is expected of the colossal empire of a search engine, and offered Sanmay a handsome cash reward for pointing out the snag in their system. And though the exact amount has not been revealed by the company or the man in question, Sanmay did reveal that the amount was well over ten thousand dollars. He, however, refused to accept the amount, insisting that his actions were not prompted by the yen of a shallow, material gain of easy money, that he would never reap the harvest of an ill-gotten gain, but that he acted solely out of curiosity natural to a young man of his age.  In an interview with the ‘Business Insider’, he explains his stand saying: “I don’t care about the money. It was never about the money. I also want to set an example that it’s people who want to find bugs that it’s not always about the money.”

Sanmay, however, soon changed his mind and in an addition to his previous LinkedIn blog post “asked that the money be donated to charity to the Art of Living India Foundation.” Google, only too glad, doubled the amount to be donated to Sanmay’s charity of choice which, according to reports, operates globally in 154 countries, and in India alone runs 404 schools across 18 states, providing free education to 39,200 children, living in deplorable, poverty-stricken areas, slums and remote rural pockets of a country where education is a privilege to many.

Sanmay’s post also brings out his wry sense of humour in his tongue-in-cheek description of how Prime Minister Modi’s visit to Facebook and Google for implementation of a digital India ‘did work wonders’ after all, for the very next day it “ended up convincing Google to sell what is perhaps their most prized possession to a person hailing from the small city of Mandvi in the Kutch region of the Indian Prime Minister’s home state…albeit just for a minute or so.” Alternatively, he adds, some ‘divine force’ must have been witness to his heartfelt love for Google and decided to reward him with its ownership for being a loyal ‘Googler’, even if it lasted for only a little over a minute. 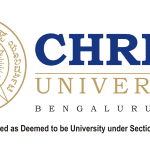