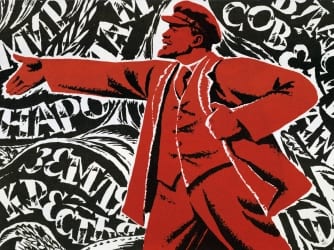 The novel ‘We the Living’, was the first work published by Ayn Rand in 1936. The plot was well-knit in the back drop of Soviet Russia. The author has brought out the political situations in post-revolutionary Russia. She portrayed the effects of Communism and its impacts on the social life in both political and economic spheres. 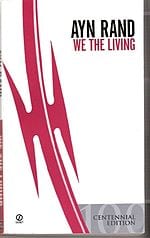 She had taken the character Kira Argounova, the younger daughter in a bourgeoisie family and cascading changes in her life before and after the birth of communist society. The protagonist Kira is independent girl with lively spirit aspiring to become an engineer. Unlike her family members, she is bold enough to face the problems to bring a fruitful change in her life. She is the symbol of ‘hope’ even in utter despairing conditions. As a result of communist ingress, the bourgeoisie are exploited and Kira’s family is not an exception. Their properties and possessions have been seized.  Somehow her father started up a small textile shop, a shade of the older one they possessed.

We the Living “is as near to an autobiography as I will ever write. It is not an autobiography in the literal, but only in the intellectual sense. The plot is invented, the background is not…”

Their lives had been devastating with all the assets being seized by the succeeding Red-army. The realistic approach of the author takes the reader to a small tour to Communist Russia.  Kira was not shattered by her problems and focuses on her aspirations. She receives labor card and joins the technological institute. Although her parents were disdained with her for such a strange wish, she kept working hard.

“Well, I always know what I want. And when you know what you want–you go toward it. Sometimes you go very fast and sometimes only an inch a year. Perhaps you feel happier when you go fast. I don’t know. I’ve forgotten the difference long ago, because it really doesn’t matter, so long as you move.”

She met Andrei Taganov, a revolutionary member of Red army and her co-student. He develops a strong respect for Kira. They later turned up as good friends in spite of conflicting political views.  In between Kira accidently met with Leo Kovalensky, who initially mistakes her to be a prostitute.  When they knew each other well, they were both in same strand and fell in love. Kira flees with Leo to lead a life of happiness and devote her entirety to him. They faced trouble some situations one after the other. Due to the government order which prevents bourgeoisie students from joining the college, Kira was fired. Amidst all the riotous incidents, the bond between Andrei and Kira strengthens. Andrei slowly falls in love with Kira. At the same time, Leo catches tuberculosis. But Kira could not finance for his treatment because of poor economic condition. Now her plight is admiringly explained. 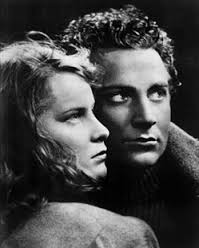 She is a confused state of to what she had to do to save Leo and at the same time to be in good terms with Andrei. Finally, after putting so much of thoughts into the matter, she accepts to be Andrei’s mistress. This was quite an unexpected turning point in the story. She uses the money for Leo’s medical aid. At one point, Leo’s character started deteriorating into a bad, immoral person with full of greed. The novel had a real turn here when Leo and Andrei disputes directly in a illegal business matter. Now the author still goes deep into human mind to explore the reality.

She beautifully narrates the conflicting emotions of Kira, Leo and Andrei. Leo decides to leave Kira. Kira is smashed by the very idea and leaves to the border. Here was an unforeseen ending for Kira; she was shot by the border forces. Through Kira, Rand depicted the chivalrous nature of an ambitious girl. The plight of the character describes the actual tumultuous part of post-revolutionary Russia. 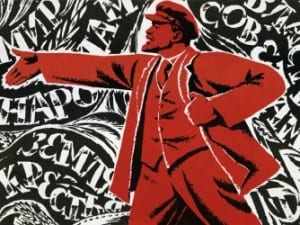 The author’s description of the political realm is inimitable. It is semi-autobiographical depicting politico-social life. The importance of individualism and the relationship between the state and individual is explained in the form of fiction.  The novel takes us to the steep nature on every character with their reactions to the political situation. It is phenomenal and doesn’t read like her first work. Actually it is a real page turner, a real intriguing work. 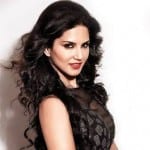