I would kill to go back to my childhood days. Those carefree, stress-free days when I used to simply plop myself in a pillow fort, wrap a quilt around and sit with my jar of Nutella for long hours in front of the television.

Some cartoons really had our hearts whether it was Powerpuff Girls or The Flintstones cartoons. Though it sounds unproductive and fattening, you know deep down that those days were truly blissful and plain fun.

Let’s get back to the point. I write this article today to share my obsession with the Yabba Dabba Doo Cartoon of all time – The Flintstones cartoon. Lord knows anyone who has watched this cartoon, would be able to ratify this obsession. It was so good, that every time I watched it, I wanted to jump up and scream YABBA DABBA DOO like Fred does. Fred and WIlma were my obvious favourite. That cartoon was gold! Here I’ll share with you ten facts about the Flintstones that are a Must Know, so yabba dabba doo and stay put.

1. Flintstones were supposed to be Flagstones.

The Flintstones was created by Hannah-Barbera after multiple hits and misses after their super hit show Tom n Jerry with the Metro Goldwyn Mayer Productions. However, the first name that given to this gorgeous creation was Gladstones, then it was changed to Flagstones.

After they discovered another comic strip in the name, finally it was named Flintstones; and in a way, I am ‘glad’ that happened. A pilot too was made with the name Flagstones, but it got sacked. The name Flintstones stuck and the rest, as they say, is a page right out of history.

The bonus fact is the truth I couldn’t stop myself from sharing. The original Flagstone pilot was made in 1959, but no one had actually seen it. All of a sudden, the search for this hidden treasure began and it was found from the New York storage warehouse. It finally aired in May 1994. It was the missing Golden City for the animators.

You must be thinking, what’s wrong with sharing a bed? Well, the time when the Flintstones first aired was the 50’s. The US population, and the population all over the world, was extremely conservative. On television, couples were shown to be in the same room, but never sharing the same beds. Fred and Wilma Flintstone were the first ones to break the Taboo by sharing a bed on screen. Since it was just a cartoon, there wasn’t a lot of fuss about it.

It is not something to be proud of. Smoking causes cancer and kills. Do Not Smoke. But come to think of it, cigarettes were of great popularity back then, and just like any other sponsored show; The Flintstones too did a good job at advertising Winston cigarettes.

You must know, this was not just a random Winston cigarette being placed somewhere around randomly to give attention, there was a whole Flintstone commercial. In defense of my favorite cartoon, they did switch to advertising Welch’s grape juice later. Now, that’s healthier than cigarettes.

For being just a cartoon series, The Flintstones dealt with some pretty sensitive real-life problems. Moreover, this was the first for a children’s show and each subject was dealt with in a subtle yet meaningful way. An episode is completely dedicated to the undying wish of Barney and Betty to birth a child, them learning about infertility, the adoption failing at the last moment that pushes Barney to kill himself, and finally, Bamm Bamm entering their life. These subtle nuances are what really made The Flintstones special.

As per the original script, Fred and Wilma Flintstone were to have a baby boy to spice up the family dynamic. That is when the merchandising head of The Flintstones rang up Barbera to confirm if the rumors were true. Barbera affirmed that they were planning to introduce a baby boy. This is when the merchandising head informed, they had the ideal Girl toy for the Flintstone baby, only if this wasn’t the case. Without a flinch in his voice, Barbera said, ‘It is a girl’. And folks, that is how our beloved Pebbles was born.

Think of the Flintstones, and your brain goes; ‘Flintstones, meet the Flintstones….’, that is the magic of a catchy theme song. But did you know that The Flintstones did not have a theme song up until the third season? It just had an opening credit of music named ‘Rise and shine’ (Kylie Jenner fans get goosebumps here).

But the song got so popular and so closely attached to the series, that it never even dawned upon people that it wasn’t a part of the show earlier. The song was so well received that it was re-mastered for The Flintstone movies too. Yabba Dabba DOO!

After the great success of The Flintstones, Hannah-Barbera stepped into the ring to build another show of the same magnitude. Well, there is no questioning their immense talent and creativity, but this time they lacked any original ideas.

The bulb just did not seem to be lighting up. Due to the scarcity of ideas, they just simply thought of flipping the idea of the prehistoric family, into a very futuristic one. And boy oh boy did it click! The Jetsons became one of the most loved shows around the world with various spinoffs, comics, and videogames adding to the lot.

The designers for The Flintstones had earlier made their designs resembling scraggly, unkempt and slouchy prehistoric humans. But the designs did not appeal to Barbera, and they were brushed up. Really well.

The characters ended up wearing prehistoric dresses with a modern twist, complete with bow ties, chokers, earrings, and whatnot. Let’s not forget the well-polished character framing and modern amenities with a prehistoric twist. Well, I want a mammoth shower too!

Last but not the least, being the hopeless romantic that I am; I must write about love. Jean Vander Pyl voiced Wilma up until her death, and she was convinced that even though the couples in the show had arguments, Fred and Wilma were totally in love with each other. It was the love in the voice, and arguments that made everything more appealing and acceptable. And I am convinced.

I'm a practicing lawyer trying to find my share of sanity and peace by writing tine tales. 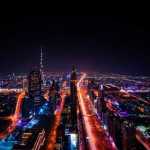