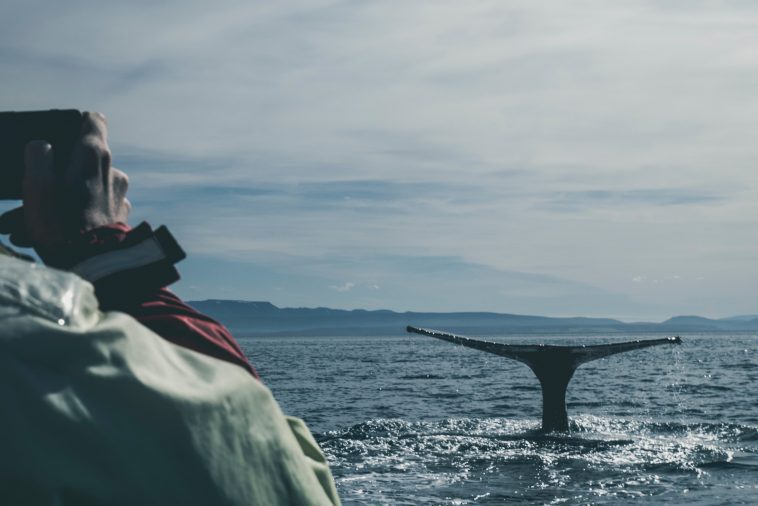 Whale watching on Cape Cod is one of the matchless ways to witness the special landscape of nature, numerous species and biodiversity, nautical history in the Cape Cod region while you go on an outing. The local Whale Watching season of Cape Cod falls between the middle of April and late October, which offers ideal weather for seeing the gigantic whales. Although you can spot these huge mammals all year around the coast of Cape Cod, if you are nearby and it is not the season, you can still try your luck there and go for Whale watching in Cape Cod.

Although charges of whale watching depend on what season you’re going and if it’s peak season or offseason, but you can expect the adults to get charged around $46.75 and children $22.25 on an average. Veterans and seniors might get some concession. Also, if you are thinking of local shopping, keep an eye on the discounts and offers.

Whale Watching in Cape Cod generally occurs in the daytime, although some whales watching companies make the most beautiful sunset sceneries to the outings and return. Whale Watching sessions can last around three to four hours, although private companies can allow you some more time for whale watching Cape Cod.

Species of Whales That You Will Get to See in the Waters of Cape Cod:

Below is the list of Whale species your most likely to encounter on your Whale watching session in Cape Cod. 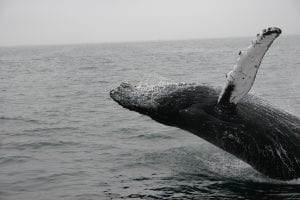 According to NOAA, Finback whales are the second-largest among all whale species.  Finback whales are as long as seventy-five feet and weigh over forty to eighty tons. Finback whales can be bigger than the Humpback whales, but they can swim much faster and with ease with the help of their streamlined head, which resembles the shape of the alphabet “V.”

Finback whales also have an extended life of eighty to ninety years. Finback Whales are the second largest, largest whale species being the Blue whale. It is believed that Finback whales and Blue whales usually mate with each other, which produce hybrid whales.

Like the Blue whale, the Finback whales’ sounds are among the lowest frequency sounds which an animal can produce on the earth.

Finback whales and the Humpback whales eat only in the summer, which offers the tourists a sight to see, the whales preying on different species of fishes and squids and holding them in the sides of their mouth while Whale watching on Cape Cod. 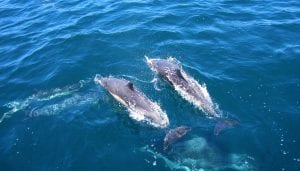 Humpback whales are such an acrobatic creature which will give you value for money. You won’t regret it at all! Humpback whales are famous for “breachers,” which means they come out of water jumping, which makes the splashy visuals and sounds and is a spectacular experience on its own while whale watching on Cape Cod.

Humpback whales are one of the noisiest species in the waters of Cape Cod. Their single whistle or song can last up to some minutes.

There is an abundant amount of Humpback whales in Cape Cod. Their slow swimming and playfulness, which is less likely in other species, make them a must-see. Whenever you go to Cape Cod for whale watching, try not to miss this marvelous species of whale.

Humpback whales are 38 to 50 feet long and have the largest pectoral fins, up to twelve feet long.

NOAA (National Oceanic and Atmospheric Administration) says that the food of most of the Humpback whales is inclusive of krill, plankton, and small fishes. Humpback whales can intake around food weighing around three thousand pounds every single day! 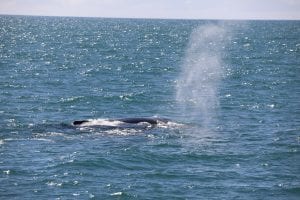 Minke (pronunciation: Min-Key) whales belong to the three smallest whale species, which can grow about 35 feet long. Although they are smaller than other whale species, their smaller size doesn’t affect the sense of curiosity of these Minke whales. They are naturally curious like the humpback whales and sometimes prefer idleness.

Minke whales create long arches in their backs as they dive in deep.  They stay underwater for more than fifteen minutes once dived.

Pilot whales can easily be identified with their head shaped like a melon and stocky body.  These whales are twenty-foot-long and are more social than the previously mentioned three whales.

Pilot whales tour in bigger groups that contain over 20 whales. Pilot whales are more relatable to dolphins than the other whale species, and some can even be linked with shark species shark.

On the NOAA report, Pilot whales can dive as deep as 2000 feet to feed themselves dogfish, cod, and other types of sea creatures.  Fortunately, their hunting is mostly done at night, which doesn’t cause a much bigger performance for the sightseers.

Right whales are an endangered species of whales, with only 450 left in the North Atlantic. Due to their scarcity, visitors feel lucky to one or two rare glimpses of Right whales.

There are various reasons behind the extinction of Right whales.  As listed by NOAA, some of them include fishing gear entanglement, ship collisions, habitat loss as the primary factors. This is one reason the whale watch crew may maintain a bit more distance if the Right whales are spotted.

Rights are a beautiful species of whales with jet black color and a school bus size. They only feed on Zooplankton, and they feed themselves with their mouth being opened while gliding off the tiny patches of the small aquatic plants.

Where To Go Whale Watching on Cape Cod

Hyannis Whale Watcher Cruises is a whale-watching agency in Barnstable, Massachusetts.  You can expect $55 per person for a ferry, which lasts around four hours. You’ll get to see many whales here while whale watching Cape Cod. Credit and debit cards are also accepted here for payments. So no worries if you have not much cash with you!

Dolphin Whale Watch is a whale and dolphin watching tour agency in Provincetown, Massachusetts. Although whale watching is a daytime event, you can opt for the sunset session to see them hunting and having their meal. You’ll get a minimum of three hour’s whale watching Cape Cod here.

SeaSalt Charters is a whale watching tour agency of Provincetown, Massachusetts. You can choose a private boat and spend quality family time while watching the giant mammals while whale watching Cape Cod.

If you have come with your friends and your group is small, they will give you the option to share a boat with another group, which makes whale watching more affordable for you. Of course, the charges are much for private boats.

The best thing about BlueWater Entertainment Group LLC is they are open 24/7 for whale watching Cape Cod. 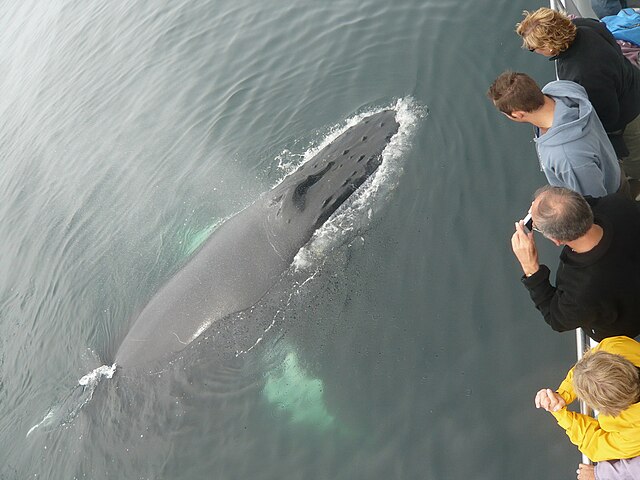 On some good (and rare!) days, you might unexpectedly spot thirty to forty whales grouped in the vast ocean while whale watching Cape Cod.

You can enjoy fishing as it’s mainly a fishing charter agency. Experienced captains will sail you to the places where most of the fishes are available.

You can also book private boats and charters for whale watching in Cape Cod.

Beth Ann Charters provide daily fishing throughout Provincetown, which is the farthest tip of Cape Cod.

They house up to 6 persons and have art fishing gear, electronics, safety gear required, and a bathroom for whale watching Cape Cod.

Cape Cod is renowned for its splendid coasts. No wonder why it is equally famous for its cruises, which provide the whale watchers to see beautiful humpback whales in their natural habitat.

Below are Some Interesting Things That Will Make You Visit Cape Cod At Least Once in Your Lifetime!

A video of whales in cape cod shot by Rami more.

Cape Cod is reputed worldwide for its significant population of whales, specifically from April to October.

The whales migrate to the region of Cape Cod to feed themselves with fishes.

In the area between Massachusetts Bay and Cape Cod Bay, Stellwagen Bank is one of the most famous whale watching in Cape Cod.

2. Cape Cod Has a Rich History of Whale Watching

The first-ever amusement whale watching trip to Cape Cod was arranged in the year 1975. Even after forty years, thousands of tourists still come to Massachusetts every year to get a sight of the world’s largest mammals and for whale watching to Cape Cod.

Cape Cod also has a history of whale hunting, although it was prohibited by the International Whaling Commission in 1986 to protect whales from getting endangered.

3. Several Species of Whales Migrate to This Area Every Year.

The waters of Cape Cod are overflowing with a wide assortment of marine life. The National Park Service announced over 450 species of animals, including seals, whales, waterfowl, turtles, crabs, and dolphins. You’re likely to get sights of seals sunbathing, gulls diving into the water for feeding themselves, and dolphins leaping out of blue splashing waves.

Most of the whale-watching Cape Cod company’s cruises provide you with sightseeing too. 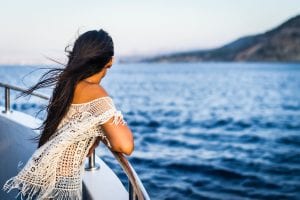 The sceneries you’ll come across while being on a whale-watching cruise in Cape Cod will easily remind you of what you have seen on National Geographic; the scenes are absolutely magnificent.

You can capture many shots of whales in original positions while whale watching Cape Cod. You can capture them being underwater partially or half from above your cruise, their tails splashing the waters, and you can even have time to see a giant whale breathing with almost ninety percent of its body above the surface.

Your visit to whale watching Cape Cod will give you guaranteed great photos.

Whale watching Cape Cod Companies and boat tour agencies that offer whale-watching trips only hire well-educated and knowledgeable staff; many may have completed a marine naturalist training course or collegiate studies in natural sciences. Listen to them cautiously, what knowledge and information they offer, and you might leave the place with an entirely new view of marine wildlife and whales.

While your whale guide watching cape cod shares some general info about many whales, some may even get to share the story of some humpback whales. The humpback whales have markings on the underside of their tails that are used to recognize them.

These special markings work similarly to humans’ fingerprints, making researchers identify a certain whale and follow them up.

Your guide may tell you stories of the whale’s travel history and even about their baby whales.

When you’re done with your whale watching in Cape Cod, you’ll still have a lot to discover in Provincetown, Wellfleet, and Hyannis.

You can plump for sandy beaches, historical lighthouses, walking trails that offer scenic beauty, and art galleries that will make you wonder and your trip to Cape Cod an all-rounder adventure. 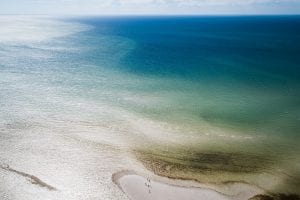 Whale watching is one of the unique adventures, and Cape Cod can be called Mecca of it. There are many locations where you can enjoy whale watching and some other activities too. So what are you waiting for? 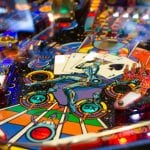 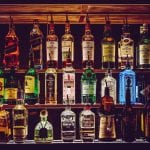